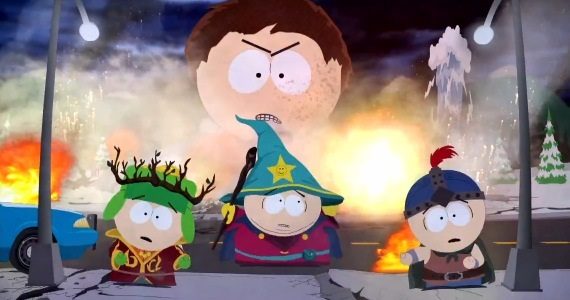 Ubisoft has announced that South Park: The Stick of Truth will launch on December 10th in North America and on December 12th in Europe.

BUT THAT’S NOT ALL!

If you pre-order The Stick of Truth you’ll earn yourself the Ultimate Fellowship pack, which comes with “four exclusive Stick of Truth costumes that come equipped with special abilities.”

BUT THAT’S NOT ALL!

The Grand Wizard Edition has been announced — which will run you $79.99 — and will contains the following: 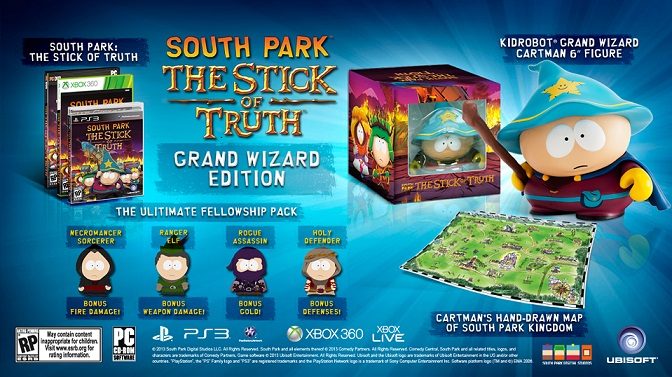 Oh my God, I am SO fucking excited for this game. I was in hysterics during the live E3 demo, and I can only imagine that was a slight taste of what’s to come. I practically grew up with South Park — in fact, before I even knew what South Park was I was sporting a South Park t-shirt because I saw the shirt at JC Penny’s and thought the characters were “cute”. Yeah. Imagine how that must have looked to parents. “Oh, there’s a little girl, no more than 8 or 9, wearing a shirt that depicts four rude, crude and inappropriate characters.” WELL PARENTS I HAPPENED TO BE A VERY CRUDE AND INAPPROPRIATE 8 OR 9 YEAR OLD SO IT WAS VERY APPROPRIATE.

It turned out  I wasn’t wearing that shirt for naught as South Park ended up being of my favorite shows. I was always known as the “cool kid” in my fifth grade class because  A) I was allowed to watch the show because my parents are the coolest ever and B) I could do (terrible) Cartman impressions. (I will never attempt those again, so please don’t ask.)

THIS GAME WILL BE PRE-ORDERED SO HARD.