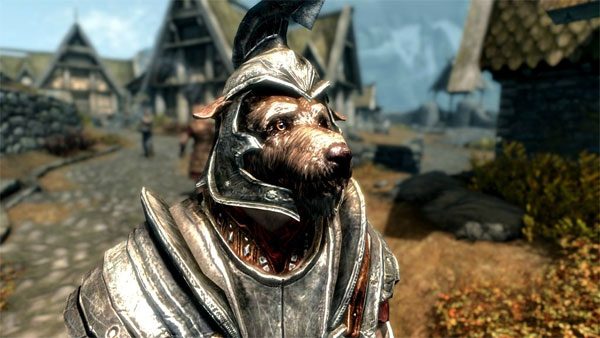 Andrew Reiner of Game Informer visited Bethesda Game Studios last month, because of this certain title called Fallout 4 that people are sorta-kinda making a big deal out of sortofkindof, and while he was there…oh, hell, just read the paragraph for yourself:

When I visited Bethesda Game Studios last month, Todd Howard and other key members from the development team walked me through Fallout 4’s creation. Early on in our talks, Howard smiled at me and said, “The first thing we did was port Skyrim to Xbox One.” After a brief pause, he quickly blurted out, “Don’t get your hopes up yet.”

Guys. GUYS. Like, like…like maybe I’m making this to be a bigger deal than it is, but holy shit sticks on a turd-ridden platter I would give my left…nay, both of my ovaries for Skyrim on Xbox One. Good LAWD I hope this is a thing that happens because I would make babies with it. Somehow. Don’t know if that’s actually possible, but nonetheless I would still try. (As you can probably tell, it doesn’t take much to get me excited. It’s the simple things in life, after all.)