I gotta say, in terms of treating your conference attendees like gold, Sony does it RIGHT. Just like last year, Sony provided free drinks (read: alcohol) and delicious noms for an hour and a half before the conference began.

Once the Sony conference began, though, it seemed like it would never stop. We’re talking two friggen’ hours of *mostly* filler content. That’s not saying it was a bad conference, but it seemed like a lot could have been excluded, and it hurts me to say this, but some of the games that were being demoed didn’t need to be there. And uh, where was Kevin Butler?! If you remember, he totally stole the show last year. Bah. 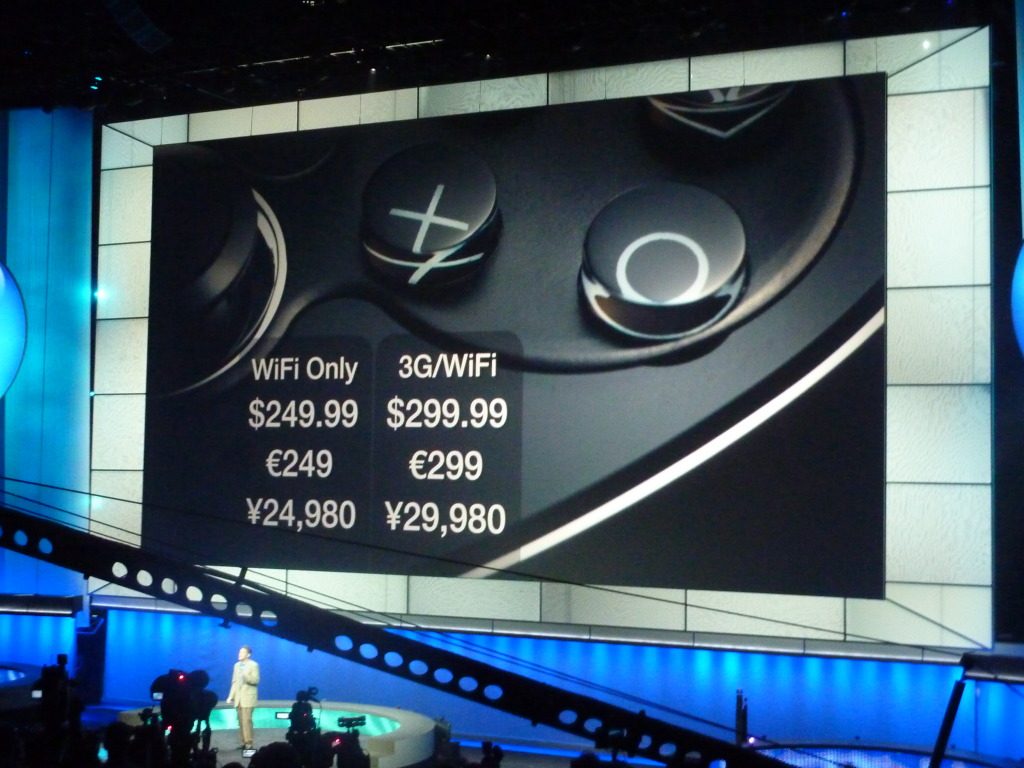 Is it a silly name? Sure. Do I care about the name? Not really. Bottom line is I’ll be purchasing one of these bad boys ASAP (mostly because it will allow me to carry Nathan Drake in my purse) and the price point is right on. What I’m not sure about, however, is whether or not I’ll be purchasing a wifi or 3G model. I’ll probably just spend the extra 50 bucks on a 3G model JUST in case I eventually decide to succumb to AT&T. Hell, to be honest chances are I’ll rarely play this thing a few months after bringing it home. But yes, I’m still going to buy it. That’s just how it is.

Back to the pricing. I can’t help but assume that this is going to force Nintendo to make a price cut on their 3DS sooner rather than later. What sets the 3DS apart is the 3D (and core Nintendo software, of course) but does that justify spending 250 dollars on a 3DS when one could spend the same and take home a PSVita? Graphically, the 3DS isn’t that impressive. The PSVita is insanely impressive. What do you think? Does one portable have a specific feature that sways you to one or the other?

But other than that…nothing really wowed me. There was the announcement of the split-screen shindig which will allow players to only see their portion of the split-screen while wearing 3D glasses. That was cool, but I actually wrote about that roughly a year ago, so it wasn’t as surprising to me as it might have been to others. UMMM. I’m a little turned off by guiding characters via the touch screen on the PSVita (did you see that Uncharted demo?) and hope that feature is only utilized during monotonous tasks such as climbing walls and the like…and I don’t think I’ll be spending 500 bucks on a 24” 3D television/Resistance 3 bundle. That’s a lot of money I’d rather save towards a bigger and better television. 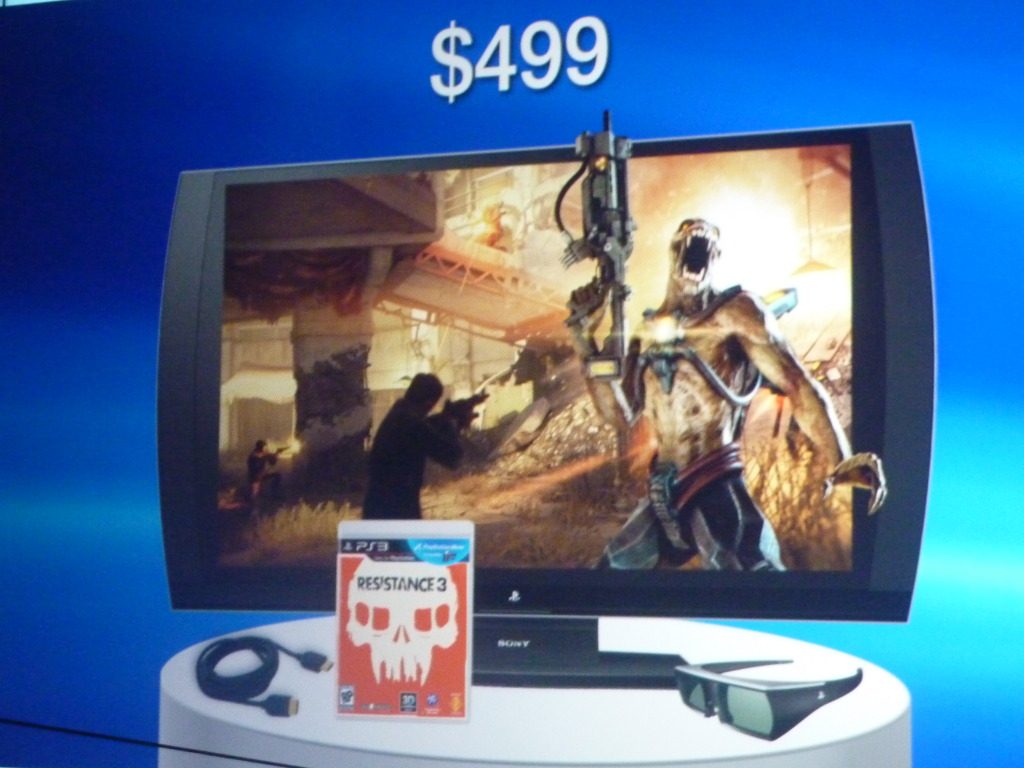 When the conference finally ended, the backdrop lifted revealing a huge floor area filled with PS3 games, PSVita, dancers, a stage and, oh yeah, more food and drinks. I was blown away by the open bar. I’m talking EVERY time of alcohol you could ever want was available, and we’re not talking cheap shit. And the food? OOOH the food. There was everything, ranging from corn dog nuggets, sandwiches, pasta, salad (ew), cupcakes, cookies, brownies…::cue Homer Simpson drool:: 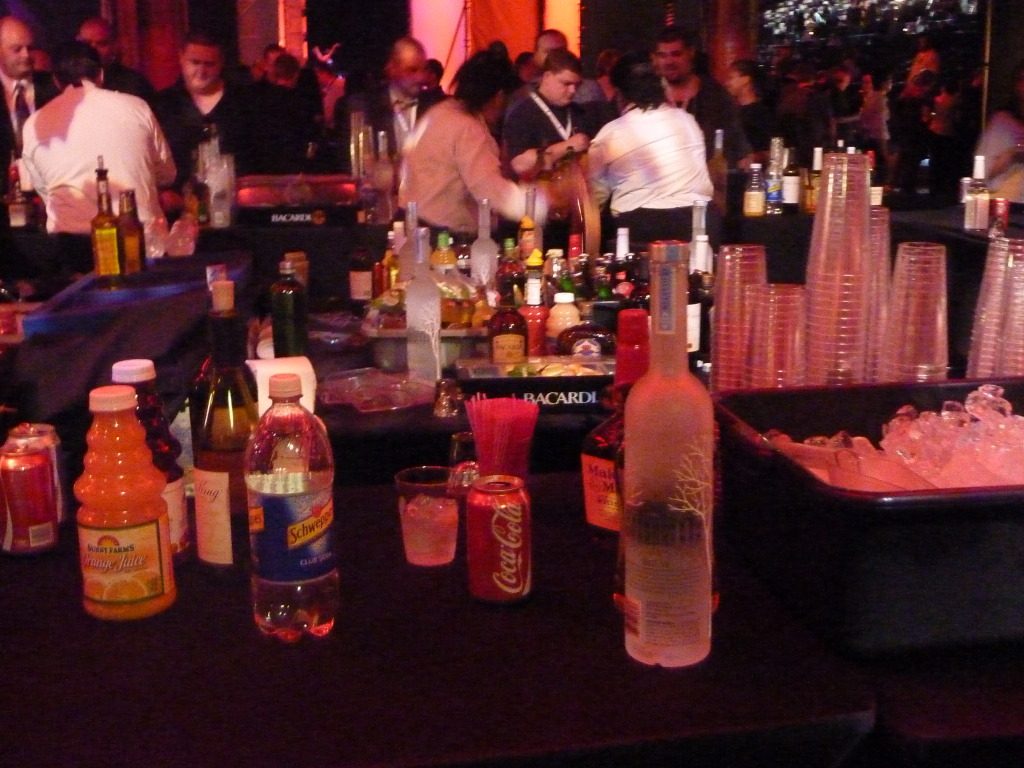 Eventually a little band called Jane’s Addiction (you may have heard of them?) took stage and began playing a few songs. One in particular stood out to me… 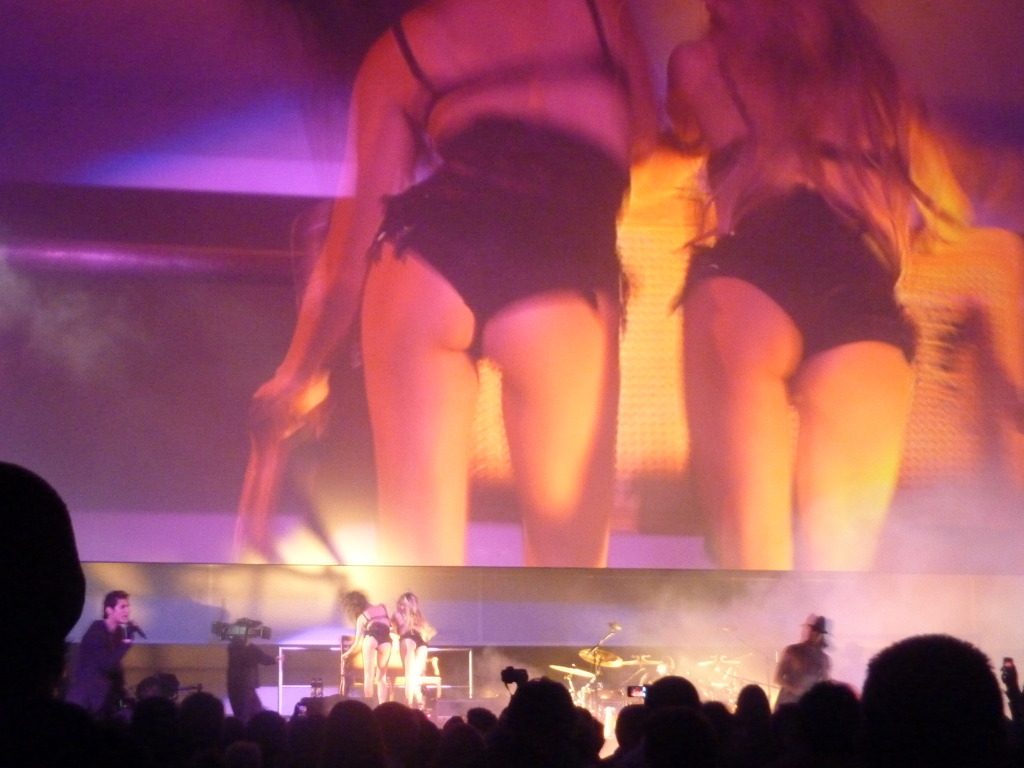 But after a few songs, I found myself alone (my friend headed back to his hotel) and my phone was dead, so I ended up leaving and catching a cab before it got TOO late. I was trying to stay safe and stuff. I dunno. But now I TOTALLY regret leaving early, especially since I didn’t have time to go hands-on with any of the games available. Le boo.

What did you think about Sony’s conference?