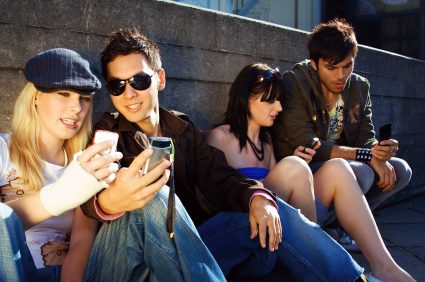 As anyone who plays games religiously will know, gaming is the kind of industry that is given a bad name – mostly by people who know nothing about it. It’s a common misconception that ‘gamers’ are teenage boys who sit in their room playing on their consoles for hours on end, taking occasional breaks to go to school and eat dinner before returning to their quest to take over the world! Yet, the gaming industry is booming and there are all kinds of people now playing all kinds of games – this is mostly down to the Internet.

Modern gamers are now able to access a wider variety of games than ever before in terms of both genre and platform. This too includes the development of the Internet and social media, coupled with connection speeds that are faster than ever before. You can even now play games and share them with your friends, like on the Mecca Bingo site.

A Brief History of Online Gaming
In the past, players were put off utilizing the web for their gaming fix because of frustrating ‘drop outs’ in the connection, and the other players’ having slower browsers that meant the whole experience was compromised.

In the 1990s, when the Internet was really taking off, gamers were trying to play Flash and Java games using their dial-up connections that they might have had to have asked their parents’ permission to do and right when they’re in the middle of playing the likes of Pac-Man, bang, the connection goes and you’re left there listening to the modem trying to reconnect while staring at a blank screen growing increasingly frustrated.

Over the years, as the Internet became more widely available, more developers got in on the online gaming act and started producing free-to-play sites that allowed gamers to get their ‘fix.’ Since that time we’ve seen games such as the World of Warcraft series take the industry by storm, getting better and better with each release and now they’ve become global phenomenon’s. We’ve also seen the development of ‘pay-to-play’ and subscription websites that will let users play full versions of games, while the free versions have become essentially demos that let you get so far without paying.

The Rise of the ‘Live’ Console
That’s when the console giants such as PlayStation and Xbox had their eureka moments and thought about incorporating the Internet into their game-playing experience. This allowed users to connect their consoles to the web to download exclusive content and to play against each other.

The Internet connectivity feature as shown through the PlayStation Network and Xbox Live packages, has allowed the gaming industry to become much more social. By logging on, gamers are able to play against other gamers playing on the same game all over the world. For example, you could be sat in your bedroom in Manchester playing FIFA against people from Italy, Spain and Germany and this opens up a world of opportunities for gamers to interact on a more personal level.

You can share your opinions on modern games using social media sites like Facebook and Twitter, liking the official pages and talking about the games using hashtags and this can lead to other players sharing their ‘gamer tags’ and presenting new opportunities to ‘meet’ and play with other people. The days of playing against solely your friends in one room with the controllers plugged into your console are not necessarily a thing of the past – they’re still undoubtedly fun and social occasions – but the industry is moving with the times and taking advantage of the opportunities presented by the Internet and social media.

Today, gamers are almost expecting certain features to be incorporated into the games they play, with social elements forming a huge part of those expectations.
They want to be playing multi-player games against five, six or even more people, not just two or three playing a round-robin tournament on FIFA. If you can do it on consoles such as the Nintendo Wii, why can’t you do it on the Xbox or PlayStation, even if you’re not in the same room? Wireless connectivity already exists, let’s utilize it to the max.

These opportunities have included the ability to build online friendships, start online ‘leagues’ and competitions and even getting involved in forums to discuss the latest releases, updates and elements we’d like to see incorporated into the next release.

Modern Gaming
Today, we’re seeing ‘social gaming’ as having a significant influence in the games we’re playing, and how we play them. The latest versions of the Call of Duty series – for the Xbox particularly – are allowing gamers to have conversations with and provide instructions for other players. You can be sat on one side of the world shouting instructions as to where to go and who to shoot at to someone on completely the opposite side of the world.

This is something that has been capitalized upon by the latest online games that have started to incorporate live chat and ‘play and share’ functions. The live chat might not be all that ‘new’ or ‘innovative’ having been around for a number of years now in the form of chat rooms; but you can sit and talk with other players in private or public sessions while playing together, helping to finish the particular level or the game as a whole.

‘Play and share’ is the kind of function that is becoming much more common. When playing online you have the option to ‘submit your score’ at the end and then you can even share it by connecting to your Facebook and Twitter accounts using hashtags and comments and this helps to expand the reach of the game, bringing in new users and helping you to find friends who might have been playing for weeks or months without you even knowing.

The Future
As more and more developments are released into the industry there will be more chances of games developers and gamers themselves to benefit. Sales of games are unlikely to decrease with the public’s insatiable appetite for the latest and greatest and seeing what new tech will do for the gaming experience. In the coming months we’re likely to see the Xbox 1 and the PlayStation 4 released onto the market, and the mobile gaming industry is getting bigger all the time.

Tablet computers and smartphones have allowed gamers to play anytime, anywhere by downloading ‘apps’ for free or small fees and are essentially scaled down versions of the console or online games, whereby players can play by tapping and swiping the screen making it easier than ever before for people to get to grips with games and – most importantly – have fun.

It remains to be seen just how much developers are willing to push the boundaries with social gaming, but with the overriding concept meant to be about having fun, conquering the world with your mates, competing with them for hours on end on your favourite titles and so on, why not bring two of the most popular sectors of the tech industry together and develop social gaming. We’re already on the right lines with ‘share to play’ games on the web, so why not bring in more elements on consoles? One example could be to complete a season on FIFA – for example – and share your final position, statistics and records onto your social networking sites so that your mates can applaud or mock you, or suggest how to get better for the next time you play.