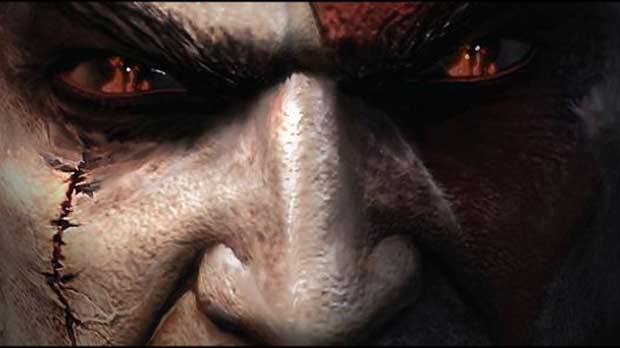 It was only eight days ago I wrote a post about how I wish I could get into God of War and how my pride was preventing me from lowering the difficulty to easy and how I just didn’t give two shits about the franchise, even knowing the impact the series has on the gaming industry.

“I think I spent about three or four hours trying to get into the first God of War (HD) and all I can take away from it was that it had a fun sex minigame.As I scavenge my brain I recall some pretty badass boss battles, too. But, dammit, for whatever reason I couldn’t get into it. This could be because of two reasons:

Fast forward to today and, um, I think I’m in love with Kratos. In fact I wrapped up God of War in a day in a half and am pumped to start God of War II. My, how things have changed!

Surprisingly lowering the difficulty and playing on easy mode from the get-go didn’t kill my pride like I thought it would. I mean, shit guys — it was still semi-challenging! Well, I should clarify. The battles weren’t too challenging (minus the last one, GRRRRR) but it was some of the death-trappy obstacles and the stupid puzzles that kiiiiiiiiilllllllllled me. Seriously. Don’t even get me started on the tower of blades, or whatever the fuck it’s officially called. Witness my rage.

All bitching aside, the mild puzzles (y’know, the ones that didn’t take 40 minutes to complete) reminded me of some old-school Resident Evil goodness with  a splash of Zelda dungeon-esque goodness. WHAT I’M TRYING TO SAY is I thoroughly enjoyed God of War. I admit it. You were all right. But, um, can we hold a moment of silence for Kratos? No wonder homeboy ain’t walking around with a smile on his face. I mean, damn. He killed his wife and child and is permanently covered with their ashes. That’s a rather unfortunate thing to happen to someone. But then again if you offer your life to Ares I suppose you shouldn’t expect anything different.

I’m excited to see where the series goes and how Kratos evolves as a character. I’m also excited because now I can legitimately scream “ATHEEEEEEEEEENAAAAAAAA!” whenever I get pissed off at the world.