…and I didn’t know about it. 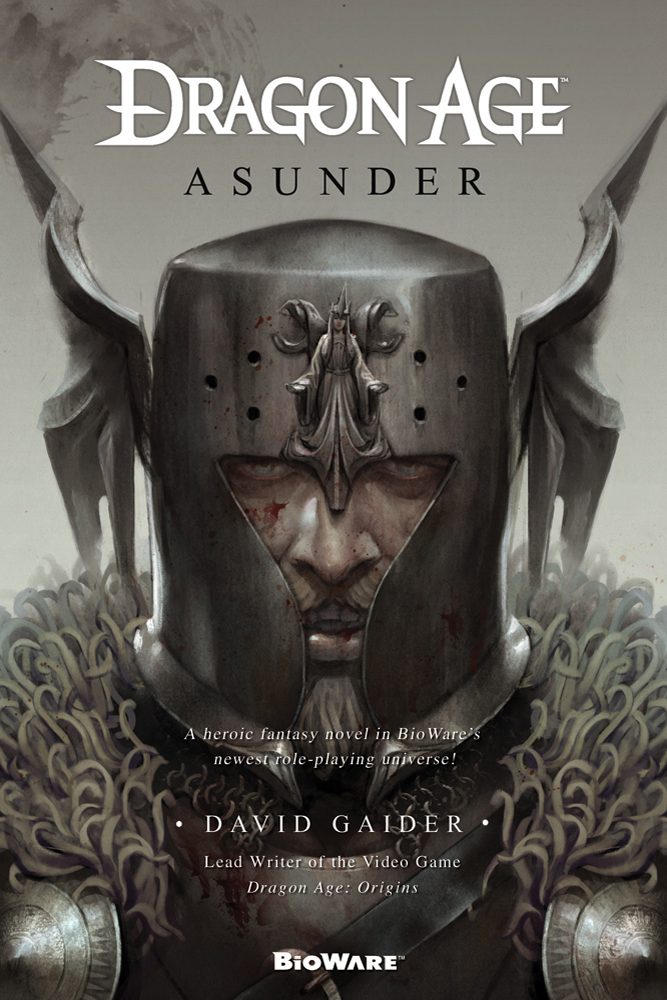 How did I not know about this?! And to make matters even worse, it released way back in December! GRAWWGH!!!

You know the Happy Mask Salesman? You know how he gets all frustrated, grabs his head and twists about like a manic freak?

That’s pretty much what I did when I found out about Asunder’s release. But I don’t think I, like, looked possessed like that. At least I hope not. Anyway, knowing there is a new Dragon Age novel is like knowing there’s a basket full of hot wings in front of a turned-on controller ready to play Mass Effect 3 at my house while I’m stuck at work. Or something. The point is that now all I can think about is getting my hands on Asunder ASAP.

I’ve read the prior Dragon Age novels a few times and I absolutely LOVE them. Not only is the writing superb (they’re written by David Gaider—the lead writer of DA:O and DA:II) but the novel offers awesome insight into the backstory of the franchise. And from the sounds of it, Asunder takes place a year after Dragon Age II. Peeerfeeect. It’s like a written sequel!

I wanted to let my fellow Dragon Age fans know about Asunder. But if you’re not a fan, at least you were able to enjoy some Happy Mask Salesman gif awesomeness.