As I mentioned in my first log, all of the progression made in Skyward Sword was done on another console, so I had to start a brand spankin’ new save file last night. Andja’knowwhat? I enjoyed starting over. Since the initial shock of “ZOMG I’M FINALLY PLAYING SKYWARD SWORD!” had worn of, I was able to focus on my surroundings. Kind of. What I’m trying to say is that I didn’t mind stopping the action in order to snap some photos. 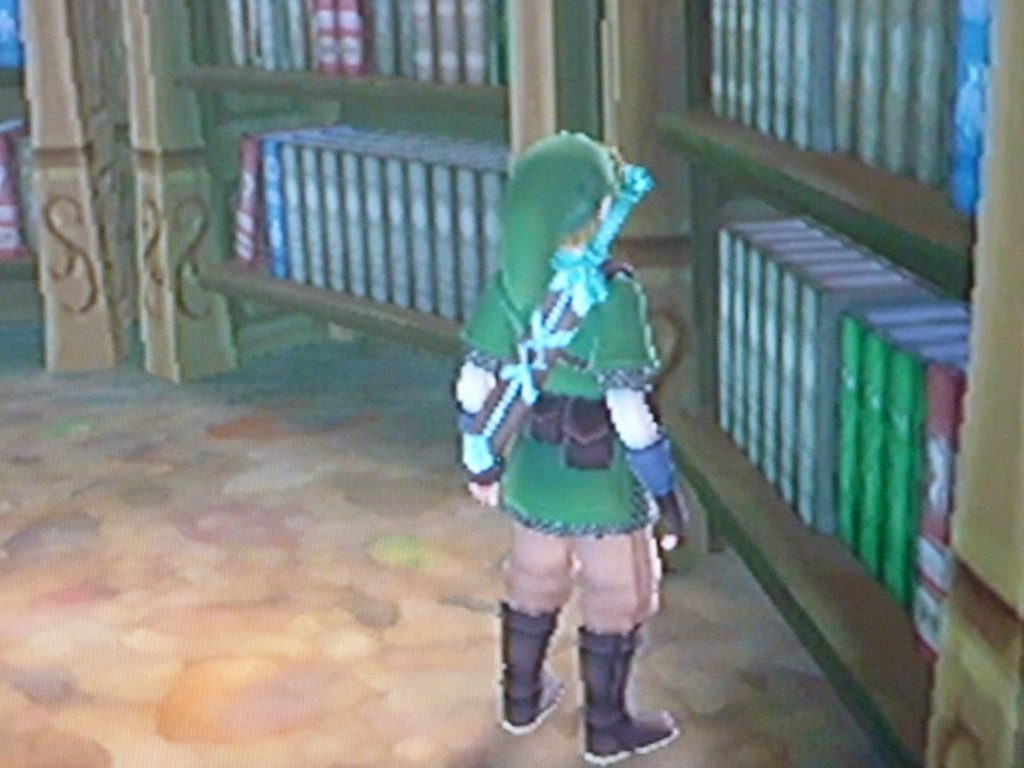 First of all, and I verbally pointed this out during my first playthrough, how the HELL is a resident of Skyloft expected to engage in reading when the books are that large? I mean, look at that. They’re as long as Link’s entire torso. I’m sure his stamina meter would deplete in less than five seconds were he to try hauling one of those bad boys to his desk. No wonder those fools have never heard of the surface — THEY’RE UNABLE TO READ THOSE GIANT BOOKS. 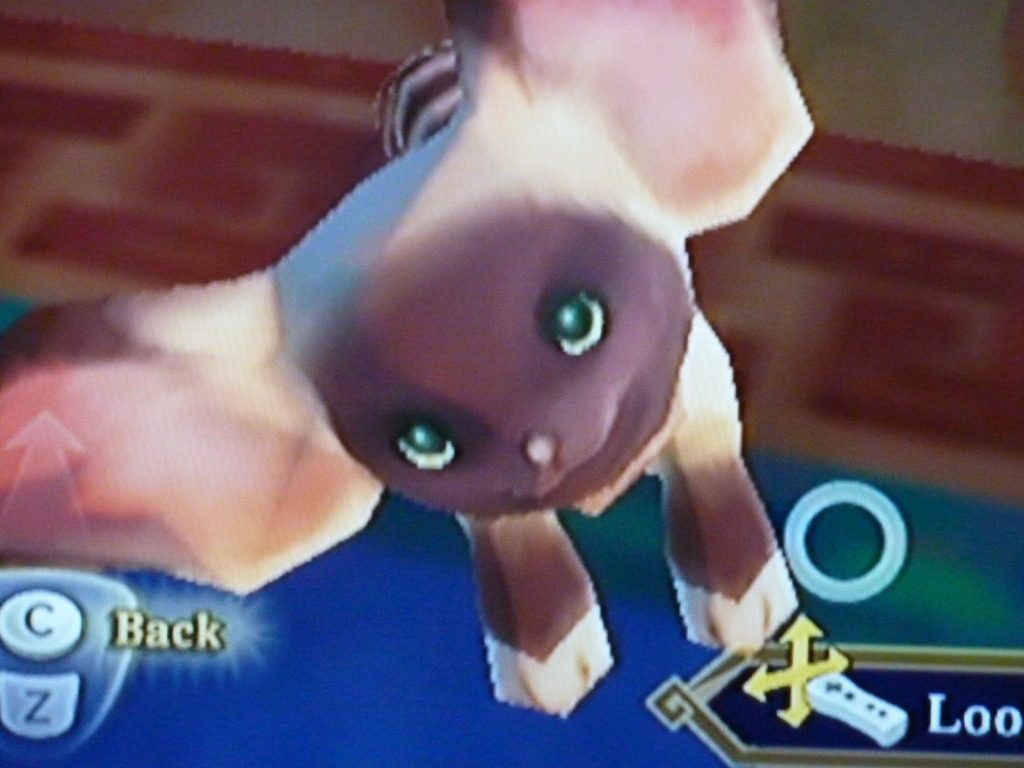 This is Zelda’s pet, Mia. I would like to say it’s cute, but it honestly freaks me out. It’s eyes are too human-esque, and it doesn’t have any eyebrows or eyelashes. In fact, one of the first things I tried doing to this Mia was throwing it off of a roof. Also, have you ran into one of these creatures at night? They’re fuckin’ crazy. I threw one off of the ledge and IT FLOATED BACK UP WITH IT’S EARS. 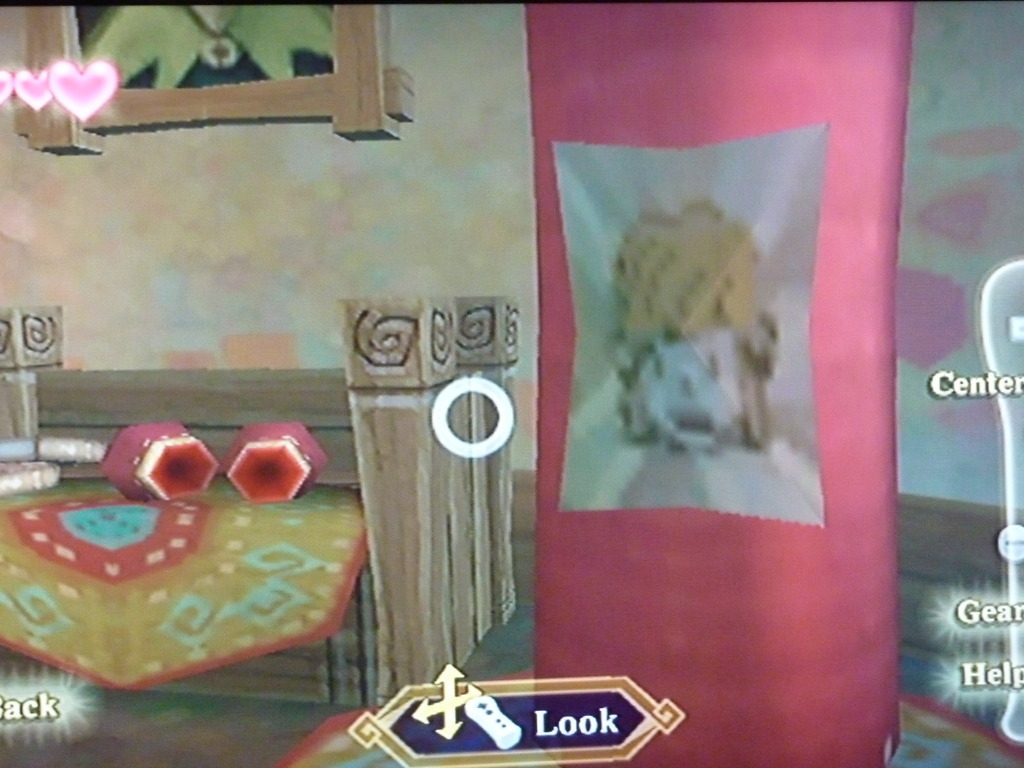 After making Groose my bitch at the Wing Ceremony I decided to visit his pansy-ass and see how he was faring. Well, apparently he’s not doing too shabby (besides the whole sobbing in front of the window bit) because he has Link’s face plastered against a punching bag. Maybe Groose should take a hint from specific Zelda titles—they’re not called A Groose to the Past or Groose’s Awakening for a reason. UNLESS he turns out to be like, Gannon or something. Then, okay, he has his place in the series.

What would a Zelda title be without the quirky characters? 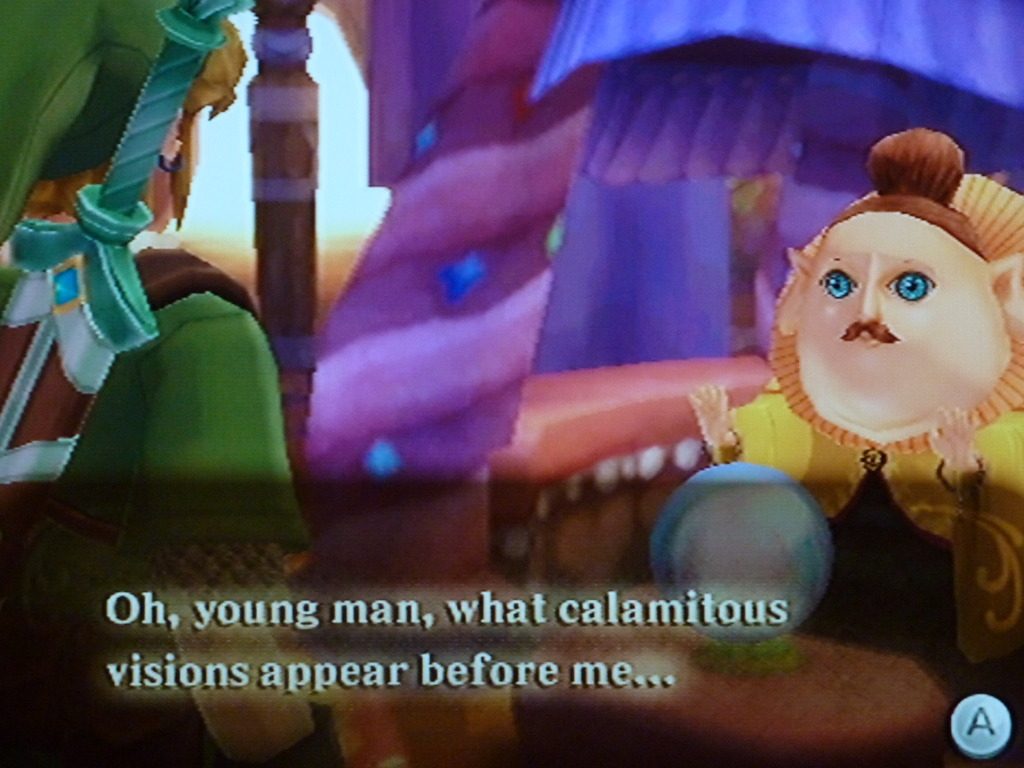 This man…haha, alright. This man reminds me of my dad. The crazy eyes, mustache…and that’s about it. My father is bald and doesn’t have a disproportionate body/hand size ratio. So, actually, this man doesn’t remind me of my father at all. But this guy did tell my future, and with accuracy. It was totally worth the one rupee. 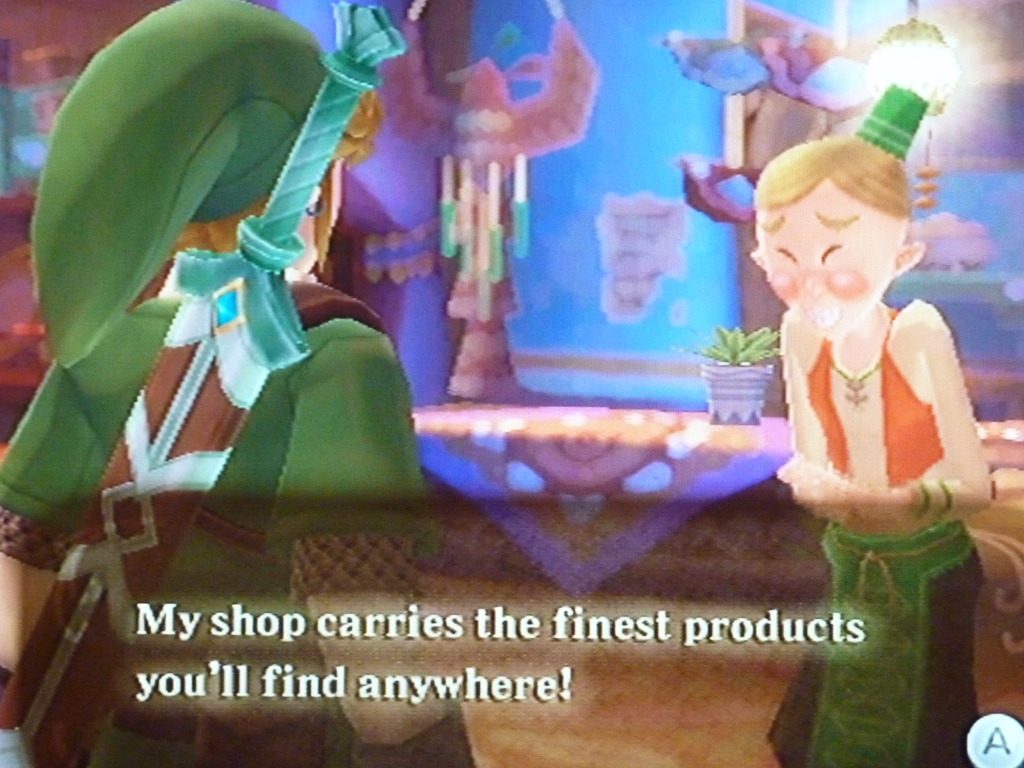 I can’t tell whether or not I found this guy to be adorable or irritating. He follows Link wherever he walks (within the store vicinity) and has this crazy-ass, possessed grin on his face. BUT, the satisfying thing is once you walk away from him he slouches over and slumps off. HAHA. Revenge; I has it. 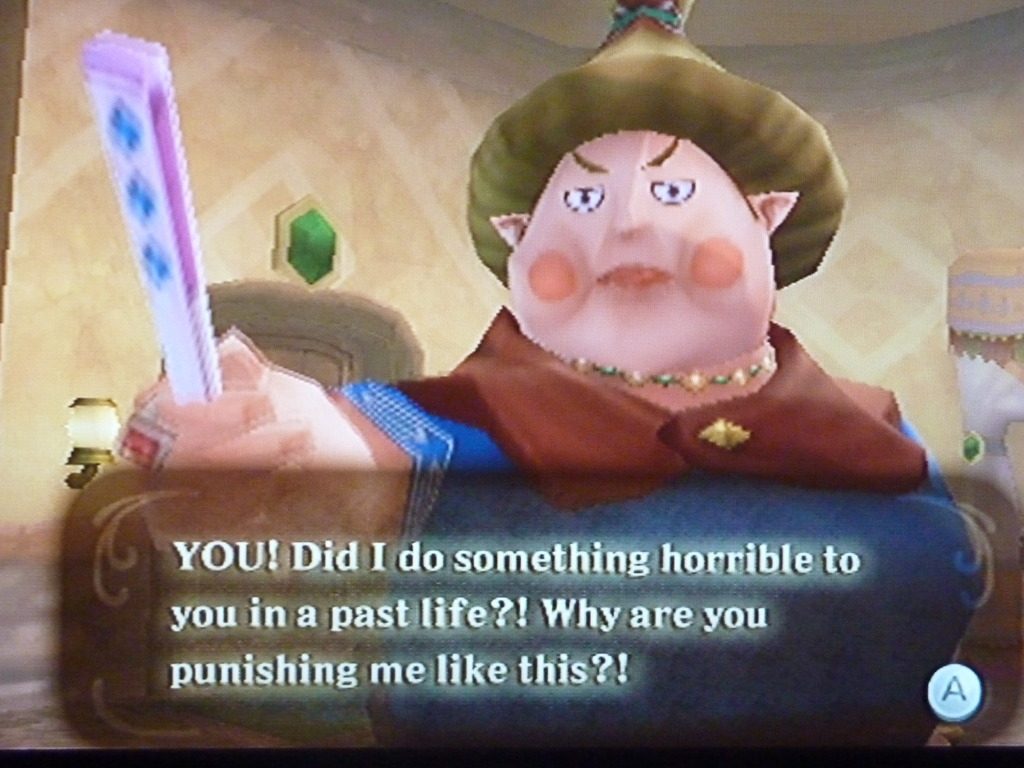 NOW THIS LADY made me giggle to the point I lost all of my rupees to her (:/) but it was absolutely worth it. As you waltz into her home she tells you she has a lot of antiques on the shelf. Now to me, this automatically translates into “Please roll into my wall so my expensive things fall off and break all over my face.” So that’s exactly what I did. Unfortunately she made me pay her every time I broke something– but I kept doing because she let off this hideous squeal.

Come to think of it, she sounded like this: