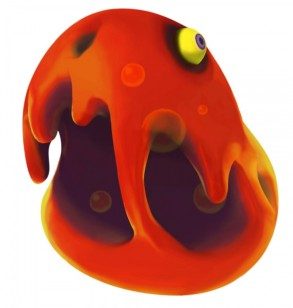 WARNING! SPOILERS FOR SKYWARD SWORD BELOW!

Don’t you just adore it when you spend the entirety of a videogame trying to prevent something from happening, yet it happens anyway? Right at the end? And then you’re like, shat muffins. You could have saved me all of this trouble by just allowing what was inevitably going to happen, happen. But I suppose this is the case for most, if not all, videogame storylines.

::cue crazy hand gestures:: Oooh, some big bad dude is going to steal my princess/take over the world/destroy the UNIVERSE! But I, the chosen, valiant hero, will spend roughly 40 hours trying to prevent this evil wrongdoing and make things right! Towards the end of my adventure, I know the bad guy will get REEEAALLY close to succeeding, but then I’ll just pwn him in a battle.

And such was the case with Skyward Sword.  But I’m not complaining. I’ve become very fond of this familiar formula. <3.

Demise was ultimately resurrected and this time was “reborn” in his true form. Which is a good thing, because I was sick of fighting that rubbery-toed sloth abomination he had become in the present time period. Anyway, one of the first things he did was turn Ghirahim into his, erm…. sword.

But instead of challenging me right then and there (with his newfound, fruity sword) he decided to be a good sport and allow me to, you know, stock up on heart potions and fairies and such. What a great guy, that Demise. (No, I mean it. That battle with Ghira-what’s-his-butt really sucked and my bottles were dry as a bone.)

After I was all lubed up and rarin’ to go I confronted Demise in a battle that looked epic, but was frustrating as FUCK because no matter how erect my skyward sword was (you know I did that on purpose) I couldn’t get the lightning to transfer to it half of the time. Which is kiiinda required to defeat that Demise bastard. But alas, after two failed attempts he was down for the count.

He then swore his hatred would be reincarnated (OHAI, Ganondorf) and that it will haunt the descendants of Link and Zelda for all time. He then peaced. And by “peaced” I mean his consciousness was transferred into the Master Sword. The Master Sword was placed back into the pedestal, Fi went into a deep sleep, the old woman at the Sealed Grounds revealed herself to be Impa aaaand Zelda decided she wanted to stay in Hyrule. I think that pretty much wraps all of the storyline ish up.

Now, I’ve already made my frustrations about the game very public, so I won’t beat a dead horse.

But I want to talk about DEM CUTSCENES. Never have I seen the Zelda characters so animated and lively. It was never a question how Link was feeling—whether he was happy, sad, determined or confused—it was always blatantly plastered on his face. (I must point out that Link looked sexy whenever he was pissed off. And isn’t that what every girl wants? A guy that’s super sweet, but a badass, and will traverse temples and defeat dark evil lords for her. Be still, my beating heart.)

And y’know? I have to admit the art style really grew on me. Everything was so vibrant. Now that I’m thinking about it, there wasn’t much darkness in this game—art, story and characters alike. Even Ghirahim was very…animated and colorful. The only dark character I can think of was Demise and his other form, The Imprisoned.

In a nutshell, I think Skyward Sword did some things very well (dungeons, cut scenes, animations) but I feel like with more detail this game really could have blown my friggen’ socks off.

What would I like to see from the next Zelda game?

– Removal of the gratitude crystals, or at least a change-up.  I like the concept of doing side-quests for personal advancement (bigger wallet, heart pieces, etc), and I understand this was sorta-kinda supposed to be like the Golden Skulltula system. So if it’s left in, I’d like for it to be tweaked. Instead of having players partake in little fetch quests for five gratitude crystals, provide a variety of quests for varying amounts of crystals. A difficult quest, should I accept, will provide me with more crystals than an easier quest. So if I really want that extra-super-duper wallet I’ll have to work for it. 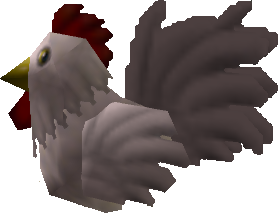 – Bring back the fishing and Cuccos. What needs to be said? Fishing and Cuccos are just staples in the Zelda franchise. Sometimes I just feel like taking a break from the main quest and fishing. And other times I feel like being raped by chickens. So what? 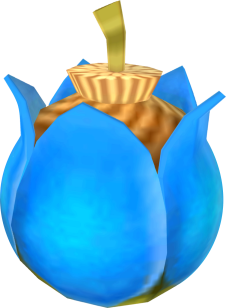 – Removal of the extra quivers, bomb bags, etc. These are never needed! And it’s not like they just automatically allow you to hold more things, oh no, you have to equip these “add-ons” in order to carry five extra arrows, bombs, etc. Worth it? No. I never used one. 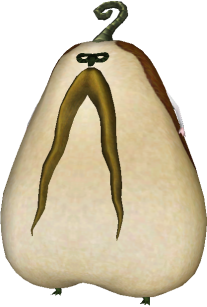 – More villages. Now that I know the story, I understand why Skyloft was the only “town” above the clouds, but why couldn’t there have been a Goron village or Kikwi village in Hyrule? I would have loved to play some fun, themed minigames, talk to characters, partake in some varied side quests…and just learn more about the race so I actually give a crap. 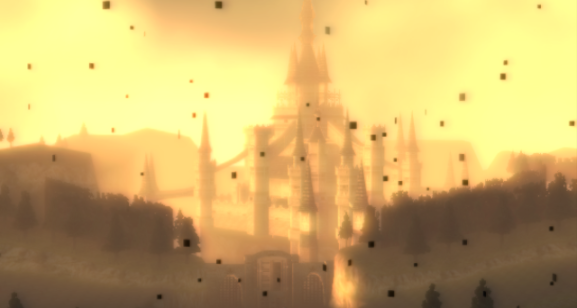 – Dark tones. I can’t even count how many times I’ve said this: I want another dark, depressing Zelda game. No, I’m not emo nor do I cut my wrists, but I LOVED the dark tones with Ocarina of Time, Majora’s Mask and Twilight Princess. I know it’d be a push to ask for a Mature rating, but I’d settle for another Teen! 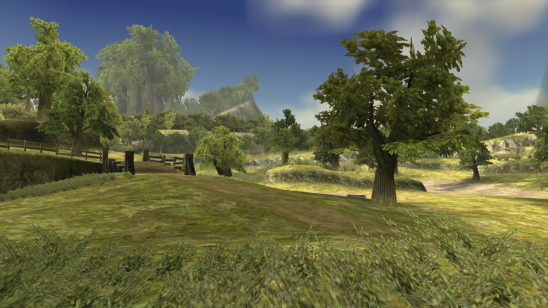 – A huge-ass Hyrule to explore. Make it biiiiiig. I want to get lost in the field while searching for heart pieces, collectables and other things. Oh, and give me a horse. Preferably name it Alistair so I can tell my friends, “Yeah. I rode Alistair for hours. It was awesome.”

“No new Zelda footage OR news since that one bs quote: “The zelda team is working hard blah blah blah.” E3 was looking good, but now I’m holding onto my hopes of a PS3 price drop! UGH! So Miyamoto is having a roundtable  discussion at 6. Let’s be realistic here: it might be Zelda (IGN and Reggie said something big might get announced) but if anything, maybe we’ll get a mention, a trailer? Or maybe he will drag everyone to the theatre and show off Link’s hottness.”

HAHAHAHA. The roundtable I mentioned was where Miyamoto revealed the following photo: 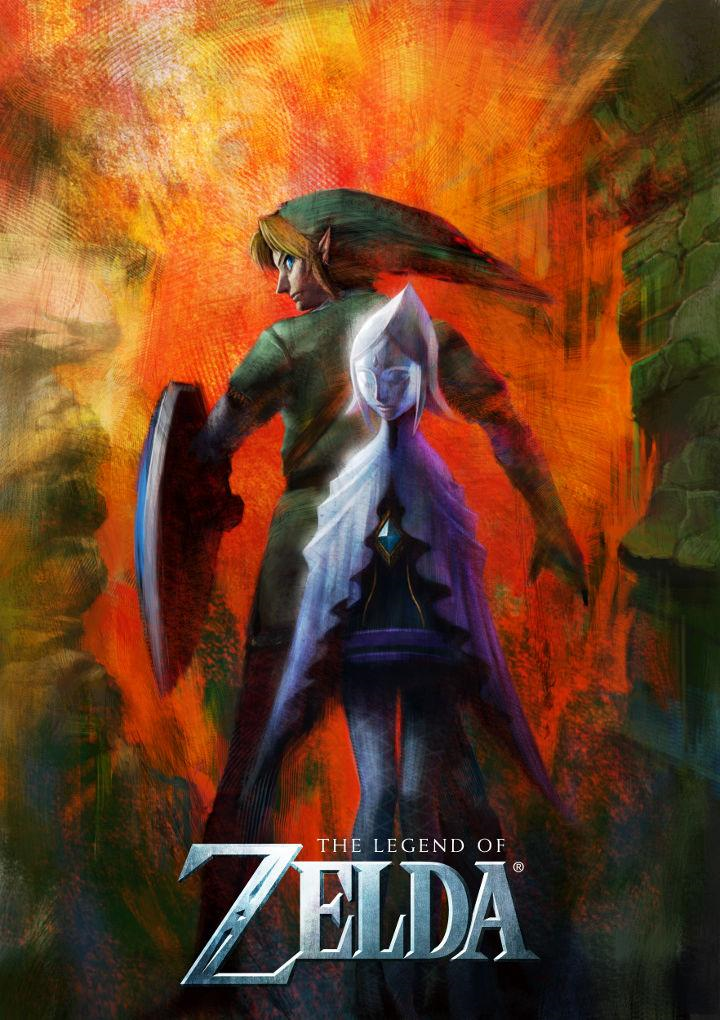 Ah, yes. I remember the first time I laid eyes on that bad boy. I was like, where the hell is the Master Sword? Who is that fish lady?

Till we meet again, Zelda! Hopefully that won’t be another five years from now. Cuz that would suck. You should be a launch window title for the Wii U.