Yesterday evening I took a good, long look in the mirror. As I stared into these droopy eyes of mine (+1 for being sick!) I promised myself I would tackle the main quests and make headway in the story of Skyrim. Ladies and gentlemen, after spending several hours I’m overjoyed to announce I made minimal progress. That’s right kiddos, I am overjoyed. Progress is progress, amirite? And by progress, I mean I almost made it to the Greybeards. (Also, whenever I write out Greybeards I want to type out Neckbeards.)

After all, making one’s way to the Greybeards requires a good amount of travel, and one is likely to be distracted by shiny caves and tempting bandit hideouts. While I did my best to steer away from most, I succumbed to the allure of a few tombs and dungeons, one of which I thought led me to my future replacement for my future husband. His name was Golldir, and he was a handsome chap. I write about him as if he’s dead, and that’s because he is. But don’t get it twisted; I didn’t fail to protect him as we ventured into the tomb of his ancestors in order to defeat an necromancer—so Golldir is still alive and well—but he’s dead to me. He’s a pansy who allowed his aunt to go into the tomb herself because he is, I repeat, a pansy. All looks and no balls, that one is.

With that potential male prospect now nothing but a mere memory, I continued to make my way to Ivarstead. Holy balls, it took FOREVER to get there! The path is so wonky I had no choice but to trust the signs posted alongside the road, because it felt like I was slowly making my way into Bumfuck Egypt. And everyone knows Egypt isn’t in Skyrim, so I was really confused. :/ 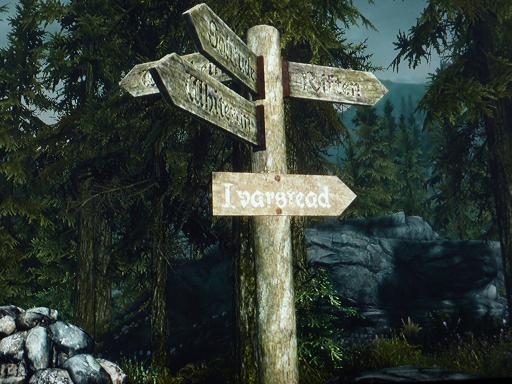 On my way to Ivarstead I ran into a poor soul alongside the road who claimed bandits had robbed him and stolen his cart. His name was…Tenvar? Tenir? Tenar? I can’t remember. Anyway, I knew this is the oldest trick and the book and that he HIMSELF was a bandit and would ultimately lead me to his bandit troupe. But I planned on slaughtering them, so I wasn’t worried. But oooh man, those bastards ended up being TOUGH to kill! I think I ended up fighting three or four bandits on top of that Ten-what-the-fuck guy. After my third or fourth try I finally defeated all of them, and looted their ish. It was a great feeling, except I feel like the spoils were so NOT worth the effort (or health potions!) that battle required. I guess a plus is that I was able to grab one of the female bandits by her ankle and contort her body into a dirty position. That’s always fun. Perversion at its finest. 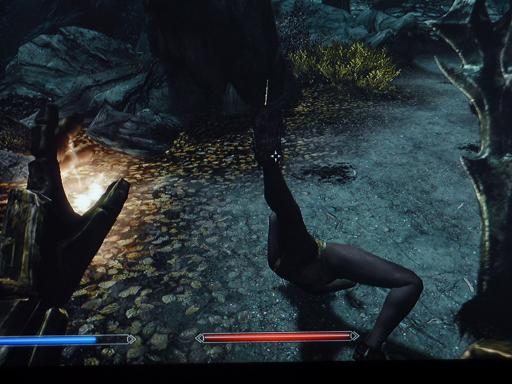 And on my merry way I went.

Until I got distracted again.

Guys, I’ve realized I have a fetish with fire and water in videogames. If I stumble up a new river, creek or waterfall (or, respectively, a new torch, fire pit or just something burning) I have to drop everything I’m doing and observe. Sometimes for minutes on end. I’m obsessed. That being said, I’ll give the water and fire a golf clap. Some locations are better than others, but it’s definitely not the worst I’ve ever seen!

A few minutes later I FINALLY made it to Ivarstead! Aaaand it wasn’t too exciting, however  there seems to be a few fun quests to tackle (like the haunted barrow!) but I haven’t had much time to explore. I did stumble across a few things, though… 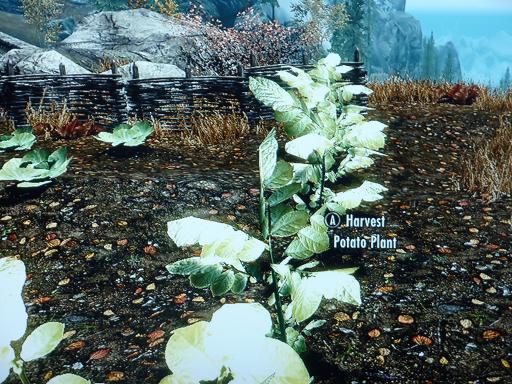 Dude. What if Harvest Moon got a first person, upgraded look? HELL! It would be awesome, and I imagine harvesting your plants would look something like this. …crap. Now I really want to play Harvest Moon again. NGGGGH…. 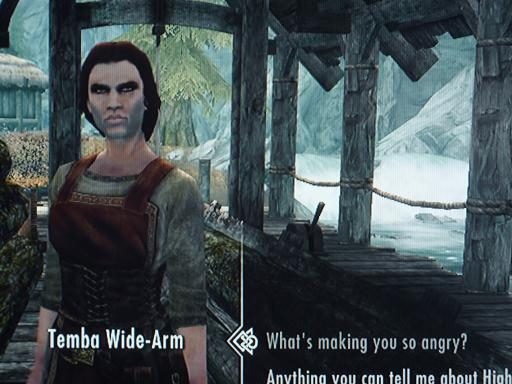 Hey, Temba, I don’t need to ask you why you’re so angry. After all, it’s pretty obvious what’s making you scowl so hard is that five o’clock shadow you have growing on your face. Also, get your eyebrows waxed. You’re never gonna get laid looking like that.

Aaaand now I have a lot of quests. Halp. 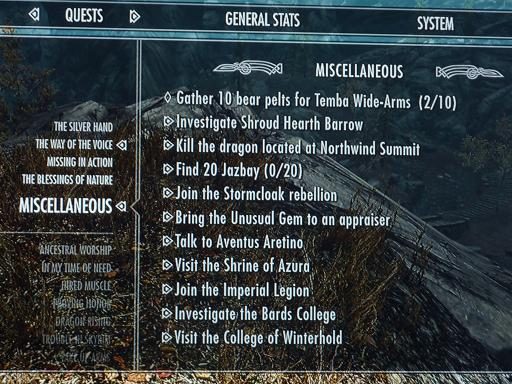 On a final note: I killed my third dragon! And of course he/she/it assumed the face-down-ass-up position upon slaughteration. 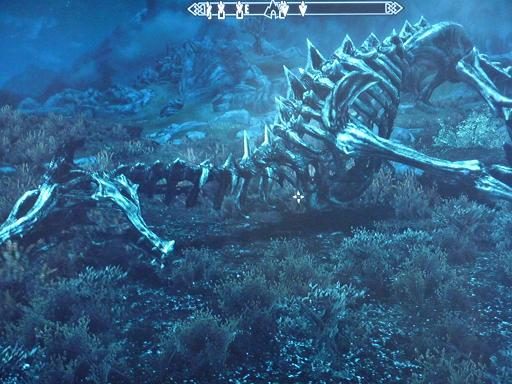