Well, I’ve finally succumbed to it, guys. I have caught the Skyrim bug.

I’ve owned the game since launch (getting the guide, on the other hand, was a SNAFU) but I, ahem, lacked the necessary hardware in order to play it. But ALL of that changed last weekend after I bought a brand spankin’ new Xbox 360. And what better game to pop a 360’s cherry than with Skyrim, amirite?!

I was a little worried I wouldn’t be able to fully engulf myself into it (Oblivion and Fallout 3 failed to hook me) but I gotta say this game fucking ROCKS! In fact, I started it last night and stayed up until 2 am completing quests, killing shit and just roaming around. <3333

It sounds like the story will be based around the civil war that’s plaguing this place. I’m not entirely sure of the names, but I want to say Ulfric (leader of the Stormcloaks?) killed some High King and that *really* pissed of the Empire, and they could no longer ignore Ulfric’s actions. If I can remember correctly, Ulfric is pissed because the (now dead) king of the Empire signed an agreement with…some people…that said open religious dedication to…Talos…is forbidden. So apparently the guards of…some people…were dragging those people who still openly worshipped “Talos” out of their homes, etc. SO Ulfric was pissed, and killed the guy that signed the agreement.

Holy hell, I don’t even know how accurate the above paragraph is. But it makes sense in my head, I promise! (That’s what the voices 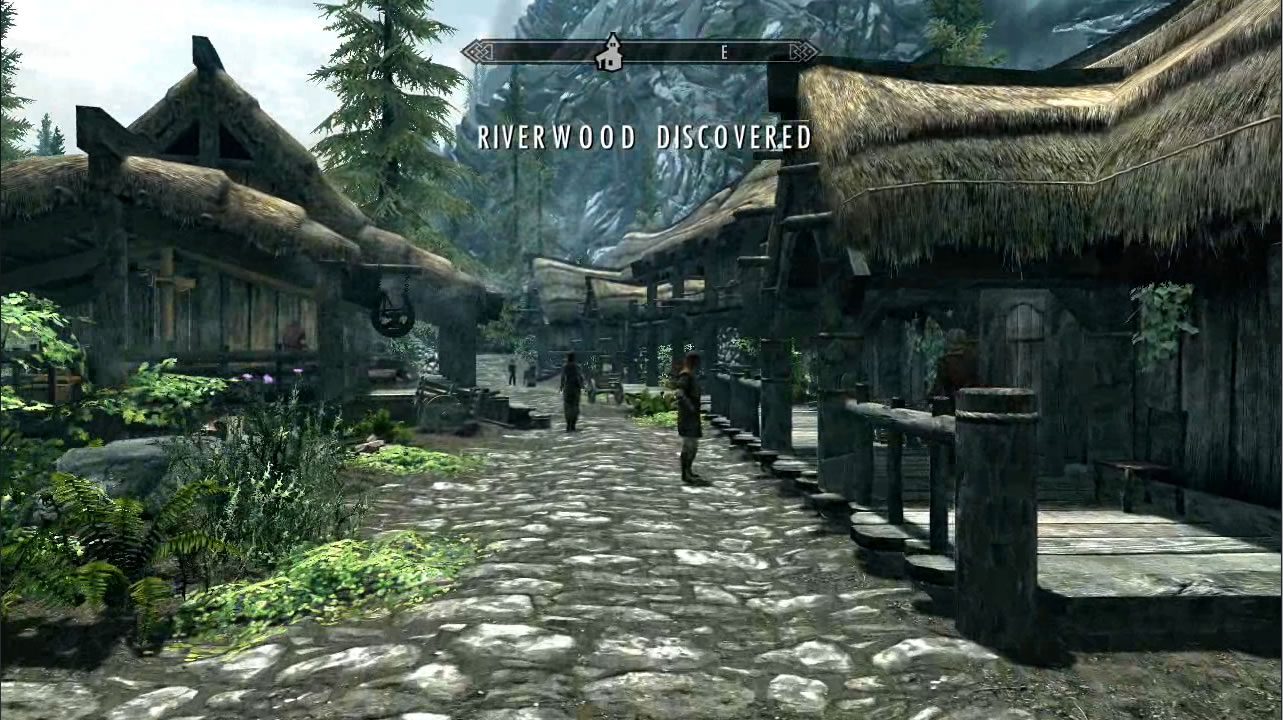 Following the Helgen fiasco–I was about to be beheaded but a dragon sorta-kinda caused an epic distraction and I escaped–I ended up escaping to Riverwood with the Imperial soldier, Randar or Randarz0rf or something, instead of Ralof, the Stormcloak rebel.  I wanted to go with the rebel instead of the solider– not because of what each side stands for–but because the rebel was cuter and looked 23% like Brad Pitt.

As of right now I’m not sure which side I’m favoring because I don’t know enough about each faction. Everyone in Riverwood shrugs their shoulders and supports the Empire, as the “Empire has always been there for Riverwood, blah blah blah.”

I was exploring and saw a chicken muddling about in someone’s front yard. Nobody was outside. I had a mace in my hand. I was curious. So, I whacked it. Little did I know that killing a freakin’ chicken would cause the ENTIRE town to go batshit crazy! Seriously, everywhere I went random folks were attacking me and I had no idea why. It was at the point I wasn’t able to progress in the game because I kept getting killed! So I went to the good ol’ interwebs, and it was there I found that I had apparently accrued some sort of bounty for killing said chicken, and the only way to get rid of my bounty was to find a guard and pay it off.

I made my way to Whiterun, where I was promptly stopped by a guard who somehow KNEW I was a chicken killer. I paid him 40 bucks, returned to Riverwood and NO ONE TRIED TO KILL ME. <333333.

Now I’m assisting the Jarl and his crazy cat-lady assistant to do something against a Dragon.

But alas, by the time I reached this point it was nearing 2 a.m. (IRL time) so I had to call it quits. But now all I want to do is play Skyrim. Like, that’s all I can think about. I HAVE THE SKYRIM BUG AND I WILL ALLOW IT TO FESTER ALL UP IN ME BECAUSE IT’S GLORIOUS.