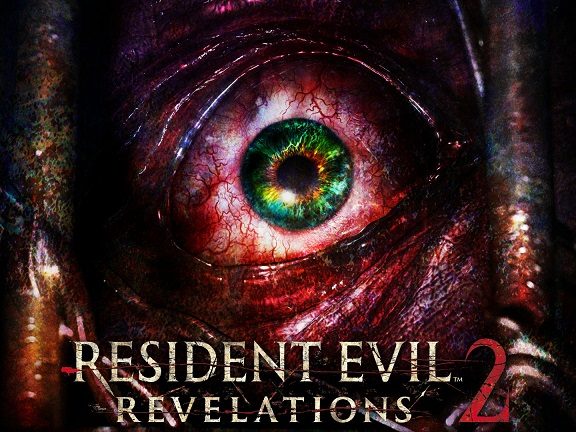 New entries in the Resident Evil franchise make me do strange things. In the days leading up to a new release this weird thing happens and I forget how to human. Bathe? What’s that mean? Drink water? Blasphemy. Work? Yeah, right. Call my parents? …Who’re they, again? I basically become the most worthless and non-contributing member of society. I blame excitement.

With THAT said, it’s no secret I love me some Resident Evil. It’s also no secret that the franchise is, well, how do I put this…trying to find itself. Older fans will remember the series back when it was nothing but survival horror, tank controls and all, while newer fans to the series will know Resident Evil for its action/adventure gameplay. Then there’s the Gears of War-esque cluster that was Chris’ campaign in Resident Evil 6, but in the same breath Capcom seemed to be hinting at ways of old by implementing some old-school Resident Evil undertones within Leon’s campaign. Not only that, but Resident Evil Revelations really returned to its roots with its creepy, suspenseful atmosphere and fun puzzles. So yeah, things have been a bit weird.

Thankfully, though, I feel like Resident Evil Revelations 2 is going about its business in a great way. First of all, Claire is back, and Claire is like, my hero. My woman crush. MY EVERYTHING. Umfff. Barry Burton is also a playable character, which is awesome because I’m now forced to listen to his cheesy dialogue (yes, everything he says is cheesy in my eyes and I love it).

A quick run-down for those of you not in the know: Resident Evil 2 Revelations is episodic, and each episode (so far, anyway) is split into two story sequences. Claire and Barry’s daughter, Moira, make up a sequence and Barry and a little girl named Natalia make up the other. I won’t go into too much detail as to avoid spoilers, but I want to address something I was super-duper concerned about.

So, you have badass Claire. Weapon-wielding, knife-slashing badass Claire. Then you have Moira, a younger, more…hmm… “apprehensive” woman who detests firearms, and because of this, is equipped with a flashlight. Claire = shotgun. Moira = flashlight. Now, I’m playing co-op (which is only available offline, I might add) and obviously I haaad to play as Claire, but I felt kinda crappy as I was the only one who could, well, kill anything. My partner, as Moira, would literally have to run around in circles as I was spending shells. I was worried that Moira would NOT be an integral character, despite her (assumed) importance to the story, as she felt like nothing more than a mere player of the second fiddle. The same goes for Barry’s partner, the young Natalia.

BUT. But but but. The more we played the more we realized the importance of these “secondary” characters, and I can’t even refer to them as such anymore. Moira and Natalia are necessary for puzzles, combat, strategy and more. Moira’s flashlight can temporarily blind enemies, and she eventually gets a blunt weapon. Natalia, while a bit…creepy…has the power to see enemies before Barry can. She’s also a freakin’ kid, so she can squeeze into tight places and sneak around unnoticed. Also, she wields bricks, so that’s cool. (If you are playing co-op, and your partner likes to shoot things as well, I’d recommend switching up the characters. For example, I play as Claire in her sequence, and Natalia during hers. It’s a nice mix.)

Other than that, Resident Evil Revelations 2 feels like a nice hybrid of past and present. Within are dark, sometimes repetitive, creepy environments, documents to uncover, simplistic puzzles, numerous…zombies, or whatever they are, mutated, B.O.W.-looking creatures, plenty of action for you trigger-happy folk, and a nice chunk of cheesy dialogue. (For the record, there was a golden two-liner between Claire and Moira that will make any Resident Evil fan happy.) There’s also an upgrade system that can affect anything from weapon damage, healing time, bullet bonuses and more. Nothing too extravagant, but appreciated nonetheless.

For future episodes I’d LOVE to see more puzzles, and more challenging puzzles at that. After all, the game practically feels like it’s made for puzzles with the different character abilities and all that. I also hope future episodes are a bit…scarier. Y’know, like, truly creepy. Give us that eerie, tension-building music and some varied locations. The tried and true location of a run-down prison has ran its course, methinks. 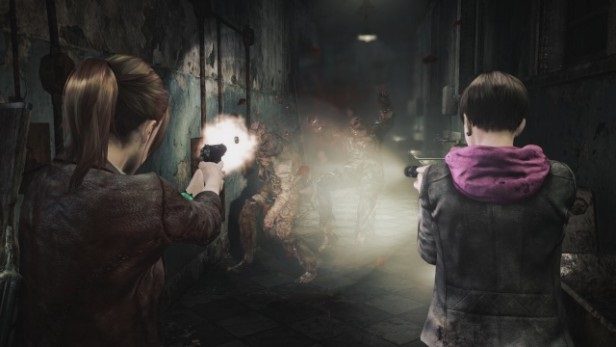 In short, I would definitely recommend the first episode of Resident Evil Revelations 2. After all, for $5.99 per episode you ain’t got a lot to lose, and I’d reckon (YES I JUST SAID THAT) you’ll get roughly two and a half or so hours of gameplay. Give it a shot. See if it’s something you enjoy. If you find that you do enjoy it, and if you’ve never played a Resident Evil title before, congratulations – YOU’RE NOW A FAN. Go play all of the older games. <3

Note: If you plan to play on PC, apparently some features have been removed. Head here for more information. Also, I haven’t touched Raid Mode. Not really my thang, but I may try it in the future. If you’ve played it, let me know what you think!