I don’t think “Resident Evil Re-REmake” is the appropriate name for the new Resident Evil HD awesomeness (I think it’s “Resident Evil Remastered”), but dammit, it’s my blog and I’ll call it the Buttsex’d Remastered Version if I so please. Or something. Work with me here, people, I don’t hold much power in this world so the little things really do mean a lot. ;D 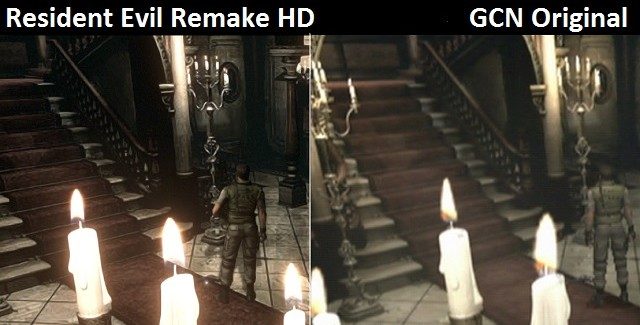 Capcom has announced the, uh…Resident Evil Re-REmake will be shambling its way (see what I did thar?) to PC, PlayStation 3, PlayStation 4, Xbox 360 and Xbox One on January 20th via the new-age way of digital download for $19.99. A physical copy of this game will not be sold in stores. (Which kinda bums me out. I love me a physical copy.) The game runs in 720p for last-gen systems, and in 1080 for the current-gen stuff. If you really wanna freak yourself out, you should totally take advantage of the optional 5.1 surround sound support. Finally, you can play the game in 4:3 or 16:9.

This is so fucking rad. As I’ve stated a million and a half times, the Resident Evil series is one I hold near and dear to my heart as it’s what fueled my crazy-ass obsession with zombies. More than anything, though, I’m stoked for those of you who have yet to play a Resi game from earlier in the series. (Y’know, everything pre-Resident Evil 4.) AHHHH SO EXCITING. This will be *perfect* for you.