(Make sure you turn dem subtitles on!)

A brand spankin’ new remade, remastered and redone (does that even make sense?) version of the original Resident Evil is making its way to Xbox 360, Xbox One, PS3, PS4 and PC as a digital-only title early next year. Technically, it’s a remake of “REmake” — the GameCube remastered version of Resident Evil that released in 2002. CONFUSED YET BRUH?! 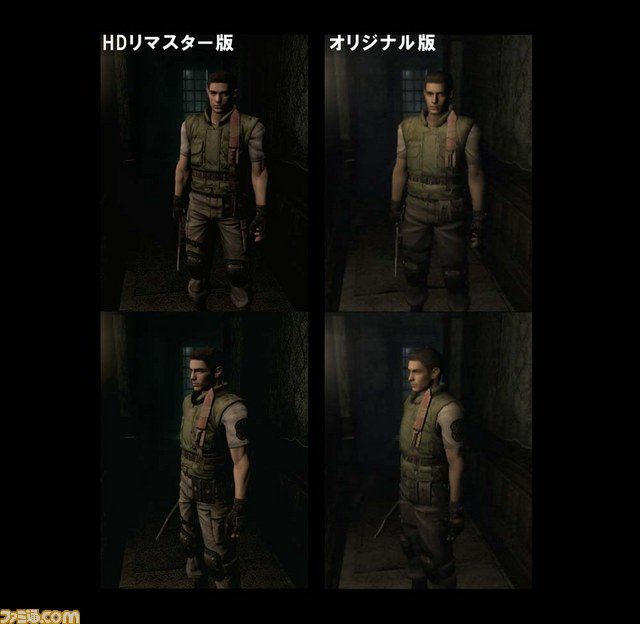 Freakin’ sweet, right?! Resident Evil is one of my favoritest of my favey-faves, and I’ll gladly allow any sort of HD awesomeness to grace my life with its undead presence. And hey, this gives folks who haven’t played the original Resident Evil an attractive option (no pun intended) to experience a true classic.

Famitsu has a few screenshots, not a lot, but enough to show us what we’re lookin’ at.

It’s been years since I’ve revisited the original Resident Evil…methinks this remastered edition will be the perfect way to amend that. <3