Because I am an artard or something, Resident Evil 6 had NOT saved my battle with the USkank SOOOO I had to beat that iron-clawed fucknut down again. Which I did, with ease, by the way. It’s like my badassery scale went up by a point while I was away or something. And before I proceed any farther, I want to preface this post with the honest truth that I was slightly buzzed during this play session and since it was a few days ago my memory is like OOOHWHATHAPPENED?! So, bear with me. Kthnx.

In any case, after splitting away from Sherry and Jake Helena and Leon came to a cockblock door that required three different keys. Sure, great, whatever — except this THING was all over our nuts and wouldn’t let us search for the keys in peace. 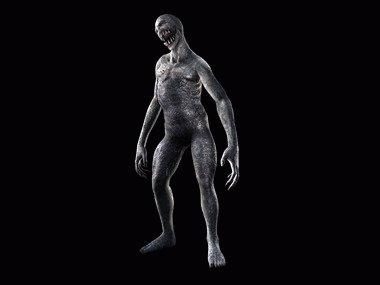 I think it’s called a Regenerator, and I don’t even know if that’s even it in the above photo. All I know is that these fuckers were supposedly in Resident Evil 4 (my brain doesn’t recall seeing them, though) so apparently this wasn’t my first run-in with this…thing. AND HOW DID IT EXPRESS IT’S GRATITUDE OF RUNNING INTO LEON ?! It tried to stick Helena’s head in meat grinder. And the sad thing is that it succeeded a few times before my partner got the button prompts right.

Anyway, after we found all three keys and unlocked the door, we ran into Ada (details are, um, fuzzy) who tried to KILL us. What a great character, that Ada Wong. So, we chased that bitch. But it turns out we weren’t the only ones chasing her: 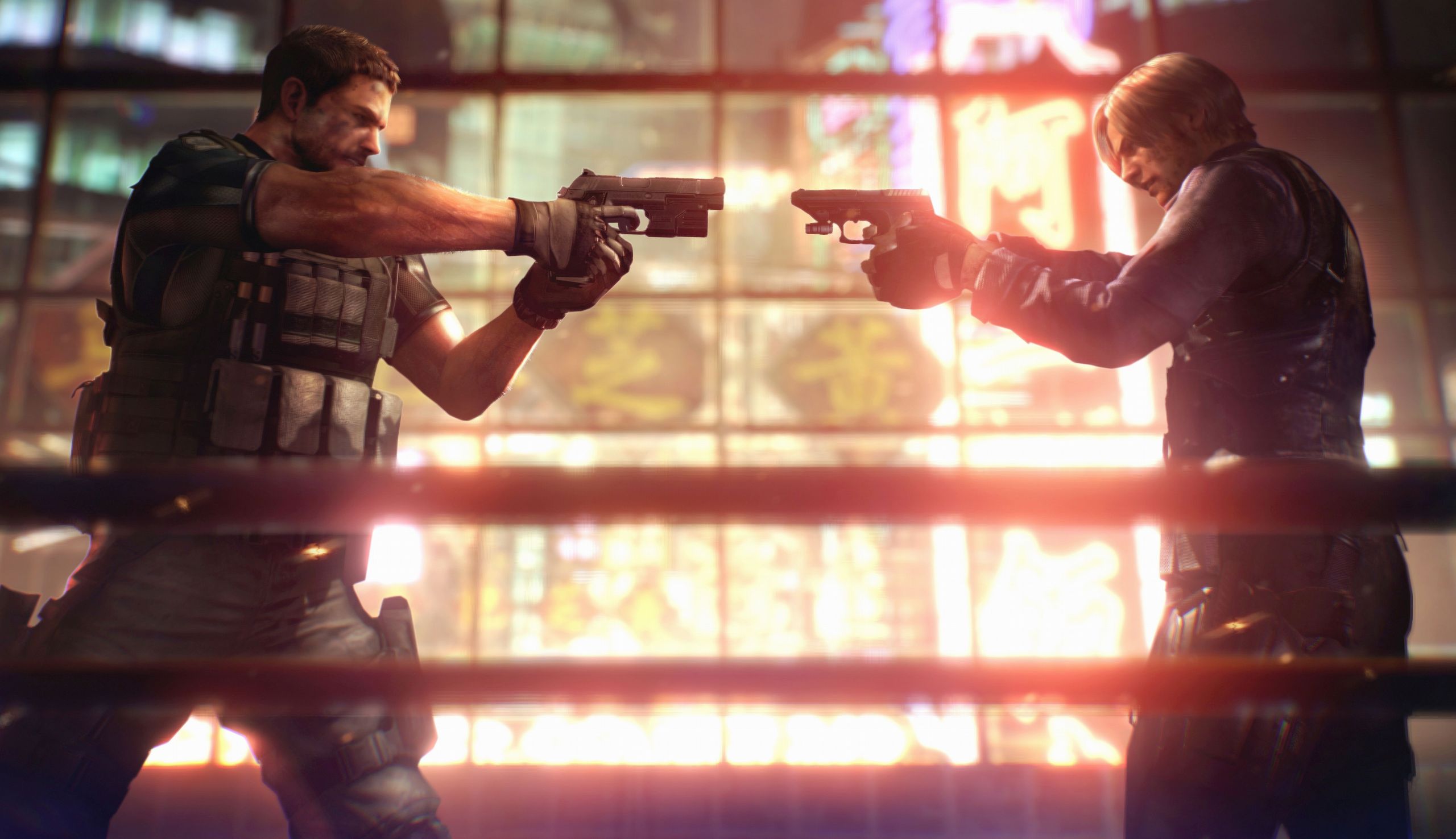 Hello, studs. So glad you can see each other. In the same screen. In HD.

Chris claimed Ada caused the outbreak, Leon said she was a key witness, yadda yadda yadda. All I know is my longtime wish after seeing the RE6 trailer, dated April 10th, didn’t come true:

“Chris and Leon are going to meet for the first time!!! Maybe they’ll forget about everything happening and remove their shirts so that they may compare their six-pacs or something. That would be amazeballs. Speaking of amazeballs, DEM GRAPHICS! I’m sure you’d be able to see every ripple of muscle…oh, ahem. Am I typing out-loud? ;D”

So, yeah, THAT didn’t happen. But anyway, I’m going to be honest (again) and tell you I don’t remember how or why things happened following this event. But this is what how shit went down according to the Wiki:

Leon, Helena, Sherry, and Jake confront Simmons over his involvement with the outbreaks, where Sherry covertly hands Jake’s medical data to Leon in case of their captivity. Leon and Helena corner Simmons, who has been infected by a J’avo, atop a train, where he confesses to having killed the President to keep him from disclosing the truth behind Raccoon City, which would have led to the US losing its authority. The two temporarily defeat a mutated Simmons while Sherry and Jake are captured. When attempting to leave the city, Leon and Helena are warned by Chris that a missile has been launched, but are too late to stop it. Leon discloses Jake’s real identity to Chris and has him rescue Jake and Sherry in a remote oil platform. With the aid of Ada, Leon and Helena finally kill Simmons before escaping with evidence proving Simmons’s crimes provided by Ada, exonerating Helena.

SWEET! There you have it, folks! I finished Leon’s campaign.

Next up: CHRIS! Several of you have told me Jake’s campaign is your favorite, so I’m saving that one for last.

Also, I want to delay the inevitable crush I’m going to develop.