Has Chris Redfield always been this stubborn? I thought in Resident Evil 5 he was, like, more low-key. But then again, in RE5 all of his men (aka Sheva) didn’t succumb to the C-Virus (or whatever virus it was that Ada Wong splattered all over those poor men) so I guess Chris has a reason for not only being stubborn, but for being an…ALCOHOLIC?! That’s right, kiddos! Chris Redfield’s campaign starts off with him throwing back a few alone in a bar. #ForeverAlone 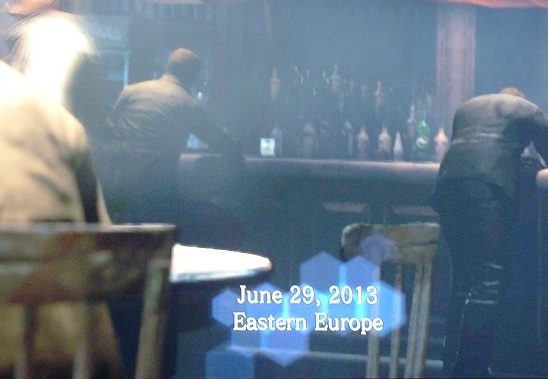 But never fear! Former comrade and hottie-booma-lottie Piers Nivans shows up at the bar to save the day and be all like, “YO, bro. You’re, like, Chris Redfield. A LEGEND! A CAPTAIN! A BADASS! Why you be in here drinking all of that away, mang?!” And let me just say, Piers is almost too good looking. Like, he’s so perfect he looks weird.

I can’t remember HOW, but somehow Piers convinced Chris to put the bottle down and resume his badassery as a Raccoon City Alumni.

Wikipedia, take it away!

“On December 24th, 2012 Bio-terrorism Security Assessment Alliance (BSAA) Captain Chris Redfield and his team, including sniper Piers Nivans and demolitions expert Finn Macauley fight against the two Orgomans and J’avo. However, they are attacked by a Neo-Umbrella agent that refers to herself as Ada Wong, who kills most of the BSAA members using a device that injects them with the newly developed C-virus, turning them into monsters, except Chris and Piers. The aftermath causes Chris to go into self-imposed exile, binge-drinking at a bar. Later, Chris returns to duty in the BSAA with Piers and a new team, arriving in Lanshiang under the threat of a bio-terrorist attack. Chris recovers from his Posttraumatic amnesia and goes on a vendetta against Ada, resulting in mounting casualties for his squad. Chris and Piers corner Ada, until Leon intervenes.”

Y’know, when I was playing Leon’s campaign I didn’t dislike Ada with a fiery passion. But now that I’ve played about 2/3 of Chris’ campaign I hate that bitch. I can’t figure her out — is she a good guy? Er, girl? Will I learn to understand why she did what she did after I play her campaign? I’m not sure, but all I know is she killed Finn MacCools  (that was my nickname for him, based off an Irish Pub I used to frequent <3) and that is NOT OKAY. NOT OKAY, ADA! BAD GIRL.

Let’s see…what are some other memorable things that have happened so far…::rubs beard: OH! I fought one of these: 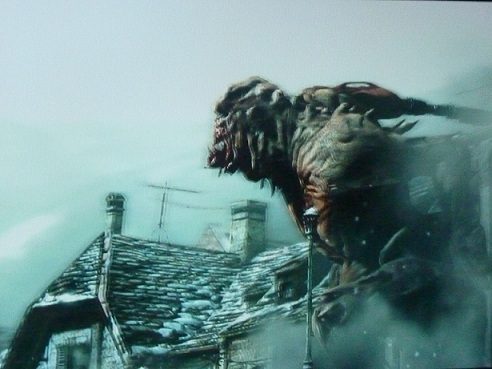 Officially, they’re called Ogromans. However I commonly refer to them as “Monsterfaces”. Also, Capcom, WTF? Like, these monster-motherfuckers you come up with keep getting bigger and bigger as the series progresses. I’m scared to see the size of these bad boys by the time Resident Evil 12 comes out. If these Monsterfaces continue to thrive, they’re going to be the size of a freakin’ continent.

But by far, the best thing that has happened during this entire game is as follows: 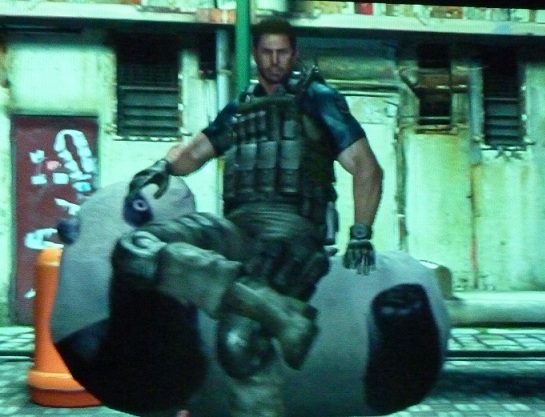 Yes. You are looking at Chris Redfield on a panda swing…thing…in the middle of a children’s park in China. Props, Capcom brosephs. That was fun lil’ Easter egg <3.

If someone is controlling Piers, you can have him slide down a slide, belly-first. ISN’T HE SO CYUTA?!

So far Chris’ campaign has been pretty “meh” (besides riding a panda) and for the love of GOD, those cover mechanics MUST change. So. Bad. And I’m finding Chris to be a little annoying with all of that stubbornness. I mean, sure, he’s had a pretty rough life. He survived a zombie apocalypse in Raccoon City, not to mention Las Plagas/Ouroboros shit Resident Evil 5, and now he has to face the C-Virus. BUT TOUGH SHIT, I SAY! That doesn’t excuse the fact that his one-tracked mind is causing several deaths in his squad!

Chris Redfield, if you’re reading this, I’d like to have a word with you in private. But please, um, remove your shirt before you come in. (HEY-O!)