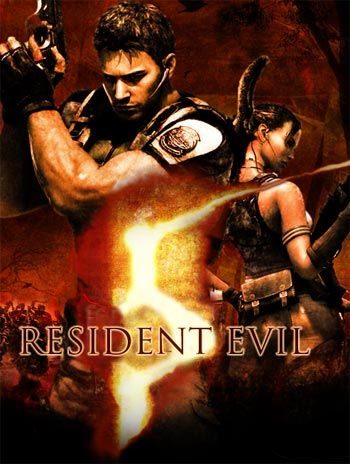 Prepare for this log to be one of those “Hmm, okay let me try to remember what happened last weekend” logs. You see, I’m playing Resident Evil 5 co-op. This is awesome. However this also means I can’t stop and snap photos of every decomposing body I see, nor can I pause the game in order to copy down the information I find in documents scattered throughout the game.

(Also, a heads-up: I used to be well versed on the lore of Resident Evil, but it’s been quite a while since the series has made my panties wet, if you nah’msayin, so I may be a little rusty. I’m going home and opening up my Resident Evil Archives book and freshening up my memory, for I have failed myself.) 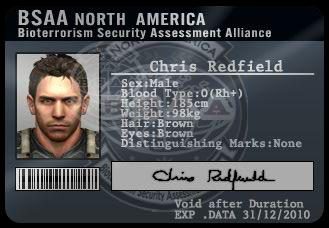 Chris Redfield now works for the Bioterrorism Security Assessment Alliance (or the BSAA…don’t ask me how I knew that) and has been sent to Africa to investigate a possible smuggling of a Bio Organic Weapon. He has been partnered up with Sheva Alomar, a member of the BSAA West African Branch. Her parents were killed by Umbrella when she was a wee lass. She’s out for revenge and all that good stuff.

Now, do you remember Jill Valentine? Yeeaaah you do.So back in 2006 she and Chris went after Oswell Spencer (former president of Umbrella) on Rockfort Island (<3 CODE VERONICA!!!) in an attempt to gain a lead on Wesker’s whereabouts. 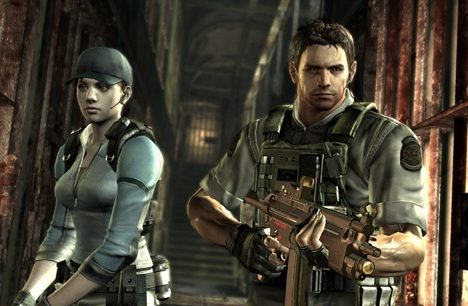 Upon infiltrating Spencer’s study, however, they found Wesker instead—standing over Spencer’s body. That doodoohead. Jill and Chris attempted to kick Wesker’s ass, but they failed miserably and Jill ultimately sacraficed herself by tackling Wesker out of a window. Neither body was found so they were both presumed dead. (YEAH RIGHT.) Anyway, Chris and Sheva received a memory card from this guy named Josh (he also works for BSAA and he is the one who trained Sheva), and on that memory card was a photo of Jill. Now Chris has a personal stake in all of this; he needs to know what happened to his “partner”—a.k.a. fuck buddy (it’s so obvious). (And you KNOW he totally fapped to that photo. Capcom just cut it out.)

Eventually we (“we” being Chris and Sheva) found Irving, but he was taken away by some chick in a cloak. Not cool, lady, not cool. And if you turn out to be Ada Wong I’ll be pissed. You’re supposed to be out boinking Mr. Kennedy.

Resident Evil 5 is a game I’ve played before. It’s also one of those games I got *this* close to finishing but never did. Because that’s what I did back in the day. BUT NOT ANYMORE! I will finish RE5, and you will be a part of it. In fact, the government might even turn the day of completion into a national holiday. <3.

But seriously, I’m having a lot of fun with RE5. In fact, I don’t remember it being this much fun. Sure, the whole “can’t walk and shoot” aspect can be frustrating at times (“OH! A crate! Let me walk over to it and whip out my knife. ::knife swipe:: Oh. I’m too far away. Okay, let me put my knife away and walk a little closer…”) but it’s nothing I can’t overlook.

The Resident Evil series is one my favorite, and this new route it’s taken (starting with RE4) has definitely required some getting used to. It may have taken some time, but I’m now able to appreciate these games for what they are. So far RE5 feels vastly different than other RE titles (sans RE4) but some elements of prior RE titles still remain. I love reading the documents, exploring every nook and cranny, admiring the detail, solving puzzles…and of course, blasting enemies in the face is always fun. ;D 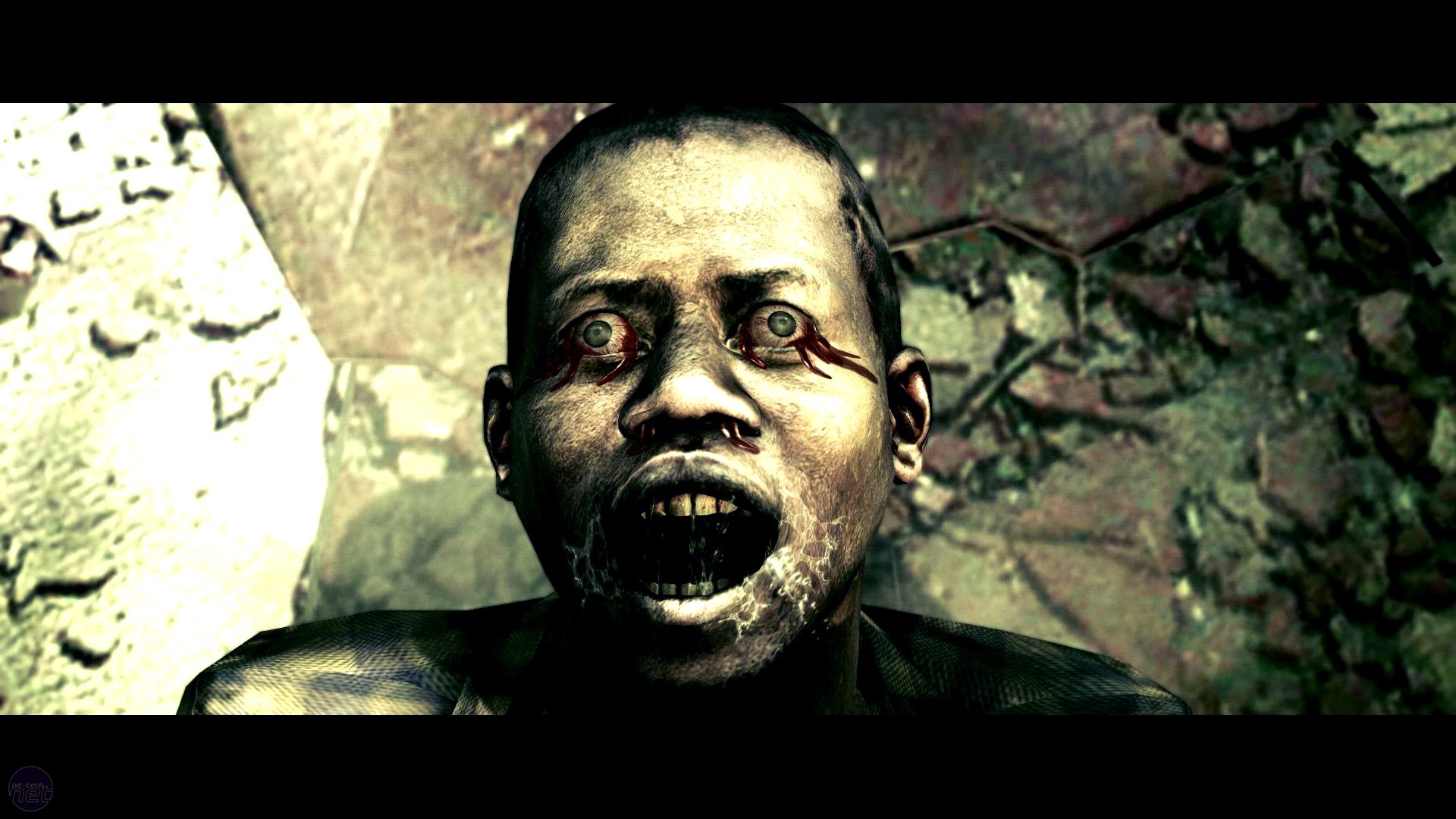 Yep, that is correct. I managed to finish Resident Evil 5 without making more than two entries for it! Go me and my dedication to this game log! ;) But for serious, this was one of those games I co-op’d through so it was rather difficult to keep a log going. Plus, I played a lot in Mexico and I sorta-kinda caught my own version of Las Plagas while I was there, which put me down for the count.

Now that the excuses are over…

What is there to say about RE5? Story-wise I found it significant that Tricell (the guys funding the BSAA) had taken over an underground Umbrella facility and continued their research. Those bastards. Other points of interest:

Let me set up the situation for you: I’m packing a full load (meaning all of my inventory slots are filled) and I come across a box of machine gun ammo sitting on a table. And you know what? I need that machine gun ammo. Not only because I’m completely out of rounds for my MP5A5, but because I’m a crazy motherfucker who likes to spray some shit. So I go to pick up said machine gun ammo.

However, I am quickly cockblocked; I can’t pick up the box of ammo. Because I’m carrying a full load and my slots are full.

Okay. Upon first glance this situation makes sense. I mean, it’s a videogame. My slots are full. I can’t hold ammo.

But. And this is a big “but”–WHY CAN’T THERE BE A PROMPT TO TAKE THE ROUNDS AND DIRECTLY PUT THEM INTO MY MP5A5?! Like, you know, open up that stupid box of ammo and directly insert the 30 rounds into my machine gun. YOU KNOW, the thing people do IN REAL LIFE. BAAAAAAAH.

And with that, Resident Evil 5 is finished. Now I will wait until Resident Evil 6 launches. With soggy undergarments, that is, because holy HELL that game looks promising!!!