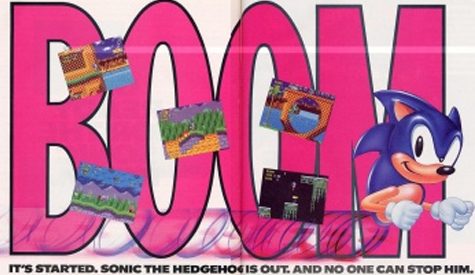 Man, growing up the Sonic cartoon series was the SHIT. In fact, I think I had a slight crush on Sonic. No, not because he was a hedgehog and I’m into that sort of thing (both sound equally disgusting and painful) but because, uh…I don’t know. I think I might have had more of a thing for his voice actor. I DON’T KNOW ANYTHING ABOUT MY LIFE.

According to Destructoid, the cartoon, titled Sonic Boom, will be CG and should begin airing on Cartoon Network in Fall 2014. Expect cameos by Tails, Knuckles (!!!) and Amy Rose. The show is apparently targeted towards kids ages 6-11, which means it will be a thing that’s perfect for my maturity.

Will you watch it?