I had such an amazing time last weekend. It was chaotic, exhilarating, humbling, rewarding and satisfying, but most of all, it was FUN.

For the kids that listen to We’re Alive: Remember the water scenes that involve Michael and Pegs in Chapter 16 – Over the Air Waves? Of course you do. Anyway, this is the infamous water tub Jim Gleason and Elisa Elliot acted in.

When we arrived, the room was, hot, stuffy and sweaty. The PERFECT combination for a place that would eventually hold close to 200 people. 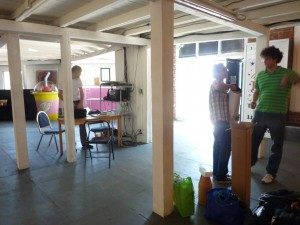 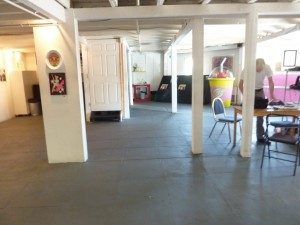 Someone asked if Greg and I were roadies. That’s pretty much the best way to sum it up. LOL.  I felt a little worthless because I didn’t know WTF I was supposed to do, and I was too short to hang stuff, but I tried my best to bug and pester people with photo and video taking. 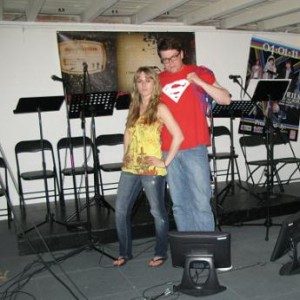 I’m bummed I didn’t snap a picture of the merchandise table after everything was set up.  There  were so many badass things to choose from, like three different t-shirt designs, We’re Alive posters, pins, stickers, Season One box sets, Pete’s water, etc.

Once 7:30 rolled around, Greg and I took stage. We had 45 minutes to kill before the live event, and I think we bullshitted with the audience extremely well! I wouldn’t say I was nervous, but honestly guys, it was the first time I had EVER tried to host anything besides a podcast, and thank GOD for Greg-gory Miller. He knows how to work an audience, and it was easy to catch on with his…uh…rhythm. Whatever the fuck you want to call it. 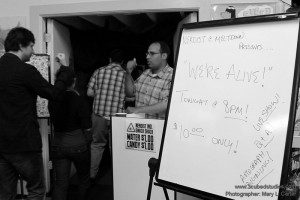 We also held We’re Alive trivia. I had prepared about 30 note cards of (what I had thought to be) easy questions. Greg and I would call on a random person from the audience, ask them a question, and if they answered correctly there were a few prizes for them to choose from (like signed flower pots and t-shirts!). Unfortunately, the questions weren’t as easy (or basic) as I thought and a lot of people didn’t know the answers, but  I think a lot of them just brainfarted when they got on stage. 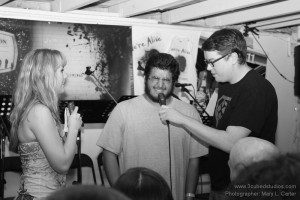 Oh, at this point, let me tell you how effin’ HOT it was. I could feel sweat dripping down my back. Yeah. GROSS. After we wrapped things up, the actors came onto stage and performed the entire script of Chapter One. They kicked insane amounts of ass. 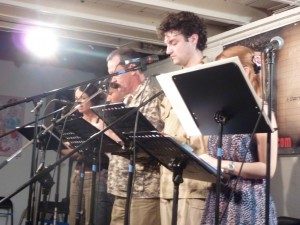 Following the live performance was the Q and A as well as the meet-n-greet/signing session. At this point, I’m walking around like an idiot grinning from ear-to-ear. I was SO happy for Kc and the crew; the entire evening went so smooth, people were cheering and laughing during the live performance, and now there was a huge line to meet the actors and get things signed.

In fact, there were so many people wanting things signed that we uh, overstayed our welcome at Meltdown. We had to bring the party outside and to this little eatery place called Rainforest Pizza something-something, where we all tried to unwind and have a drink (or two!).

I was able to meet a few fans of We’re Not Dead while at the We’re Alive event! It is extremely humbling to have someone walk up to you and admire your work. It makes everything worh it. <3 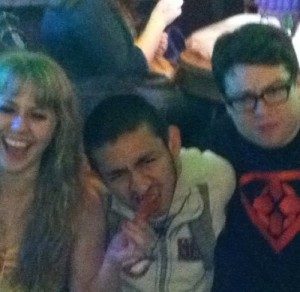 He wanted one of my hot wings. Who was I to say no? 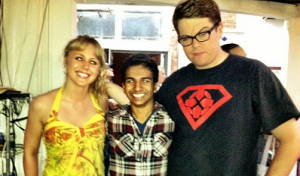 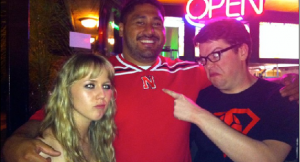 To say I had a good time would be an understatement. All I know is that there needs to be another one of these live events and it needs to happen VERY soon.