HOW CAN PAX ALREADY BE OVER?! What a w-h-i-r-l-w-i-n-d. Here we are, two days past, and I’m still finding myself recovering.

PAX Prime was a bit different this year, as the convention was sprawled across four days instead of three. Having four days was quite nice, as I imagine the point was to give con-goers extra time so go hands-on with games they missed during the first three, but the, erm, problem is that the LINES NEVER DIMINISHED. I’m not kidding! Many, including myself, suspected the game lines would dwindle throughout the fourth day but, uh, no. They were JUST as long (if not longer, no joke). I guess people planned accordingly and waited to head home Monday night!

As nice as it was, I felt like four days was a bit long — IF you’re covering the event, that is. Granted there’s no one forcing me to cover all four days, but there’s an undeniable sense of obligation when the convention is a few blocks away from your crib and you see everyone and their mother touting PAX badges around the city. But then again PAX Prime is only once a year, and hell, you might as well make the most of it.

I now shall talk about the highlights of PAX Prime 2013! (There was one lowlight, and it involved getting buffalo sauce in my eye. Video to come.)

Dragon Age: Inquisition had a HUGE presence this year, and that made for an extremely happy and pant-wetting Britt. Not only did they have a HUGE DA:I panel in the main theatre where they debuted LIVE GAMEPLAY IN FRONT OF MY EYEBALLS they had several mini-panels in the BioWare booth and FRANKLY DRAGON AGE IS EVERYWHERE. It’s receiving SUCH positive juju, and I’m seriously on cloud nine right now. (You’d think I was a part of the team!) I was able to meet several of the developers IRL for the first time, shook Mike Laidlaw’s hand (SQUEE!) and got this amazing canvas print of my Dragon Age: Origins signed by the team: 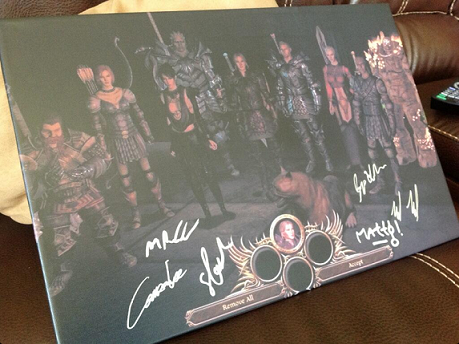 The BioWare base also had a photobooth. I took great advantage of it. 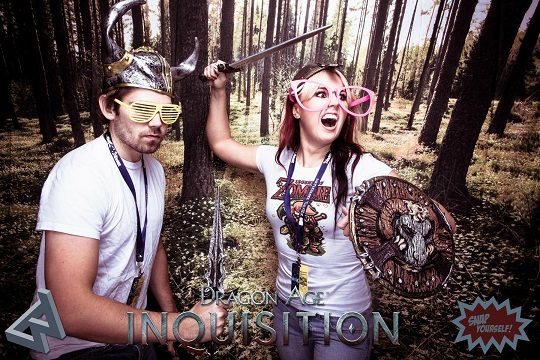 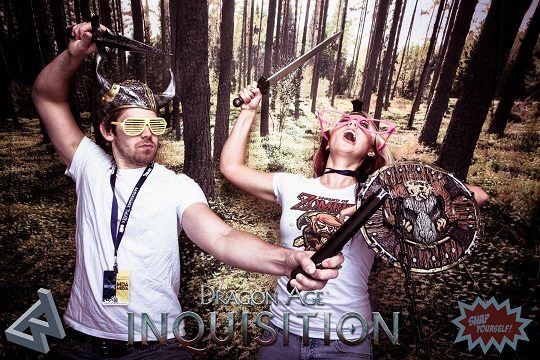 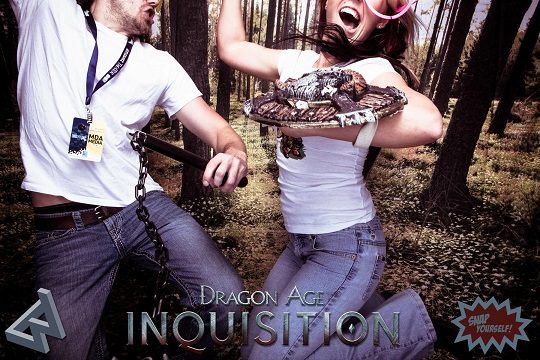 I still have yet to gush over all of the latest Dragon Age: Inquisition news, because quite frankly I’m probably going to need to dedicate an entire day of my life for it, but keep on the lookout!

The Last of Us Panel 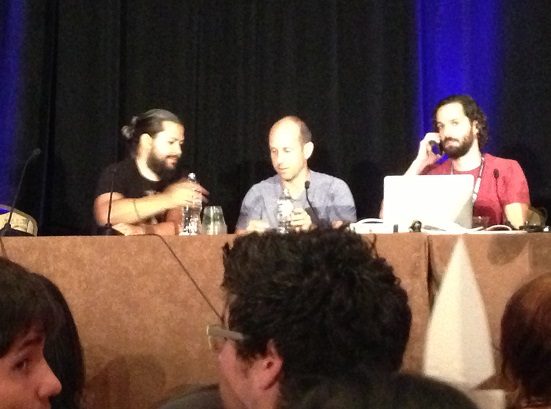 Now THIS was super neat. The entire premise of the panel was that we, the audience, were Sony bigwigs and Neil and Bruce were tasked with pitching us the concept of The Last of Us. So, they showed the original slideshow they gave to Jack Tretton, Shu, etc. It was VERY fascinating to hear what the original pitch was. Like, friends in the game were the main foes, certain plot twists were different, etc. We also witnessed the BEST alternative ending ever — IT WAS A MUSICAL. Polygon has a great recap of the panel here — spoilers within, so be warned.

After the panel Neil and Bruce were signing autographs and you BETCHO’ ASS I jumped on that opportunity. In fact I ran my butt home (PERKS TO LIVING IN DOWNTOWN!), snatched (HA, snatched) my copy and ran my butt back to the convention center so I could get that masterpiece scribbled on.

After getting the awesomeness you see above, everyone hauled ass to the inFAMOUS: Second Son line. inFAMOUS and I have a weird history — I played the first, loved it, finished it, became enamored by the ending’s twist and HAD to immediately plop inFAMOUS 2 in the disc tray. Unfortunately after the immediate “OMG SQUEEE!” wore off I decided I needed an RPG in my life, and like, started Dragon Age: Origins over again. But nonetheless inFAMOUS: Second Son looks fucking KILLER and, hey, it’s in Seattle so WHY NOT. Also, my favey-fave Troy Baker is in it!

Troy and I sometimes flip shit/converse on Twitter, so it was great to finally see him in person. Unfortunately after the panel was over he was swarmed so I was only able to run up on the stage and give him a quick hug. 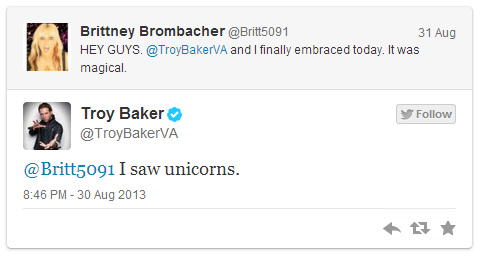 I know I’ve gone ON and ON about this before, but one of the best parts about PAX is meeting new people and seeing folks you haven’t in a year or even more. SO. To all of those who I finally said an IRL “OHAI!” to, YOU WERE AMAZING AND AWESOME AND I WANT YOUR E-BABIES. \

I, uh, only can find two photos at the moment. So you can use your imagination for the others that are supposed to be there.

Now I’m trying to rest up for a bit ‘cuz on Friday morning I’m flying to California!

NO REST FOR THE WICKED.

How was your PAX, and how did it compare to others?