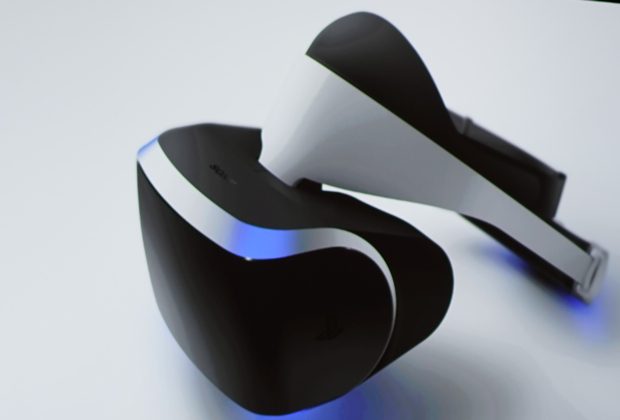 Last night Sony announced their Virtual Reality initiative, titled Project Morpheus. Sony R&D began exploring the possibilities of VR about three years ago after dinking around with the existing HMZ headset series, and the name “Project Morpheus” reflects those years of, you know, morphing and shaping and all of that fancy stuff prototypes go through.

“Virtual reality is the next innovation from PlayStation that will [shape] the future of games.”

Sony revealed some technical mambo jambo, half of which I understand because that shit is greek to me, but here goes: Morpheus’ current dev kit display runs at 1080p, with a 90 degree+ field of view. The tracking is at 1,000 Hz with a 3 meter working volume at a full 360 degrees. (SURE!) For more details on the specs, head over to Destructoid.

Finally, while there isn’t a release date set, Sony hopes to have a developer kit available in the near future.

Hours before Sony announced Project Morpehus, the team at Oculus were quoted as saying they’re excited for the competition. “It validates the experience, and a lot of resources end up being shared. This is a really new thing, and it’s nice to have some titans out there telling people that this is cool.” explained Palmer Luckey, the founder of Oculus.

I have a fascination with this VR shit. I just want it to succeed and not cause me to feel like I have, like, morning sickness all of the time. (For the record I don’t know what that’s like.) I hope in my lifetime — and I say it’s highly likely this will happen — I’ll be able to insert my actual being into a game. You know, I want the ability to seamlessly romp around Hyrule Field as Link would. I feel like these VR headsets are the first stepping stone to that type of immersion so BRING IT.

C’mon Microsoft, WHERE U AT?!

Sony has a few demos on the show floor today, so stay tuned to those at GDC for impressions! I’m, uh, NOT at GDC because I’m a lameass but I can give you impressions of my view from my apartment in Seattle if that suits your fancy. It’s pretty grey and bland, so I hope a pop of color will be added for the next prototype. There seems to be a slight lag with traffc, and I can only attribute that to the terrible engineering of the folks that erected the street lights. Perhaps the City of Seattle should head forth with a round of layoffs and start fresh.