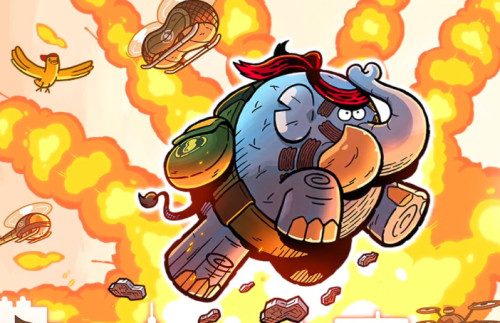 Do you like platformers? Do you like rampaging and destroying things? DO YOU LIKE BADASS ELEPHANTS?! Then, hot damn, I have a game you should Totes McGoats play. It’s called Tembo the Badass Elephant and it’s made by the same guys who make Pokémon.

So yes, you play as Tembo the Badass Elephant. Tembo is on vacation, just chillin’ and doing elephanty-things when he’s called in by the military to help destroy an evil group of douchebags called The Phantom who have invaded Earth. (Isn’t this just the best?) Tembo must make his way through numerous levels while destroying foes and rescuing civilians. Every time he kills a foe he’s awarded points, and that ultimate point amount needs to reach a certain threshold before Tembo can gain access to certain levels. (Rescuing civilians, although optional, grants points as well.) Once all levels have been beaten and unlocked, Tembo will be faced with a boss level. Rawr.

Along the way Tembo will collect peanuts, and once he’s collected 300 of them, the peanuts will turn into jars of peanut butter which serve as the extra lives of the game.

The game controls are fairly simple. Tembo has the ability to dash, jump, hover jump, butt-slam, uppercut and shoot water from his trunk (assuming your water gauge is full). The simple controls make for an enjoyable platformer, which in some ways reminded me of playing Sonic. Dashing through the levels and destroying everything in your path is BEYOND satisfying, and I feel like this is where Tembo truly shines. 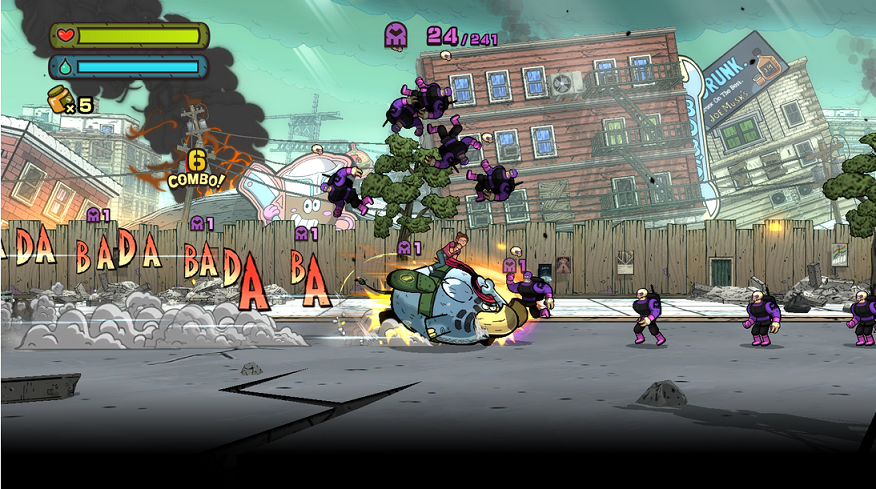 However, charging through levels isn’t advantageous. As I played the first three levels of the game, my strategy was to mow everything down and avoid enemies if I could. (Stopping my rampage to go after out of the way douchebags was cramping my style.) Unfortunately, when it came time for me to cash in my kills to unlock the fourth level, I was short 52 kills. So, I had to replay the second and third level and slaughter everything that moved before I could move forward in the game.

I played Tembo on PC with a keyboard, and while I eventually got the hang of the controls, I feel like this game is made for a controller. There are certain parts of the level that require some maneuvering and that can be tricky with arrow keys. Several times the thought of, “I wish I had a thumbstick or a d-pad!” crossed my mind. Playing with arrow keys isn’t impossible by any means, but yeah, I’ll definitely be playing this on a gaming console when it releases.

All that said, Tembo the Badass Elephant is practically oozing (ew, that word) with charm. I mean, Tembo is a freakin’ elephant version of Rambo and he radiates confidence unlike any elephant I’ve ever seen. Basically I’ve fallen in love with him. Not joking. I’ve already scoured the internet for a Tembo plushie. 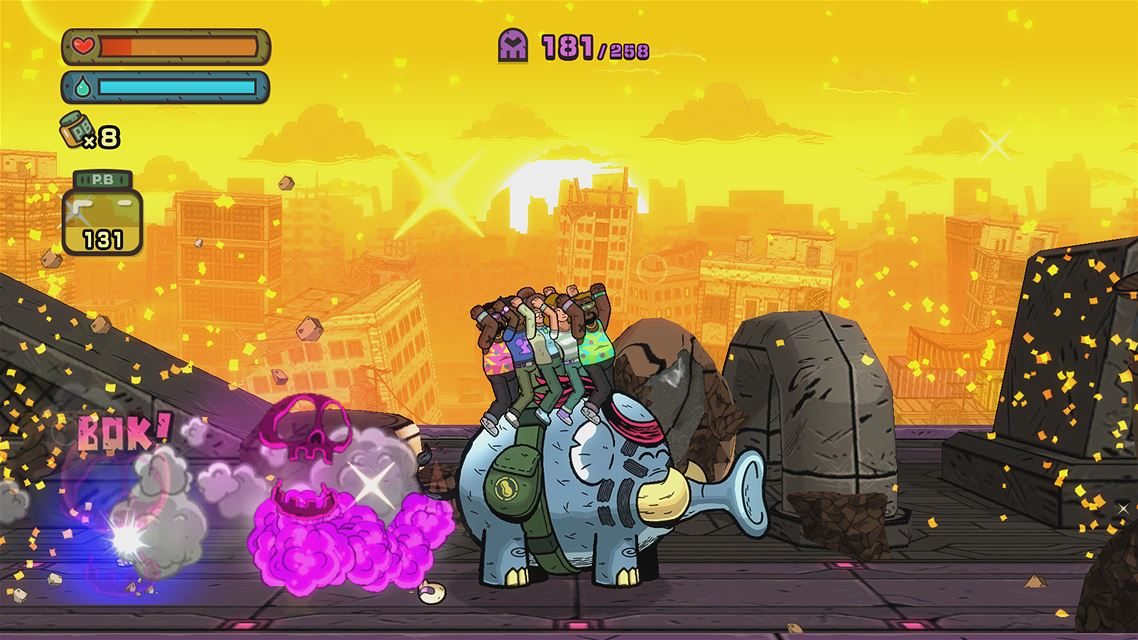 If your interest is piqued in the least, I strongly encourage you to keep Tembo the Badass Elephant in the back of your mind. I should be getting a review code shortly (and for consoles too, thank GOD!) and I’ll be sure to let you know my final verdict.