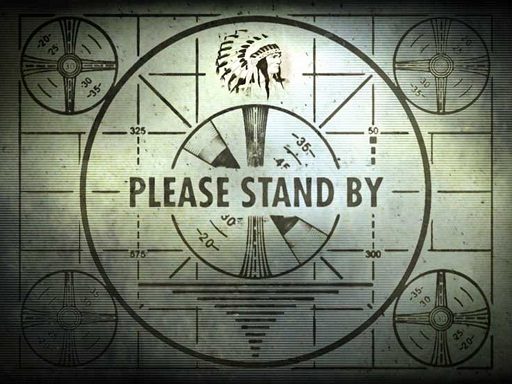 Are you excited for a possible Fallout entry that takes place on an Alien planet?! (That was the latest rumor as of yesterday, anyway.) If so, don’t pop that boner just yet (ladies, this applies to you too) because it sounds like it’s going to be a while before Fallout 4 — or whatever it’ll be called — will grace your consoles/PCs/life with its presence.

“We don’t [have a timeframe for our next game announcement],” Todd Howard, Bethesda Game Studios director told RockPaperShotgun. “But I think it’s gonna be a while.”

“We’ve gotten fairly used to all the questions and curiosity over the years. Everyone wants information. Right now, we’re just trying to figure out which of our ideas are going to stick and finding an appropriate time to talk about it.”

Ah, Fallout. ‘Tis a series I’ve never wetted mine panties over. I mean, I’ve tried. Many a year ago when Fallout 3 became a thing that came into existence I sat down, game in hand — in fact, I think I rented it from Blockbuster — and powered through the tutorial. (Er, the first part that takes place in the vault.) And I LOVED it! But as soon as I was let into the wild (aka the biggest fucking wasteland I’ve ever seen) and began depending on myself for, well, everything, I quickly found myself confused, overwhelmed aaaaaaaaand that was it. I was done. In popped Harvest Moon or Final Fantasy VIII or some shit. Granted, that was five or so years ago, which means I was…19…and just a baby…HOLY SHIT 19?! God DAMN I’ve gotten old. O_O

Ahem. The point I failed at making was that I hope by the time the next Fallout installment comes around (2016? 2017?) I’ll be ready to take on the task. It’s going to be a personal goal of mine. So. All of you Fallout nuts who know waaaaaaay more about this series than I, what do you want to see from Fallout 4? Different settings? New game mechanics? I’m quite curious.