Here I am,  again temporarily putting down a game in lieu of another. First I put down inFAMOUS 2 for Panzer Dragoon Saga, and now it’s Panzer Dragoon Saga for Portal 2. Thankfully Portal 2 will only take a day and a half to beat…although I may try to go for the gusto tonight!

What do I think is going to happen in Portal 2? I think it’s going to look purdier. GLaDOS will be back. I will create portals with a Portal Gun and leap through things. It will be amazing and I will laugh. Afterwards, I will cry. Why? Because it seems fitting.

But seriously I have no idea what’s in store with Portal 2. I assume I’ll be the same chick at another training facility. Just give me companion cubes and adorable turrets.

I wish I knew why I waited a week before writing up a game log, ‘cuz it really makes things kind of inconvenient. While I like to think I have a fantastic memory and all, it’s hard to recall events that happened so long ago. To recall those raw, true emotions…

Fuck it. Enough stalling. So last Thursday night I dove into Portal 2, and I laughed a LOT. I mean, cackling. We’re talking about putting-the-controller-down-for-at-least-30-seconds-maniacal-laughter.

Also, let me introduce you to one of the more recent inductees to Britt’s Favorite Characters of All Time: 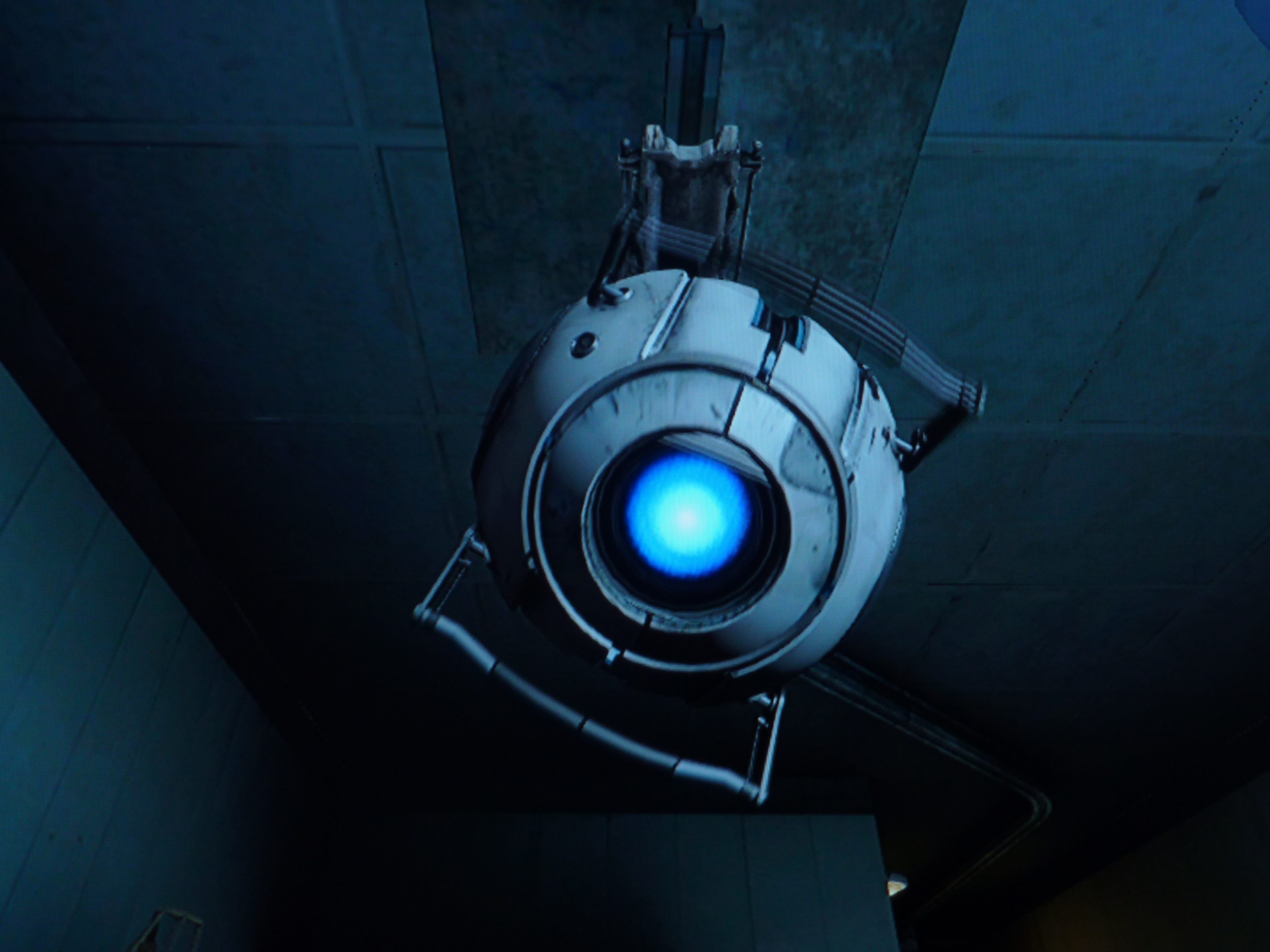 Wheatley, why are you so awesome and funny?

Again, I am a loony fool when I play this game. “Apple. Say APPLE. Okay, you just jumped…”

I didn’t proceed too far into the game, but there was a moment when I was carrying good ol’ Wheatley around thinking, “You know, there is no way they could kill this dude off. He’s too awesome!”

…not even five minutes later GLaDOS was reactivated and Wheatley was crushed and tossed away from me. 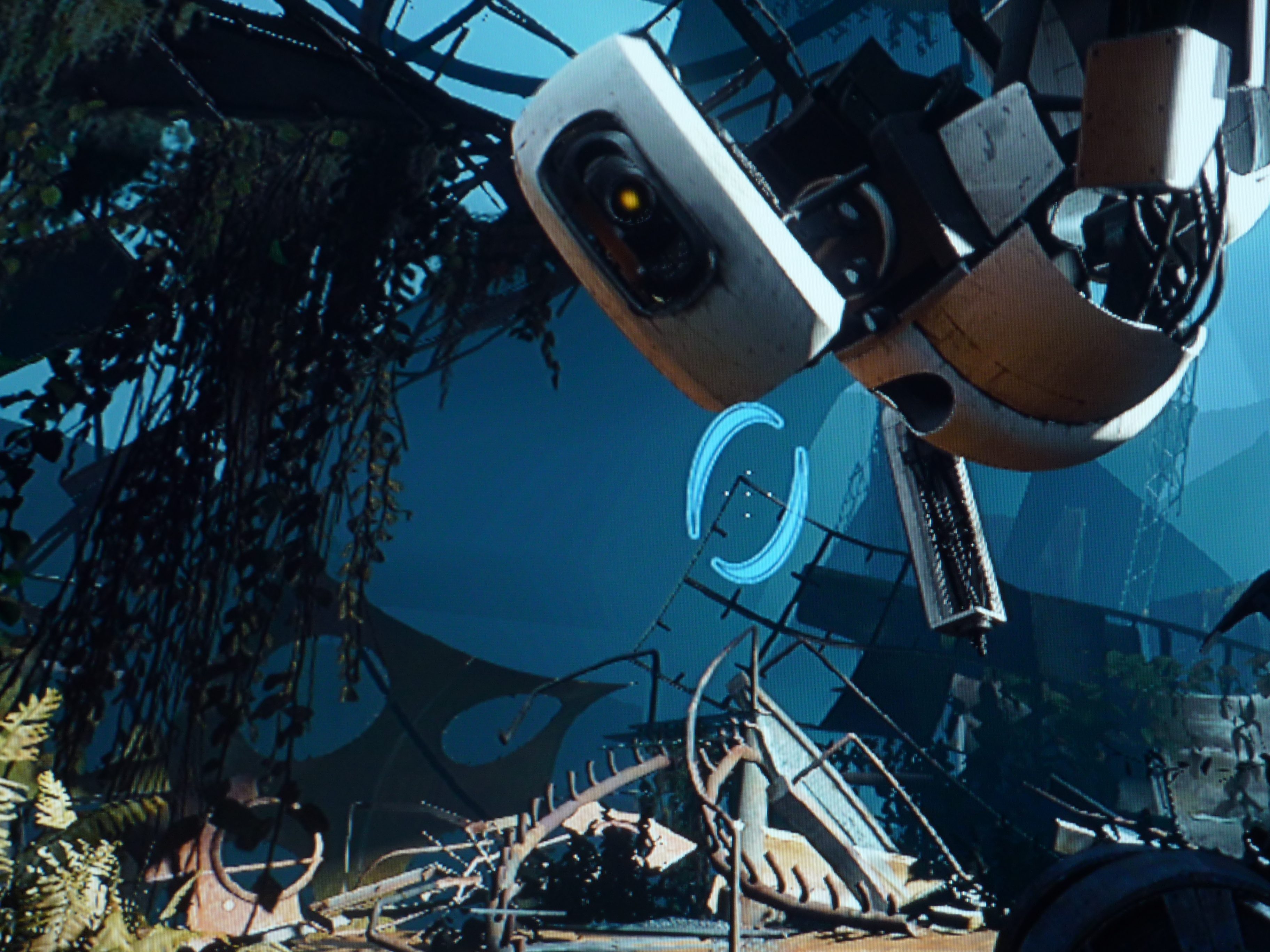 While I’m upset I don’t get to hear Wheatley’s banter (for the time being?), it is good times to listen to GLaDOS again and how she still hasn’t forgiven me for “murdering” her all those years ago. Teehee.

“Attention class: if you have sucked at keeping an updated game log, please raise your hand.”

Oh man. Writing a Portal 2 log is kind of rough. I mean, it’s like “OHAI EVERYONE TODAY I MADE IT THROUGH TEST CHAMBERS 18-21 AND I GOT REALLY FRUSTRATED!” Does that suffice for the past month? Cuz that’s pretty much what’s been happening between Portal 2 and I. Guys, I’m having a rough time with this one. I can’t get into it. I thought I was near completion of the game after I approached the free roam area and came into contact with GLaDOS (which fueled a second wind) BUT as it turns out I’m only, what, halfway done with the game? Does that sound right? That’s what I’ve been told, anyway.

So, I guess I can talk about how pissed off I am at Wheately. That bastard. He’s all bad and stuff now. Also, GLaDOS is a potato. And that effin’ makes me laugh very, very hard.

Uh…one of the major twists of the game has been spoiled for me already thanks to someone who posted it on my Facebook wall, so that kind of sucks.

MAN. Again, I can’t get into it! Portal 2 is not a bad game, not at all. I’m just not invested in the story, and I expected a quick “wham bam thank you ma’am” kind of experience like I got with the original Portal when I started. So, all there is to say that I’m going to have to grit my teeth and bear it. BEAR IT. Bare? BEAR? Bayer? 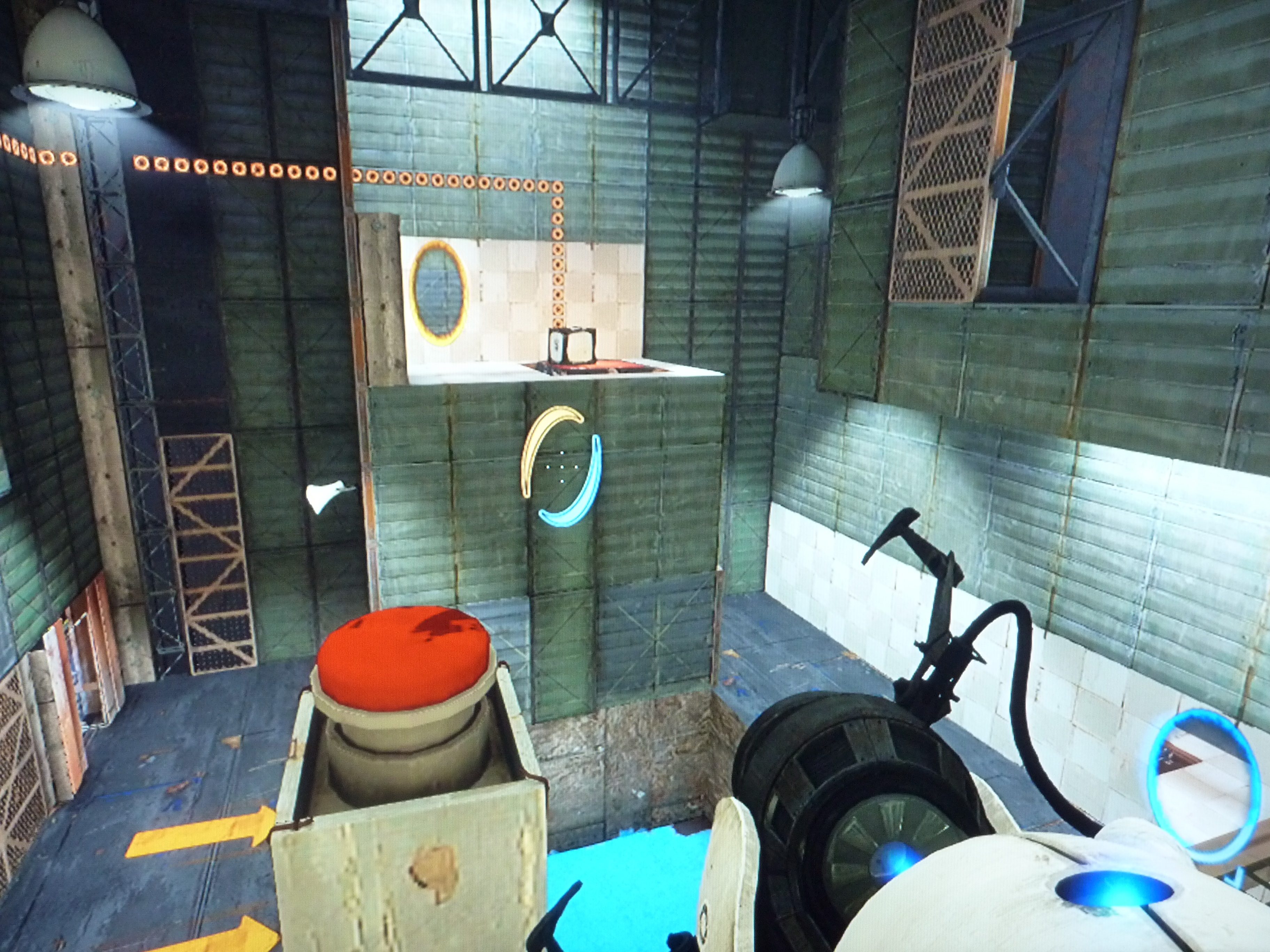 A big part in that is probably thanks to the change of scenery. I made it to the “retro” Aperture Science campus and testing chambers, which I found to be more enjoyable than the super high-tech chambers GLaDOS put me through earlier in the game. Speaking of GLaDOS, I like her in potato form and the quotes that come from said form. There’s just something hilarious about a monotone computerized voice coming out of a potato. Also, GLaDOS is totally the woman who is that doctor’s assistant (I can’t remember their freakin’ names)— and I know this not because I’m super duper smart—but because someone posted the spoiler on my Facebook wall. I also know the relationship between Chell and GLaDOS due to said spoiler, but I will act surprised when I find out. I promise.

Now, this is going to sound really dumb considering I’m writing about a PORTAL game, but holy hell there were waaaaaay too many puzzles! Yes, I get it—it’s a game where you must strategically find your way out of testing chambers utilizing nothing more than a gun that shoots portals out of it–so uhhh I should have expected many a’ puzzles. Hey, guess what? I’m not the hugest fan of puzzle games. 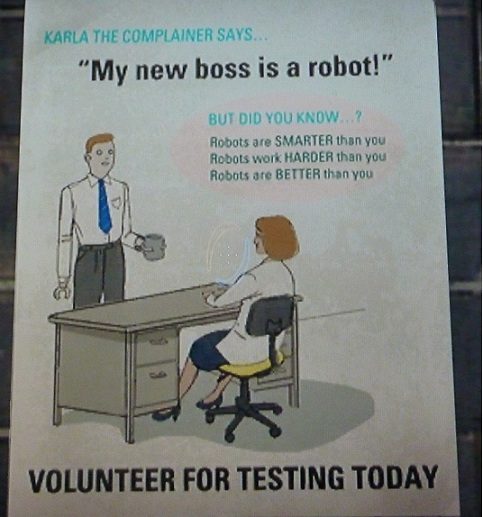 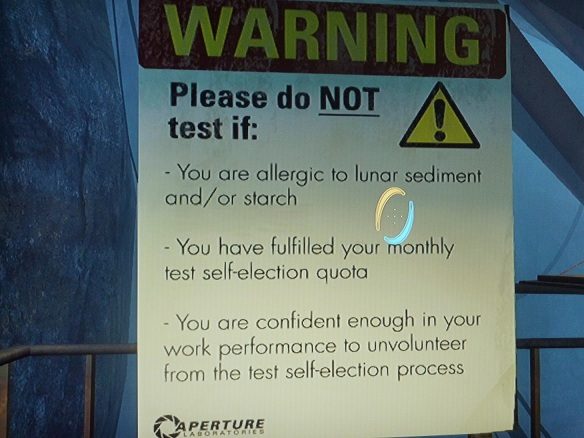