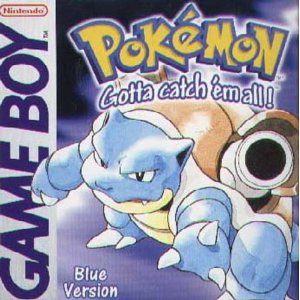 I have serious issues staying committed to handheld games. No matter how great the game is, if it’s a handheld exclusive, the odds of me completing it are like 18%. I’d rather play something on a nice, big, BRIGHT television—which is why I thank God daily for the Super Game Boy.

And thanks to the Super Game Boy I once made ample progress in Pokemon Blue, but I never finished the damn game.

I remember becoming frustrated with it because I couldn’t understand WHY my Charizard wouldn’t pay attention to me. ::sadface:: I also had this misconstrued thought that Pokemon Blue was a HUGE game—probably because the amount of catchable Pokemon appeared intimidating—aaand I thought I’d never finish, so I gave up. And was probably introduced to something shiny like Earthbound or Harvest Moon.

BUT ALL OF THAT’S GOING TO CHANGE! I AM GOING TO REDEEM MYSELF AND FINALLY CATCH MAH POKEMONZ!!! OOHRAH!!!

Yesterday I started Pokemon Blue on Super Game Boy. And now that I’m older and, uh, wiser, I understand Pokemon Blue really isn’t that big of an undertaking. Now I’m hooked. ABSOLUTLEY hooked.  I think I spent a total of nearly five hours yesterday, and within that time I defeated two gym leaders and caught about 15 Pokemon.

I’m telling you it has been a LONG time since I experienced nostalgia like that. From the opening theme to the battle music, I felt like every five minutes I was snapping photos and squealing over something or another.

I didn’t know this, but you can catch Pikachu in Viridian Forest–although they’re very rare. Since I never caught one in my prior play through I figured I’d give it some effort. And by some effort I mean I would wander around for over an hour. 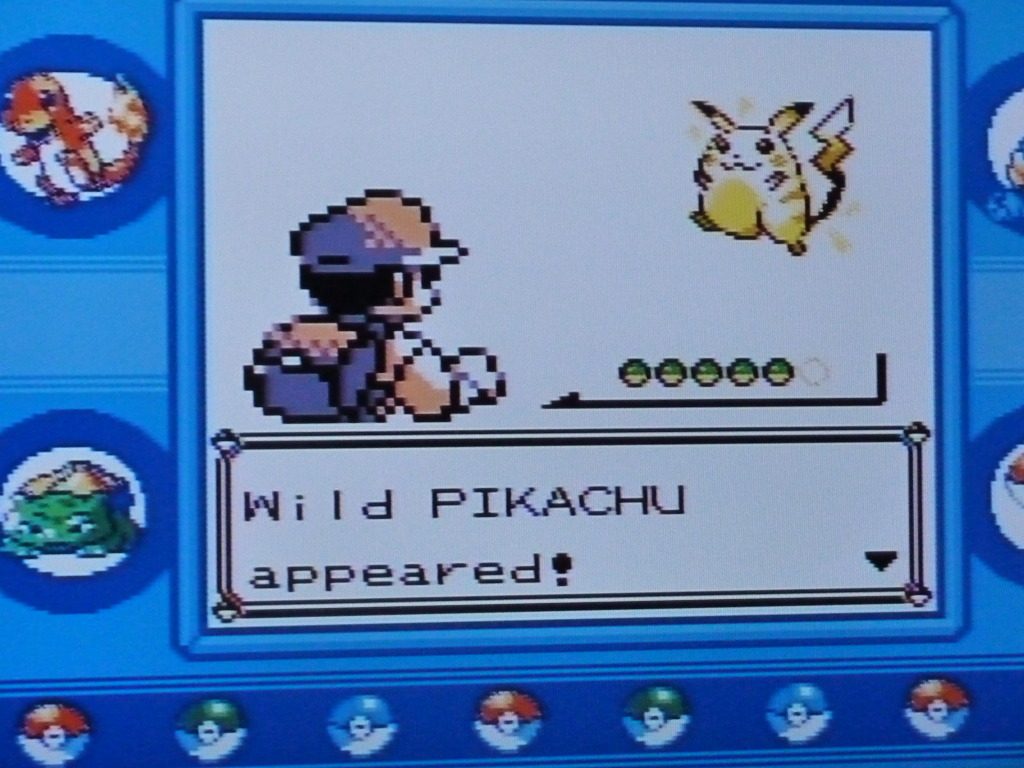 WOOHOO! I caught that bitch! I planned on using him a lot during the game, but I quickly discovered he really ain’t all that and a bag of chips. Buuuut I knew I would need to level him for the battle with Misty–and while I was doing that I came across ANOTHER freakin’ Pikachu! 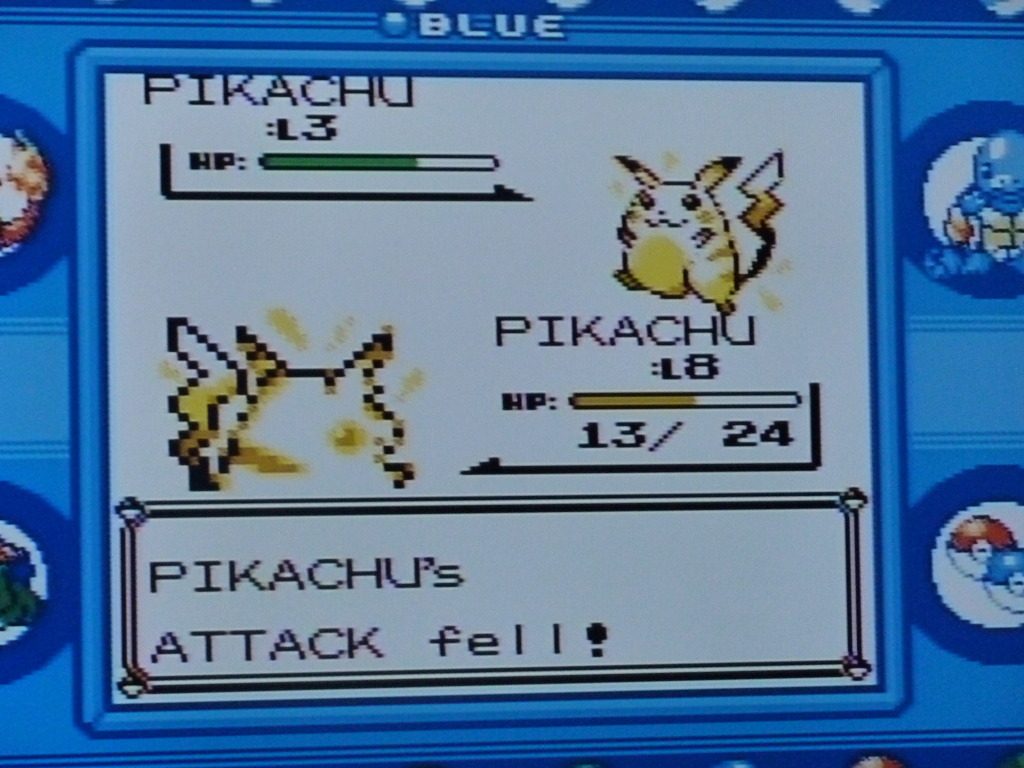 Speaking of…that battle with Misty was a BITCH! I ultimately defeated her, but only after I leveled Pikachu up to 20 and even that wasn’t enough. (I eventually had to put Charmeleon in!)

But yeah. It was a bitch.

At times, I became desperate.

After pwnin’g Misty (after she pwn’d me several times) I was mentally exhausted and had to turn Pokemon off. But I’m already thinking about playing it later today. I’m so friggen’ addicted. The next thing you know I’m going to be spending $400 on a sealed box of Red and Blue trading cards. 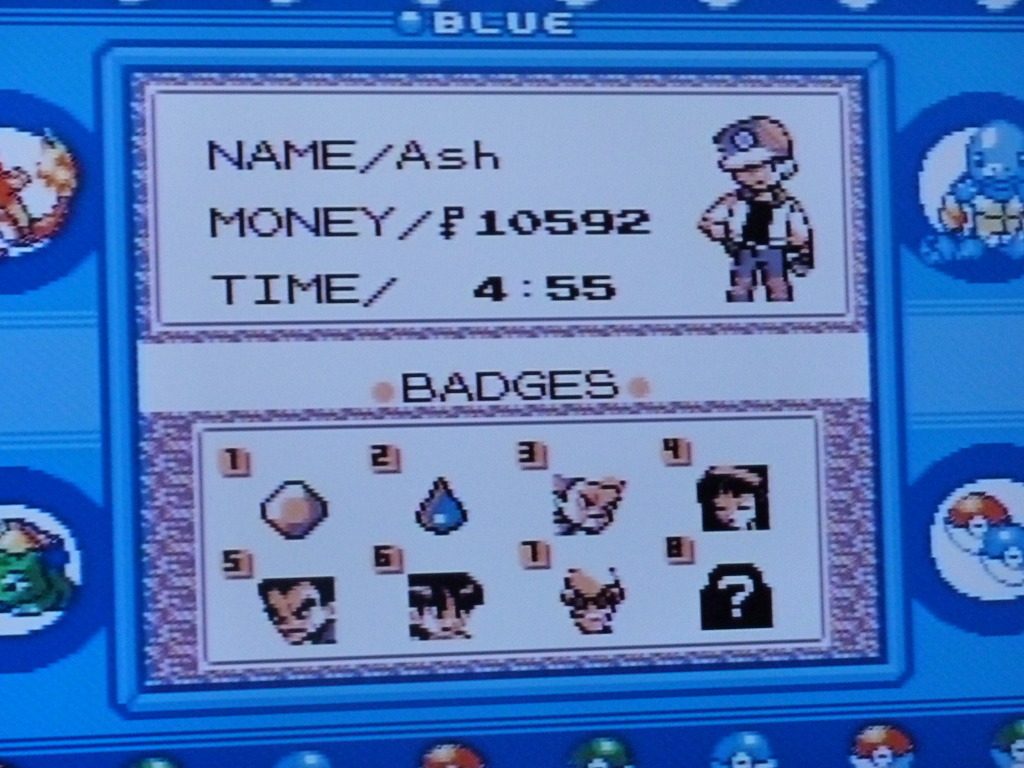 On a final note, I’m really enjoying the simplicity. Playing an old school GameBoy game like Pokemon Blue is like a cleanse for the nerdy soul; everything is so cut and dry and what you see is what you get. There aren’t any future DLC packs to worry about, no patches to download and no updates to install everytime you turn on the system.