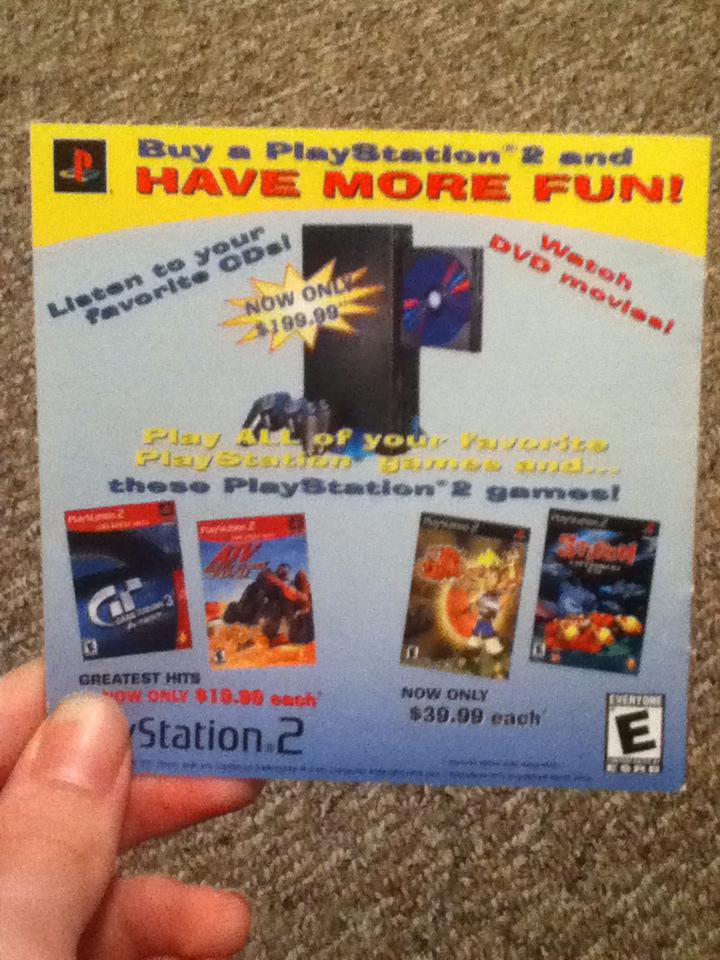 Man, I’ve been on a nostalgia kick lately! Yesterday it was the first Game Boy commercial, and today it’s this old PS2 ad I found on reddit. “LISTEN TO YOUR FAVORITE CDS!” and “WATCH DVD MOVIES!” remind me of how much has changed! And the PS2 launched in, what, 2000? Hard to believe this was 13 years ago.

Growing up I was known for having the “cool shit” in my bedroom — a perk I chalk up to being an only child. I distinctly remember ovehearing my friend Malorie brag to our sixth grade friends after spending a night at my house. “Yeah well BRITT has a cordless phone in her room, she also has a ceiling fan, a TV (back when 27″ tubes were the shit), a boom box, a disco ball AND now a PlayStation 2 which means she can watch those DVDs!”

Oh, yes. Back then it didn’t take much to be King Turd of Shit Mountain.