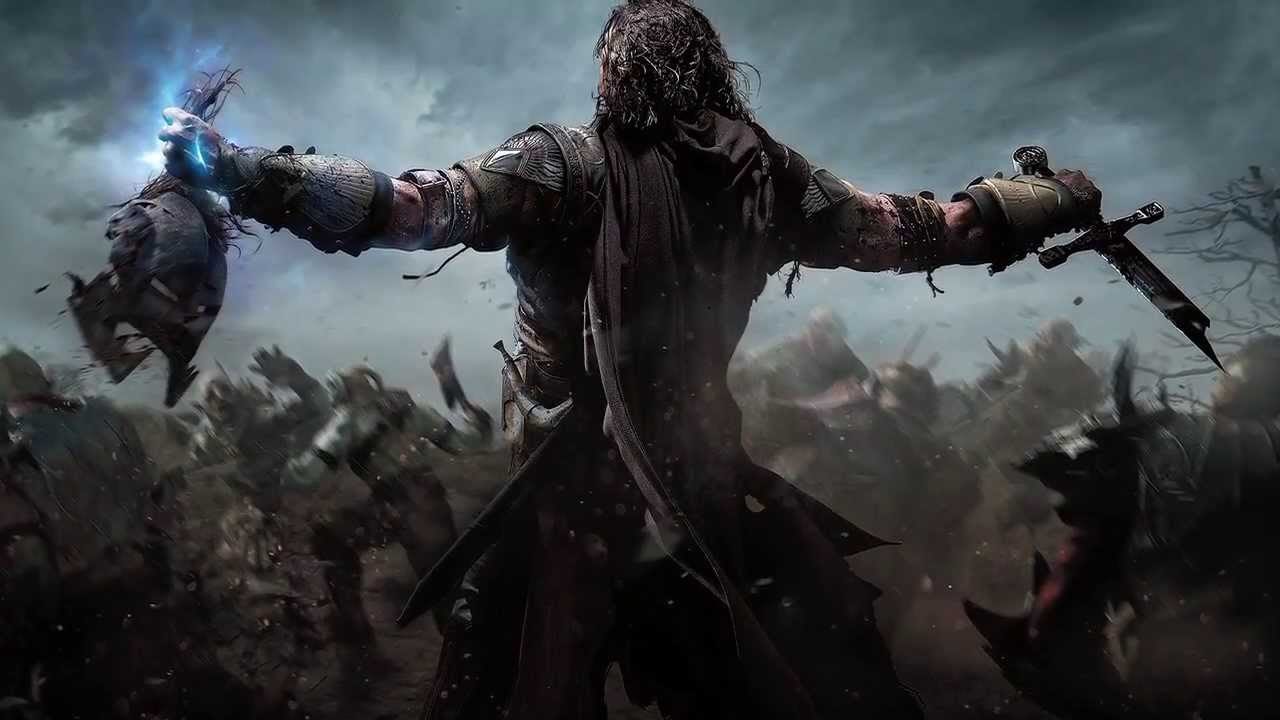 Shadow of Mordor pretty much blindsided me at E3. Seriously. Imagine a wet, slimy fish. Now imagine my face. Now imagine the fish has a label on it that reads “Middle-Earth: Shadow of Mordor” tagged onto it. Now imagine said fish being forcibly slapped against the side of my head. That was basically what happened. I only waited in line for the theater presentation because I was in-between appointments and had nothing else to do. I left that presentation practically salivating for more.

That being said, have you seen one of the E3 gameplay demos? Thanks to the Nemesis System two playthroughs will NEVER be identical, but the PAX demo today took place at the same point in the game as the E3 theater presentation.

The first thing I did was bring up the Nemesis System. From there, I was able to choose which warchief I wanted to wreak havoc upon (spoilers: I chose the easiest one). I then was tasked with deciding how I wanted to wreak said havoc. Should I dominate one of his bodyguards and send him after his boss (the warchief)? Or should I dominate a bodyguard and send him after the other bodyguard? Or, hell, I could dominate both bodyguards and have them do my bidding. OR SHIT I COULD BE BALLSY AS FUCK AND TAKE ON THE WARCHIEF AND ALL OF HIS BODYGUARDS AT ONCE MUAHAHAHAHA.

I, uh, went the easy route and decided to dominate his lowliest bodyguard. I then proceeded to order him to make a feeble attempt at overthrowing the warchief. Talk about a suicide mission.

The E3 demo was limited to 30 or so minutes, but if I had had all of the time in the world I would have gone after both bodyguards. I would have dominated and ordered them to assist yours truly in havoc wreaking against Mr. Warchief. But I was a bit rushed, and in order to get the most out of the demo, I only had enough time to dominate one. So off I went, and thanks to the wonder of fast-travel soon saw my target in the distance. Again, if I had more seconds on the clock I would have been much more calculated in the way I went about this, but I had to be all balls-to-the-walls and be all like, “OHAI BODYGUARD I’M SUPPOSED TO BE STEALTHY BECAUSE THAT’S WHAT YOU’RE WEAK TO (THE NEMESIS SYSTEM TOLD ME SO) BUT I DON’T HAVE TIME TO LEARN THE CONTROLS SO HEEEEEY I’M HERE TO DOMINATE YOU AND TAKE OVER YO’ MIND STAB STAB STAB!!!”

It actually kind of worked. 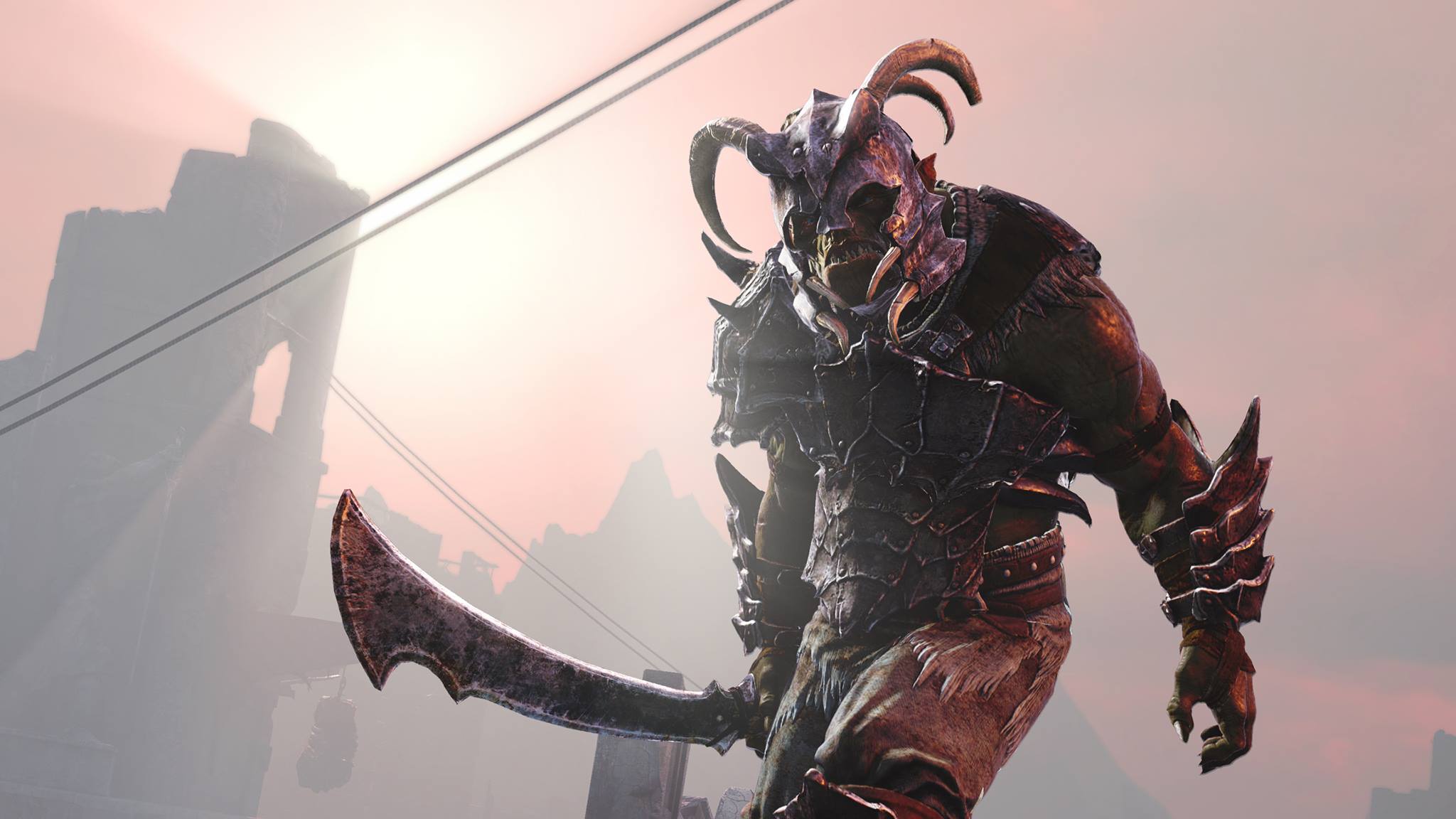 With one bodyguard dominated ’twas time to make an utter ass of myself and attempt to take on the warchief. As I trekked across the land to the point where this altercation was to take place, I saw my dominated bodyguard picking a fight with the warchief. He was all, “PSHAWWW sonfrog I’m taking you ON!”

Don’t I paint such a good picture?

A fight ensued, and as I watched from a safe distance I noticed that he uhhhh quickly perished. THANKS FOR THAT, BODYGUARD. I guess that’s what I get for going after the weaker of the two. Perhaps if I had dominated BOTH bodyguards the fight would have been a bit more, erm, balanced and I could have snacked on some popcorn and enjoyed the show a bit more. But alas, my bodyguard became worm fodder and I had to intervene. He did, however, weaken the warchief a little for me.

The combat in Shadow of Mordor reminds me a lot of Assassin’s Creed. Obviously things aren’t the exact same, but there are definite similarities. (Y’know, a button prompt shows you when to block, you’re constantly surrounded, you can dodge and swing your sword, etc.) I SOMEHOW (don’t ask me how the fuck I managed to do this) was able to dominate the warchief and survive. After I dominated him, I tasked him to stage an “initiation” with another warchief. I’m not quite sure what that means as my demo needed to wrap up, but it sounded awesome.

SO HEY GUYS. Even though I only played 30 minutes of Shadow of Mordor I’m beyond convinced this game is something I need in my life. I don’t know a lot about the story, but the gameplay is addicting enough that at this point I don’t really care. And that’s saying something.