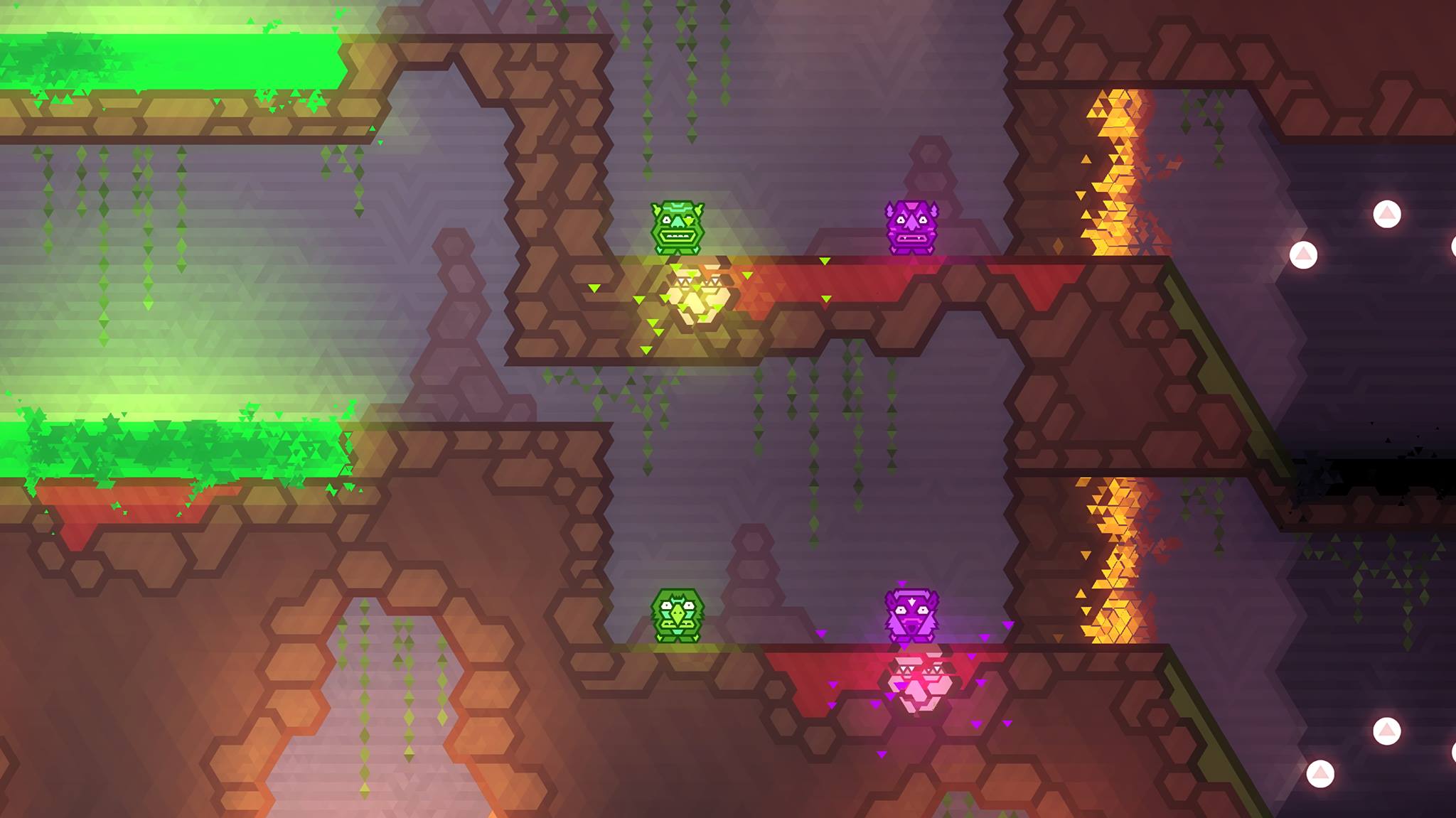 The goal of Press Play’s Project Totem is not to save a princess, or a galaxy. It’s not to destroy an evil power from enslaving the human species. The goal of Project Totem, my friends, is to have enough willpower to prevent yourself from wringing the neck of your co-op partner. Because — and trust me on this — you’ll want to.Project Totem (a working title, by the way) offers a single-player as well as a co-operative experience. Since I’m all about the co-op, I grabbed a fellow attendee — near and dear co-op partner I’ve known for years — to join me. I had heard the rumors about Project Totem and the urge to strangle partners, so I needed to make sure I could verbally abuse this person (and vice versa) and no one would leave perma-butthurt.I’ve never played anything like Project Totem. The only way to truly to understand it is to watch it.

The puzzles are unique (and often mind-bending) and you must must MUST communicate with your partner. And that communication must be perfect. Otherwise you will fail. Hell. Your communication could be perfect and you’ll still fail but DAMMIT IT IS SO MUCH FREAKIN’ FUN. I felt AWFUL because I was dropping ever four-letter word you can think of in front of the developers but thank GOODNESS they simply told me, “Hey, it’s all good. This is a swearing game.”Thankfully the game is rather forgiving. If you fail at a specific puzzle, you’ll start over at the beginning of that puzzle. Some puzzles you’ll nail immediately, others will take four, five, six, ten, fifteen tries. And the amount of sheer joy and accomplishment you’ll feel, though intense and rad, will be short-lived because BOOM you’re immediately faced with another puzzling task. Rinse. Wash. Repeat.I can’t say I’d recommend the co-operative gameplay for people who don’t, uh, have solid and stable backgrounds together because you will get a bit frustrated, not necessarily with them, but with yourself, the lack of communication, lack of timing, etc. BUT AGAIN. It’s FUN. It’s a fun frustration. It’s really hard to explain. Trust me, though. Just trust me. When Project Totem releases later this year you WILL want it.