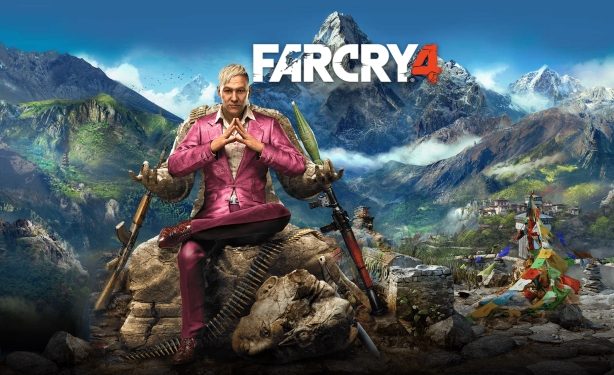 So I totally sucked at the Far Cry 4 demo today.

In fact, I sucked so hard I died three times before (nicely) slamming the controller down and ripping off my headphones. I sucked at aiming, I sucked at taking cover and I sucked at riding an elephant. In fact, my first attempt at elephant riding ended horribly. I mounted said elephant and used its massive trunk to break into a base packed to the brim with baddies. I then charged with said elephant in a pathetic attempt to run over aforementioned baddies. I then was stuck on said elephant as I had no idea how dismount from the giant beast. I finally pressed the correct button to dismount (I think it was square, but I still don’t really know) and proceeded to shoot said elephant in the ass because I thought it would anger it resulting in mass destruction within the enemy base.

Well, the elephant turned on me. And killed me.

All of this happened within 10 seconds.

That being said, Far Cry 4 is beautiful. The elephants are awesome. Seriously. Buy this game for the fucking elephants. And for the prettiness of it all. 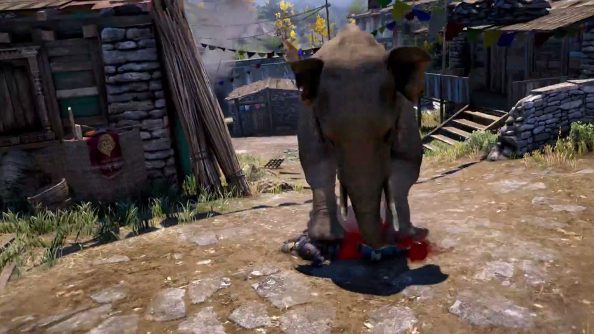 Okay, for serious. Shooters are not my forte, so I tend to, you know, suck at them, which is exactly what happened today. That being said I had a freakin’ BLAST with Far Cry 4. Sure, I didn’t last longer than five minutes each attempt, but HEY. The game is absolutely stunning, and there is something ridiculously satisfying about watching a huge-ass elephant go abso-fucking-lutely batshit bonkers crazy within an enemy base. Turns out as long as your enemies shoot the elephant it won’t turn on you HAHAHAHAfunnyhowthatworks.

I’m not lying when I say that I’m totally sold on Far Cry 4 solely based off of the experience I had today. Elephants, dude. Elephants.