There really isn’t a TON to say about Borderlands: The Pre-Sequel. Never mind the fact I only had 15 minutes of hands-on time, there’s not much to say because, well, it’s Borderlands. In a nutshell, imagine it’s 98% Borderlands and 2% Halo.

The only curiosity I had going into the demo was in regards to the infamous oxygen meter. In case youhaven’t heard, Borderlands: The Pre-Sequel takes place in outside space. So, to add a spec of, uh, reality and challenge each character has an oxygen meter that slowly depletes over time, and you must find oxygen canisters and whatnot in order to keep yo’ fine ass character alive. 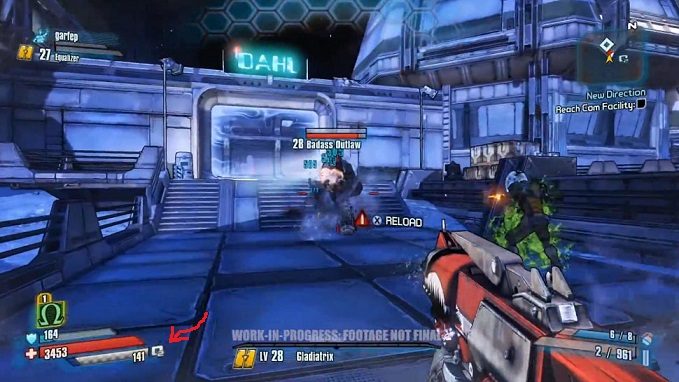 Now if you’re anything like me the mere thought of having a depleting oxygen meter constantly, well, depleting, brings a looming shadow of anxiety. I absolutely despise being timed in video games. Gaming allows me to lose myself and forget about the day-to-day grind of reality. Having a constant ticking time bomb of death (AKA an oxygen meter), on the other hand, constantly reminds me that I’m being challenged and required to, like, adhere to silly video game requirements.I’m pleased to say, though, without really trying my oxygen meter never dipped below half. I think the oxygen canisters consistently dropped with every kill therefore it never became a real issue, you know? So, if you have the same concerns I once had rest easy. Kind of. As long as you’re an active mofo, constantly killing shit, I don’t think you’ll run into much of a problem. I mean, I was only to play for 15 minutes, but yeah, I didn’t have too much of an issue during that time.

All that said, I stiiiiiill wouldn’t mind if that feature was taken away or made optional. ;)