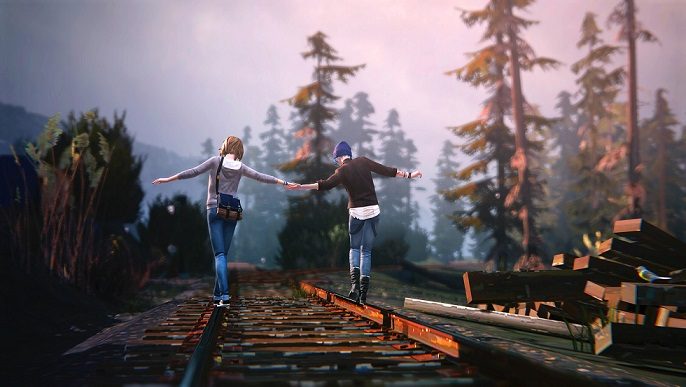 I loved the first episode of Life is Strange. Like, it made me feel as though I, a 26-year-old that has learned leaps and bounds about life since graduating from high school, can bestow my knowledge upon a teenager and give her the most fulfilling teenage life possible. I can help her stay true to herself, help her stick up for herself and help her pursue her dreams. Basically I’m playing God and it makes me feel good.

The demo we were shown of Life is Strange Episode 2 took place around the middle of the episode, and while it was relatively spoiler free, I’ll do my best to diminish the spoilers even further. 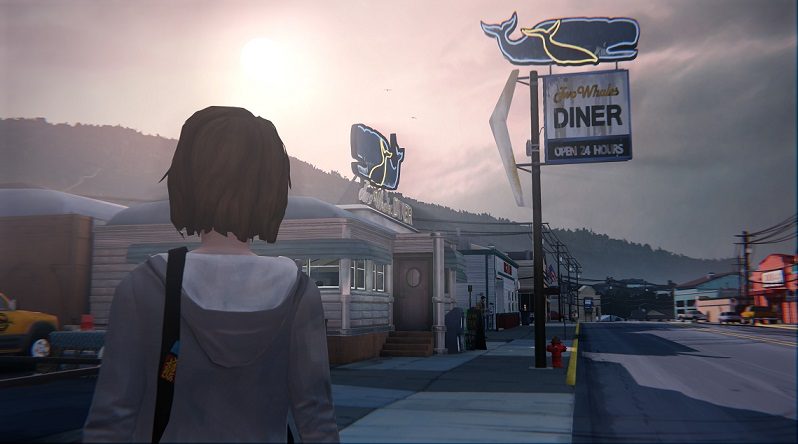 The rewind mechanic is the staple of the game, and during our demo we saw some different ways this feature is going to be utilized. At one point we were trying to prove to a friend that we have these awesome, rad powers. We do this by having said friend remove several items from her pockets. We, the players, study the contents, which consisted of cigarettes, a parking ticket, money and a keychain. (IF YOU CAN’T TELL BY NOW I TOTALLY PAID ATTENTION.) When you feel as though you’ve studied them enough, you’ll rewind time, the items will go back into our friend’s pockets, and you will be asked several questions. I’m paraphrasing here, but something along these lines: “So you know I have cigarettes in my pockets. Big deal. How many?” “What time was my parking ticket issued?” “What’s on my key chain?” 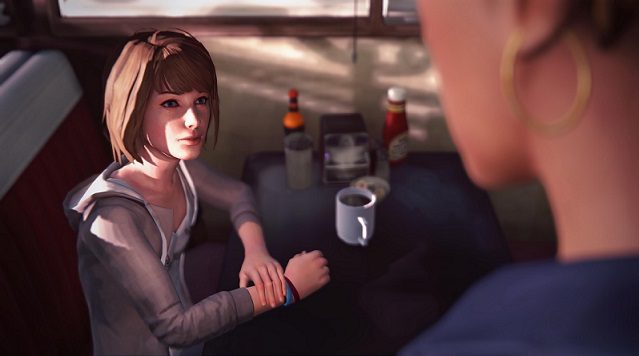 As if telling this person what contents were in her pockets wasn’t enough, we then had to prove ourselves by “predicting” the future. (Talk about being hard to impress. I mean, if a friend could go into detail about the items in my pockets I’d shit bricks.) To do this, we studied the diner for 25 or seconds. Within that time someone dropped a mug, customers got into a fight, a police officer became pissed off about something and the jukebox went haywire. After the events unfolded, we rewound time and had to “predict” what event was about to take place, in what order AND go into specific detail. Why was the cop upset? How did the fight between the customers play out? Why did the jukebox go crazy?

The first episode of Life is Strange was a setup of choices. Now, beginning with episode two, we’ll begin seeing the consequences of our actions. I can’t wait.