Man, this ain’t a good day for me to try and digest rather big news. I’ve been stricken by the PAX Plague since last Thursday and my brain ain’t feeling right. But let’s go through this together and see what we can come up with.

First of all, Nintendo is partnering up (aka forming a Capital Alliance) with mobile publisher DeNA to “build a new multi-device membership service for consumers worldwide” and “develop and operate new game apps based on Nintendo’s IP, including its iconic game characters, for smart devices.” It’s worth noting that the press release specifically says only “new original games” will be “optimized” for smart devices, so I wouldn’t expect ports of any kind. In regards to the membership service, the program is targeted to launch this fall. 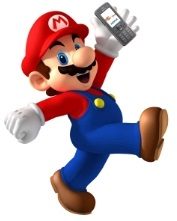 I don’t care much about the membership service (for now, anyway) so let’s talk about that “smart devices” announcement. I say it’s about fuggin’ time, really. Why Nintendo has yet to leap into the $30 billion dollar smartphone/tablet market is beyond me. I know they were once scared the 3DS would suffer from losses or something or another, but I call phooey, especially now that they’ve made the move. At the end of the day, I love Nintendo, have strong roots in Nintendo and will ALWAYS be invested in Nintendo, so the more freakin’ Nintendo I can have in my life the better.

Of course, with any company making the leap to smart devices, one can’t help but be curious about the actual execution. Will these games be riddled with (unnecessary) micro-transactions? Will the games be “worthy” enough to associate themselves with an established IP, like The Legend of Zelda? Or will they appear to be nothing more than a quick, hollow cash gab? (I mean, there are people out there *LIKE ME* who will buy ANYTHING with “Zelda” plastered on it. DON’T TAKE ADVANTAGE OF ME, NINTENDO.) These are all obviously things that could go wrong, but I’m hopeful and confident Nintendo is smart enough to know what they’re doing. It may start out as a thing of trail and error, or hell, they may nail it on the first go, but either way I definitely think this is the right move for them.

Nintendo President Satoru Iwata made an announcement that Nintendo is working on a new “dedicated game system.”

“Nintendo, together with DeNA, will jointly develop a new membership service, which encompasses the existing Nintendo 3DS, Wii U, the new hardware with a brand new concept NX, smart devices and PC. As proof that Nintendo maintains strong enthusiasm for the dedicated game system business, let me confirm that Nintendo is currently developing a dedicated game platform with a brand-new concept under the development codename ‘NX.’ It is too early to elaborate on the details of this project, but we hope to share more information with you next year.”

First, let me just say I can’t help but feel a little giddy hearing confirmation of a new Nintendo hardware system. I mean, of course we knew it was already happening behind closed doors, but to start hearing news of it is already is exciting. Anyway, we don’t know much more than that. Despite Iwata saying “next year”, hopefully we’ll hear something at E3 2016 this June.

So, we have a “dedicated game platform” with “a brand-new concept.” What throws me a bit is the “brand-new concept” part. Like, the only brand-new concept I want in my Nintendo console is something that can compete with the guts of an Xbox One and a PS4. Hell, not only compete, but BLOW away. I mean, knock those systems out of the park and make ’em feel like they’re last-gen. Let’s steal some fanboys/fangirls. Make them crawl towards us and beg for forgiveness. MUAHAHAHAHA.

But seriously, I only hope this doesn’t mean, like, a dedicated VR console. You know WOULD be cool? A console that allowed you to play your handheld titles on the big screen. Holy crap I would buy at least 12 of those. Seriously. Of course that could cut into 3DS sales, but the amount of software that would be sold…umffff. (Basically I just want to play Pokemon on my projector.)

Lots of stuff to process today. What do you think about err’thang?