I couldn’t control my anxious fidgeting as I waited for the Nintendo’s E3 2011 Press Conference to begin. Like so many others, Nintendo has been a staple in my life, and never in a million years could I have imagined that I’d be witnessing, first hand, the unveiling of a Nintendo console. As I sat on the edge of my seat, flashbacks of my five-year-old self fumbling with a SNES controller were erratically surging through my head, and 18 years later, there I was. It’s hard to explain—but let me tell you, it was a surreal feeling.

And then the conference began with a beautiful tribute to Zelda, commemorating the 25th anniversary of the franchise. Guys, I got goose bumps. Maybe it was the combination of raw emotions, the live orchestra, the retro images of Zelda titles I grew up with …hell I admit, my eyes even swelled a bit. Either way, I was a bundle of emotions. I’m such a nerd. 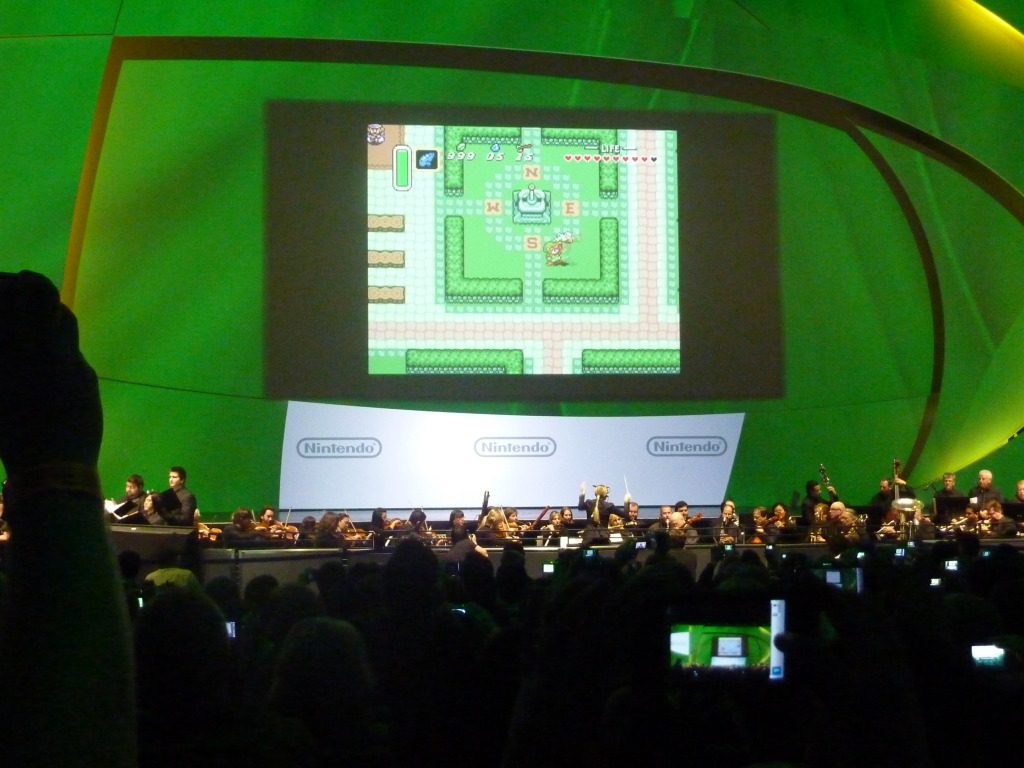 I’m not going to recap the entire conference and every unveiling, but I’ll touch on the more important announcements. 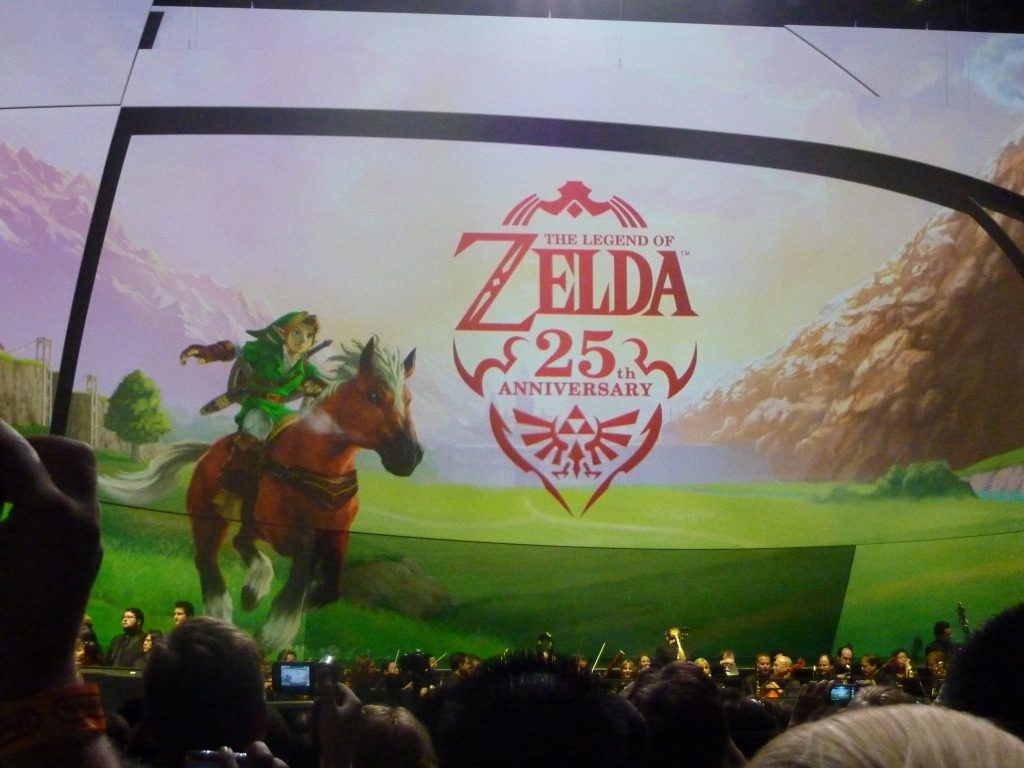 I was disappointed there wasn’t an announcement of a 25th anniversary 3DS bundle. In fact, there wasn’t much of anything announced for it. Yes, a few Zelda games will be making their way to the DS handhelds, and yes a symphony dedicated to the Zelda franchise will be coming to nearby cities and playing shows around the world, but honestly? I’d rather walk away knowing a Zelda branded 3DS, DS, game, bundle, etc would be hitting shelves. Miyamoto said there will be more to announce in the upcoming days, so I’ll bite my lip for now and hope some sort of awesomeness will be revealed. 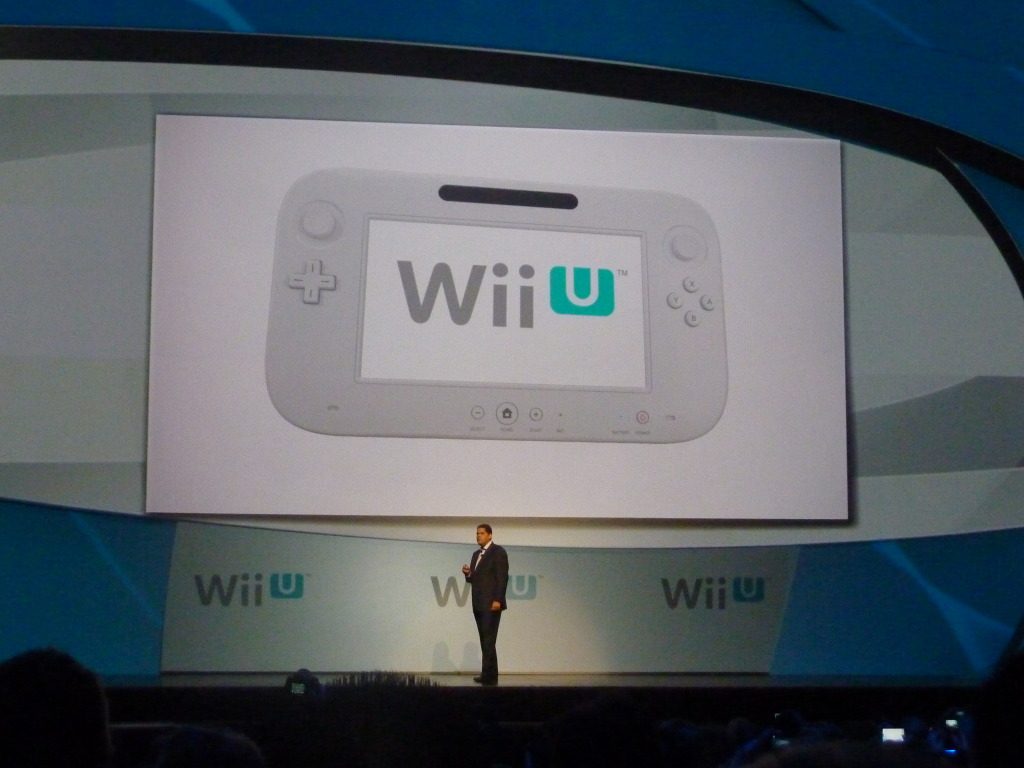 I’ll start with the name. I see where Nintendo is going with this, and I’m not at all surprised the label “Wii” was brought back. It’s smart. Casual gamers will hear of the Wii U and blammo: “Oh, it’s an upgraded version of the Wii? OHHOWCOOLIMUSTBUY.” Personally? I think it’s stupid. Wii U? It almost sounds like a martial arts move or something. JUST SAYING.

Now, the concept of the controller is neat, I’ll give it that. Being able to play games on the touch screen is fun, and I like the idea of having certain interface elements displayed on the 6” screen. During the press conference we saw a woman holding a Wiimote as a golf club and a WiiU controller beneath her on the ground displaying the golf ball. And let’s say you’re playing Madden locally against a friend. Discreetly calling plays has never been so easy. Freakin’ cool.

On the flipside, if I’m playing an RPG of sorts, does this mean I’ll have to look away from my television screen and onto my controller every time I need access an item/equipment sub screen? I can’t help but wonder if that would become annoying, especially if the selection occurs during real time. What do you think?

I left the press conference feeling a little underwhelmed, probably due to my own expectations; I assumed we would be witnessing a full console unveil, not just that of a name and controller. But now that I’ve had a few hours to digest everything, I’m not surprised we were cock-teased. After all, the controller is going to be the Wii U’s greatest asset. And because this concept IS new, it only makes sense Nintendo would spend a bulk of time pimping it and its abilities. I have a feeling the console itself isn’t anything to write home about, after all, they never really are, are they? It’s the features of a console (as a whole) that makes it stand out amongst the others.

So, what do I think? Truthfully, I don’t know. We weren’t shown any footage (in case you haven’t heard, all of the “hardcore” trailers shown were nabbed from other platforms) and there isn’t much to go off on. Like I said before, cool concept, but until I see more I’m tentative. Of course, tentative means I’ll purchase Wii U day one, regardless of what I think.

Yes, that is how I roll.

Now please, give me Zelda; Skyward Sword. Right now would be nice. I don’t want to wait for the holidays.

Yeah, this guy came onstage. I didn’t snap a photo of it, and maybe, just MAYBE I’m reading too much into this, but his backdrop eventually changed to EA’s top franchises. Okay. One of them was….

So, yeah. Is the day coming where I could play Dragon Age on a Nintendo console?!?!?!  Probably, but even so, all it means I’ll have to buy a copy for Nintendo’s platform. A copy I won’t play. Because my loyalty to the Dragon Age franchise is with the PC.

But, still. Eeee. You know how I am with Dragon Age.