Holy balls on an oak tree, New Year’s Eve seems like it was nothing but a blur.

Come to think of it, the “blur” effect may have stemmed from the $9 Rum ‘n Cokes. Either that or from the Captain Morgan straight out of the ol’ Zelda flask my friends and I prefunked with…

I don’t think I ever told you guys what exactly I was doing for this festive holiday, so I’ll save my fingers (and your eyeballs) some excericse and post a flier of where my drunk ass was on Saturday night:

This was the first time I had ever gone to a New Year’s Eve party of this magnitude. I mean, in the past I’ve gone to house parties, small gatherings, etc., but to a sold out, 3,000 person+ shindig at the EMP (Experience Music Project) in the heart of Seattle? Nope. This was uncharted territory.

Having just gone to Vegas a few months ago I wasn’t fazed by the staggering amount of people stumbling around/making out/getting sick and it turns out I had been to the EMP a few years back for the Halo: ODST launch party.

Now, I know the question of the evening is, “How the fuck did your feet do?”

Well my friends, despite hours of dancing, walking, stair-climbing and other tomfoolery, I am pleased to report that I did not fall ONCE, nor did I break anything or have to change into my flats—and if you really want to know, I didn’t get a single blister.

That being said, I am now the proud owner of two bruises on my feet.

This is the first time I have ever received bruises from shoes. But hey—what’s that saying? You can’t look good and be comfortable?

…Well I call bullshit. I feel just as sexy in a pair of Chucks.

Anyway, partying at the EMP had perks, like free admission to the Avatar and horror exhibits. Yep. Those were the perks. No free drinks included with your $60 ticket, no siree, you had better been prepared to cough up $$$ for your alchie. But I’m not complaining. I had an absolute blastoise on New Year’s Eve and wouldn’t change a thing.

I used to be REALLY good about taking pictures and documenting my life via the medium of film, but I’ve been a slacker during these past few months. I tried to redeem myself by having a security guard chick (who was guarding the bathrooms…) take a photo of two of my brosephs and I… 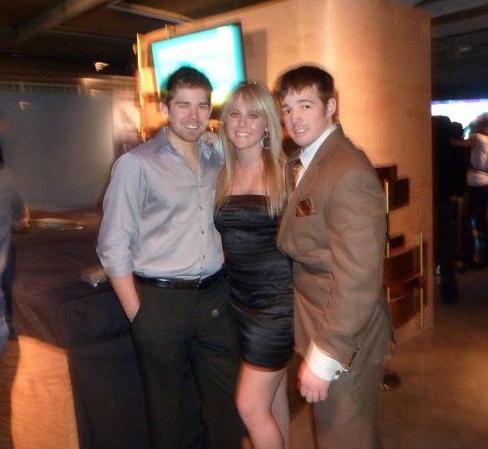 …and since she kind of failed, so I politely asked her to try again. She did. 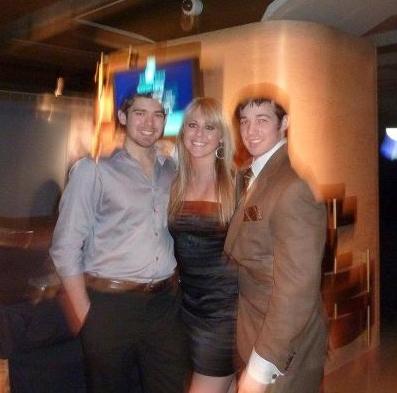 …and she failed again. Sigh.

As I said above, attendees were free to explore the Avatar and horror exhibit. Well, when you’re rolling with a good buzz these things suddenly become a lot more fascinating. 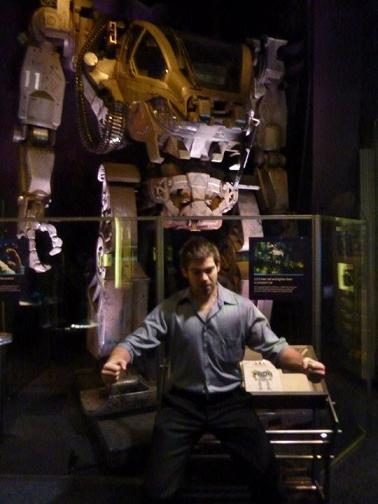 There’s nothing quite like teabagging the air in front of one of those… robot-y things from the film. Hell, I can’t remember what they’re called. But let’s give the kid props on good posture, amirite? 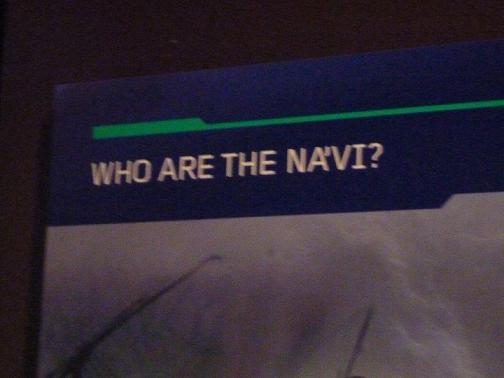 Now, I know the Na’vi are sapient humanoids who are indigenous inhabitants of the fictional moon Pandora (and yes, I totally copied and pasted that from Wikipedia) but in my mind there is only one Navi, and that is the little ball of dust particles that follows Link around. Upon seeing this sign I broke out into Navi’s rap segment from “I’m Questing”. It was a little slurred, but it was glorious.

The horror exhibit was pretty cool. C’mon, they had a zombie poster inside. Insta-win. <3. 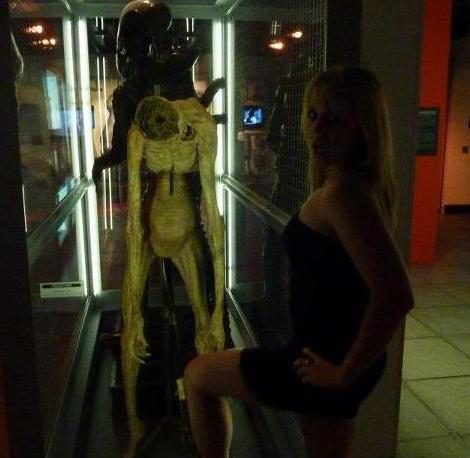 Also inside the horror exhibit was this bad boy. I’ll probably lose nerd cred for saying this, but I’m not entirely sure which film this sexy beast hails from. Aliens? Whatever, all I know is I saw this thing and immediately associated it as a ReDead. You know what a ReDead is, right?

Yeah, they’re those things that straddle (read: hump) Link and suck his life away. So, I thought I’d get my revenge by sorta-kinda humping one for myself. But don’t worry, I told this ReDead that if it broke out of the enclosure I would sing the Sun’s Song and freeze his undead ass. 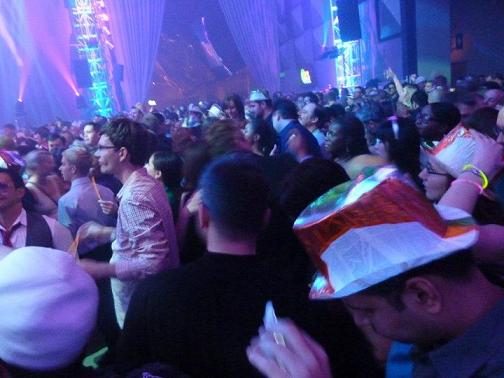 And here is…a crowd. I think this was taken a few minutes before midnight. This was only one of the four dance floors/stages, so as you can imagine it was preeeetty packed!