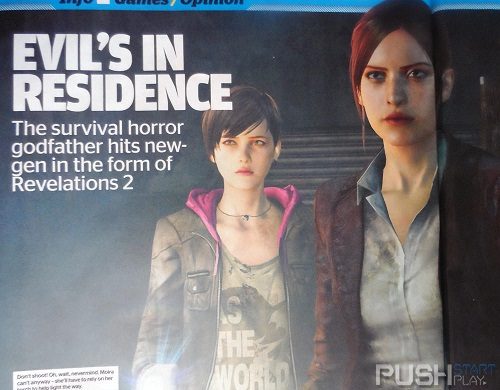 (I couldn’t pass on an opportunity to have three sets of “Re” in the title because I’m easily amused and it’s all about the little things in life.)

Some new information about one of my (newest) most anticipated games, Resident Evil Revelations 2, has oozed its way out of the, uh, underground facility and is now festering on the interwebs. And after ingesting all of it’s informational glory I. Am. Fucking. Stoked.

For starters, Claire Redfield will be returning as the main playable character. (YES YES YES YES! I LOVE Claire. Her and Steve, man, they had a future together.) Alongside Claire (who is now regarded as a “seasoned veteran”, bee-tee-dubs) will be Miss Moira Burton, the spawn-child of that dork Barry Burton. While Claire will focusing on combat and, y’know, other seasoned veteran shit, it sounds like Moira will have more of a supporting role. She’ll have a flashlight (seriously) and will help with healing duties and other “general support” tasks. Only Clarie’s death will trigger a “Game Over”.

With that said, Resident Evil Revelations 2 will feature co-op, but you can play by yourself if you choose. 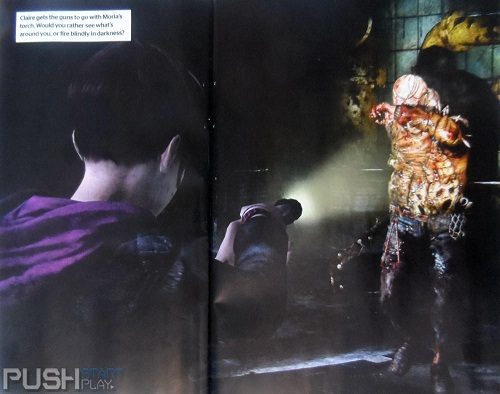 The story takes place between the events of Resident Evil 5 and Resident Evil 6. And, THANK GOD, it’s going to be “much more survival horror oriented.” Aforementioned story will take place on an abandoned island detention facility. (Claire must really like those.) Finally, a new type of creature that lives to rip your face off — “Afflicted” — will be introduced. These things may look like zombies, but apparently they’re much, much more. Eek.