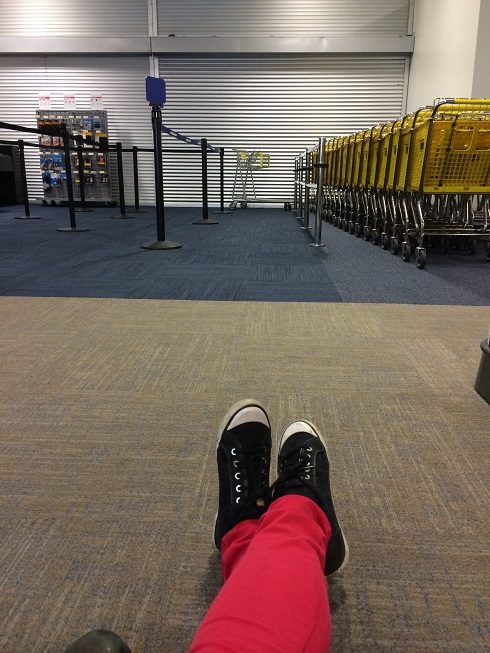 I know I’ve said this before, but I LOOOOVE console launches. I just find them super-duper exciting and kind of like extended foreplay. Is that weird? I’m pretty sure that’s weird. Anyway, I sadly forfeited extended-console-waiting-in-line foreplay this year for console guarantee-ness and pre-ordered both consoles on Amazon. A great tragedy, it was — eliminating the fun of standing in a like with fellow nerd brethren. Sigh.

Thankfully I knew some people who had pre-ordered the PS4 through Best Buy and opted for in-store pickup, which meant I could tag along enjoy the festivities after all! But, uh, as you can see above there weren’t much festivities to be had. (I’d say that photo was taken around 11:20 PM?) Best Buy implemented a super duper efficient way of console pickup-ings and therefore most of the social action was, like, not be found. This is how it worked: You waited in line outside of the store until 10:00 PM. (I think the earliest someone got there was 8:30 AM, but the lines weren’t that long at all. The pre-order line for people who were guaranteed a console was like ten deep.) At 10:00 PM Best Buy allowed several people to trickle in and select their games, accessories, etc. You were given a SPECIAL GOLDEN TICKET WEEEE and ushered to the counter where you would pay for your loot. You could then leave and return at midnight to retrieve your spoils or hang out in the store and stay warm.

OR YOU COULD GO TO TARGET A FLOOR ABOVE AND BUY A FIFTH OF WHISKEY LIKE I DID. 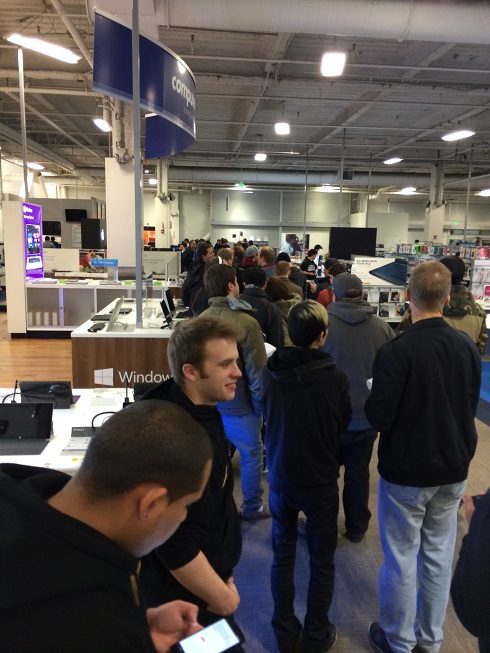 Things became a bit more crowded at midnight (obviously) and the line you see above consists of people who were like, “Yo man, I already paid for my PS4 now just give it to me.” And after ten or so minutes a PS4 was in my…er, my friend’s possession. But I gladly hauled it out. 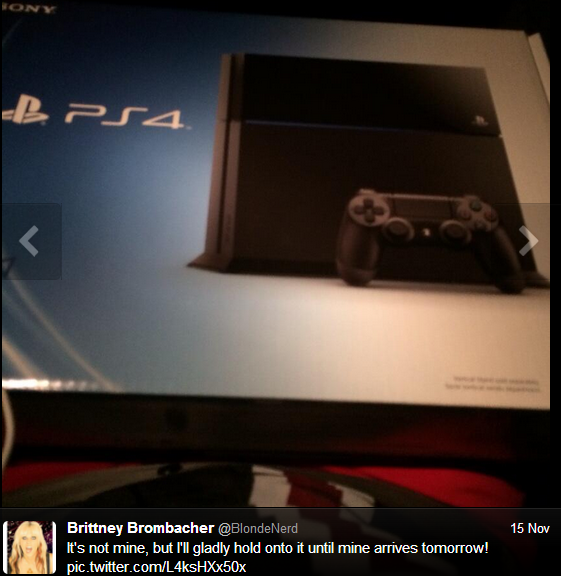 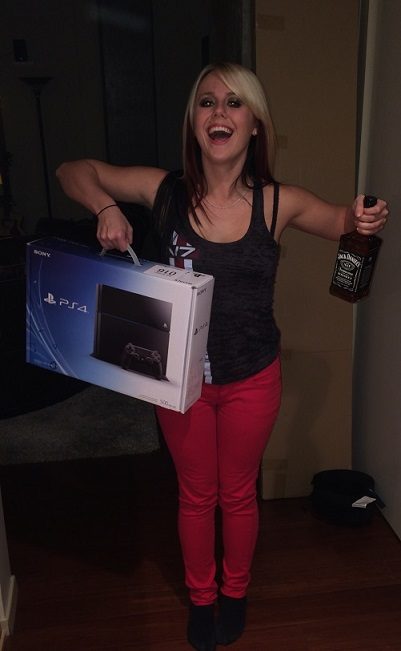 Awesome shenanigans were had that night, but at the end of the day the PS4 wasn’t mine and its contents had to be given up. But hey, it wasn’t a HUGE deal as my PS4 had already shipped and was on its way. In fact, before I went to bed I checked the status and it was in Redmond! According to MapQuest, that was only 23 minutes away and OMG I WAS GOING TO BE GETTING MY PS4 TOMORROW MORNING.

When I woke up I was foggy-headed and goopy-eyed (SEXY RAH?) but the first thing I did was check to see if my PS4 in all of its sexy, blue boxed glory had inched closer to its final destination — which was the newly cleaned and cleared spot on my TV stand —  how-fucking-ever I noticed the blue box of sex had been MOVED TO AN ENTIRELY DIFFERENT CITY AN HOUR AWAY. OH. OOOOOH. IN ALL OF MY SMART GLORY I HAD MY PS4 SHIPPED TO MY PARENTS’ HOUSE BECAUSE I AM AN INTELLIGENT HUMAN BEING.

Yeah. I could have kicked myself pretty hard right then and there, but y’know, an two-hour round trip to receive a thing I’d been waiting for for, man, a billion and a half years was totally justified. Except it was nearing rush hour traffic. Except it was raining. Except the two-hour round trip would essentially be a four-hour round trip due to said rain and traffic. But one does what one must, and as I was getting ready to leave my friend from the night before was all, “OHEY! I’m really busy today and won’t be able to play with the PS4. You want to just keep mine and next time you head to your parents’ you can pick yours up and give it to me?”

After profusely thanking and offering my firstborn to him I jumped on that opportunity like…uh, like my Grey Warden jumped on Alistair.

AHHHHHHHHHHHHHHH. I purposely have NOTHING planned today. Literally NOTHING. Do you know good that feels after traveling to Orlando, Vegas and Anchorage all in one month?! So with that I’m going to sign off and melt into the couch with a controller. It’s going to be a day of food delivery and…and water. (I may or may not have gone out last night and may or may not be feeling the effects.)