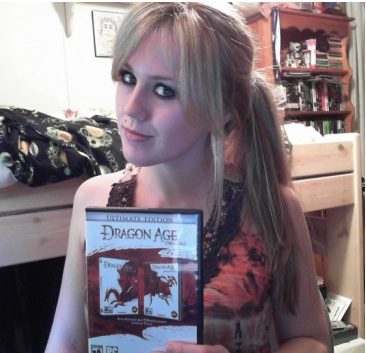 You just totally rolled your eyes, didn’t you? Don’t lie, I know you did.

Yesterday I tore Seattle inside-out trying my damndest to locate a copy of Dragon Age: Origins Ultimate Edition for the PC. I scrambled to two different Best Buys (AND, as an FYI, Best Buy doesn’t even carry DA:O! Only the DLC, The Awakening. Rubbish, I say!) and I tried my luck at three different GameStops/EB Games. In an act of foolish desperation, I even tried Target. :/

NO ONE CARRIED IT.

I figured I would have to resort to ordering the freakin’ game online, which I really didn’t want to do. Not because I don’t like the process of ordering online or anything like that, but because I wanted to play the game that day. I was in one of my “requires instant gratification” moods and waiting 3-5 days for shipping wasn’t going to cut it.

Then it hit me. What about Fred Meyer? Fred Meyer might have it…right?

I have faith in good ol’ Freddys. Several years back, when GameStop and Best Buy had failed me by not carrying Shadow of the Colossus, Fred Meyer had it. In 2006 when the line for the Nintendo Wii wrapped around entire Best Buy buildings, Fred Meyer’s line was miniscule. Fred Meyer was the home of my PS3 before I brought it to my warm and loving home. When I was six, I used to kiss the TV screen whenever a Fred Meyer commercial would play because I loved their stuffed animal machine.

Anyway, yeah, Freddy and I are like THIS ::crosses fingers::

I marched my way to Fred Meyer’s video game department and scanned the PC games—but all l I saw was one copy of the normal version of the game, and another copy of something behind it. I then thought, okay, what’s the chance that the game lurking behind this normal version is an Ultimate Edition? After all, I had won a buck earlier from a scratch ticket, so I figured I’d test my undeniable luck.

And sure as shit…there it was. 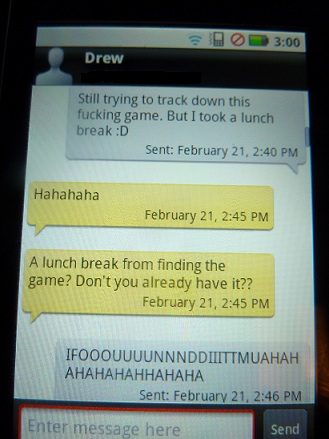 So, yes. I now own four copies of Dragon Age: Origins. Sue me.