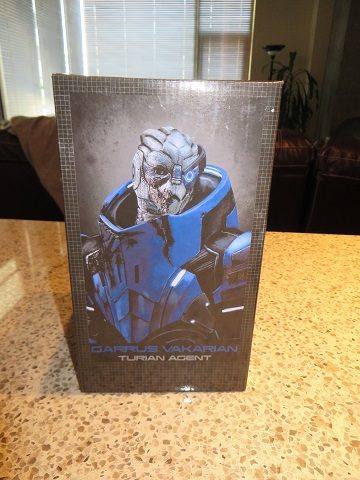 It was back in March when I ordered my stand-in boyfriend. It has been a rough, lonely four months but I’m pleased to announce he has finally come to me. We’re doing just fine, thank you for asking. Despite our rocky relationship past, I expect to squirt out a halfbreed in about nine months.

But for, uh, serious, I’m extremely happy with the Garrus bust. For one, the attention to detail is pristine. Two, you gotta love the “I’m in the middle of some calibrations” text across the bottom. And three, Garrus is defenseless against my touch. JUST HOW I LIKE ‘EM BABY. (And I didn’t think this post could get any weirder.)

I still haven’t transferred my Mass Effect shrine to my new place, but in the meantime Garrus will sit like a good little boy next to my monitors. Isn’t that right, Garrus? Aren’t you thrilled I bought you? Mmmmm. (…Aaaand this post just became even weirder. How do I do it?) 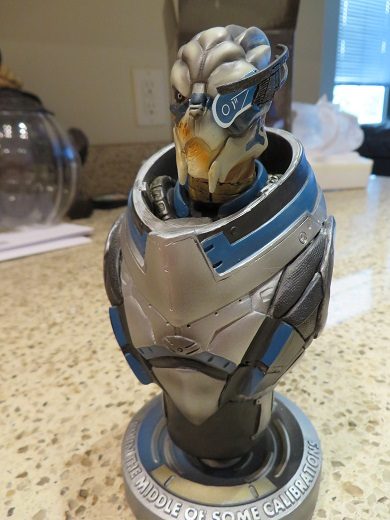 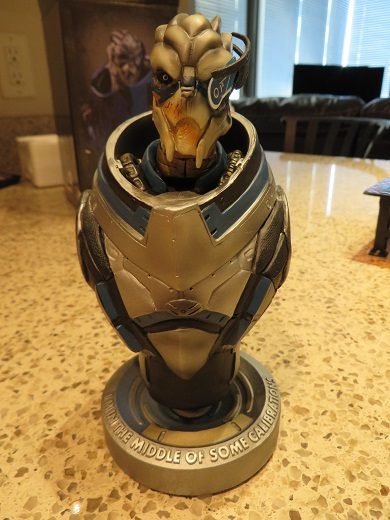 If you want a Garrus all to yourself (‘cuz you sure as hell ain’t getting mine), they’re still available at the BioWare store!