Parents keep strange things, don’t they? I mean, I’m pretty sure my mom owns projects of mine I made in freakin’ PRESCHOOOL. But sometimes these weird tendencies pay off. Take last week, for example — I was visiting the ‘rents so we could watch Thursday night football (DAMN YOU SEACHICKENS) and during halftime I wandered into the spare bedroom. There, on the bookshelf, was my 7th grade yearbook.

Just for shits, I decided to take a trip down memory lane.

What I have learned, ladies and gentlemen, is that I have not changed one bit. Read: I am still a huge fucking dork. 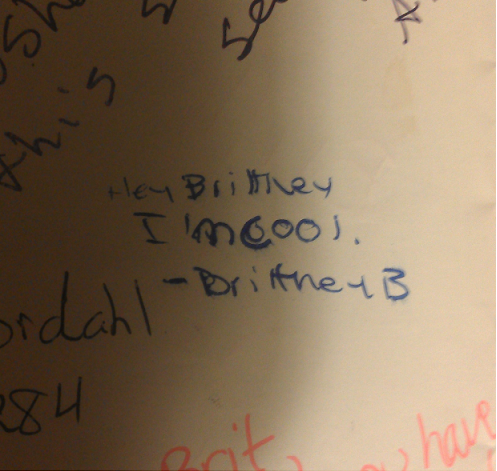 Not only was my handwriting notorious, but back then I thought I was somewhat-cool so I had to leave my own signature. Like, WTF Britt. Who does that? Also, it looks like I tried to spell “cool” with three o’s. It’s a wonder I graduated from middle school. 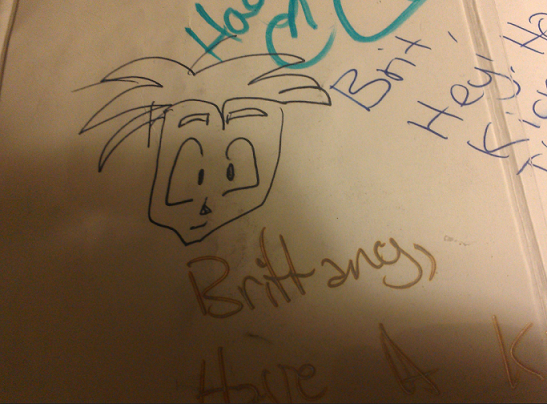 Now, what you are looking at is yet again another self-made entry into my own yearbook. I will be the first to admit when I was being created in my mom’s womb zero skill points went into my artistic category, but that didn’t stop me from attempting to draw…Goku. Yes, that is my version of Goku from DBZ. Also, girl who wrote in gold — YOU SPELLED MY NAME WRONG! I’m going to find out who you were and come and haunt you and such (11 years later)!!!!!

I’m reallllly excited to show you guys this next picture. 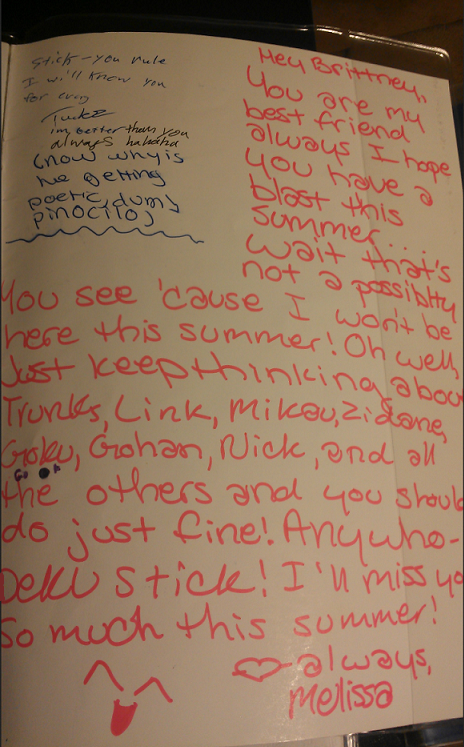 And yes, she called me a Deku Stick.  Now you can see how we got along so well ;D

Well, there you have it folks. I’ve always been a self-centered poor artistic soul who fantasizes about fake people.