And by “you guys” I mostly mean Jason and Beez – those dudes have been DYING to record a Mass Effect 3 spoilercast on the n00bketeers, and we all know you can’t, you know, complete a game without having its respective console.  Anyway, after a month or so of it, like, sitting on my carpet I am happy to say I have the Xbox 360 up and running.

However, the road to giving life to this new, refurbished Xbox 360 wasn’t a smooth one. 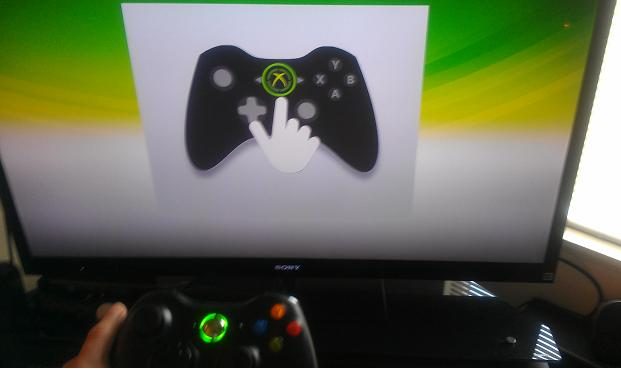 This was the first thing that greeted me upon turning the power on. Okay – I get it, descriptive, instructional picture. You want me to press the center button. So I pressed it. In fact, I probably pressed it at least 12 times and turned the console off once or twice, but NOTHING was happening. You know that song “What do you want from me?” Yeah. That was playing in my head in an endless loop.

Then I thought, “Maybe it wants me to sync the controller with the system?”

I pressed the sync buttons. Aaaand nothing. That stupid picture continued to stare at me in the face. In a fluster I texted Beez, who doesn’t even HAVE an Xbox 360.

Apparently the 9,395th time is the charm, because I tried syncing that shit again and it worked.

I then had to go through the process of setting up and configuring the console. Alright, that’s not THAT big of a deal. But since it is me, everything has to turn into a big deal. Since I brainfarted and couldn’t remember my Windows Live password, I had to reset that, but then I was told my Windows Live account had been banned due to “suspicious activity”. Fan-fucking-tastic. After proving to the internet that I wasn’t a malicious creep I was finally allowed to sign in Xbox LIVE.

Then I reminded that my Xbox LIVE Gold subscription had run out. 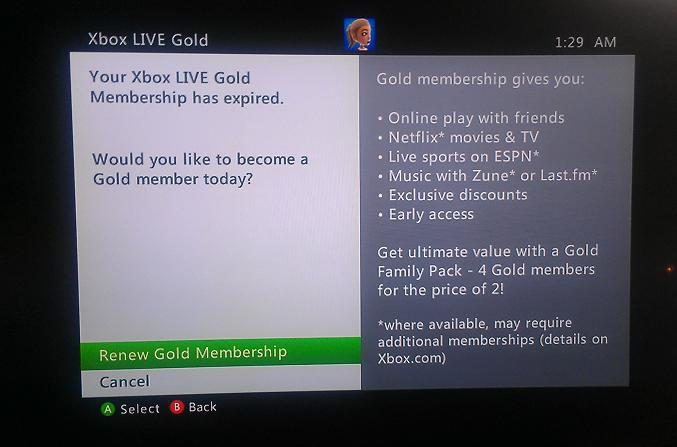 Snap, I need to change my time settings.

My PayPal account information had also changed, so I had to, you know, update that as well before dropping, what, 50 bucks on agold membership? I NEED THE GOLD MEMBERSHIP SO I CAN PLAY ONLINE AND GET MY GALACTIC READINESS OVER  9000, er, 5000!

But all that bitching aside, the end result was so, SO worth it. 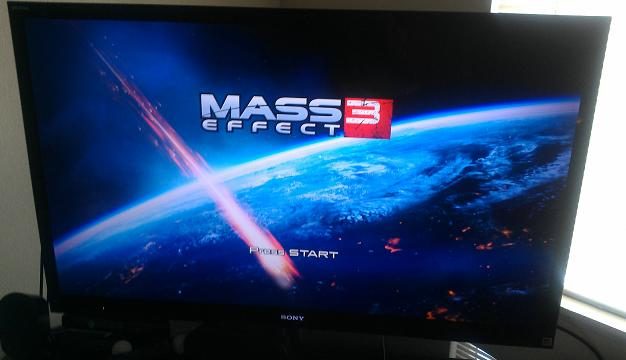 TWO HOURS, Mass Effect 3 — two hours and I will be done with you.