Yes. I know someone truly cares when they see old, empty boxes and think of me. 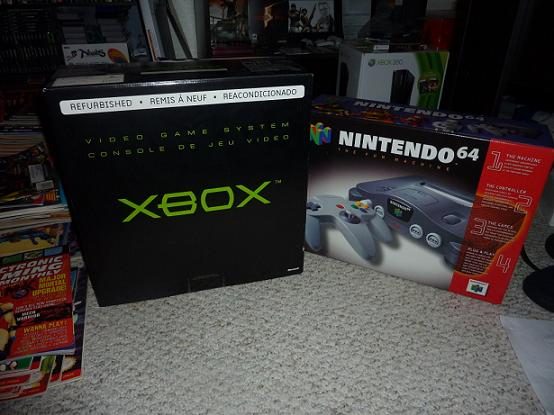 Go ahead, laugh. But you guys, I have this thing with collecting console boxes. I don’t know why. I really don’t. I’m sure it all boils down to something about me being a hoarder — which, by the way, all of you think I belong on that damn show aaaand you’re probably right — but whatever the reason for my obsessiveness, the empty Nintendo 64 box and the empty Xbox…box…are boxes I don’t own yet and therefore they make me extremely happy. Box. BOXBOXBOX.

But, uh, unfortunately I just now realized I have absolutely no room for said boxes.

I guess for now they will have to nestle on the ground… next to everything else I don’t have room for.

So, to the kind and sweet soul who saw old, empty boxes and thought of me: You are amazeballs, and if I could I would give you at least 12 hugs. And then I would challenge you to a duel which would involve empty wrapping paper tubes and Duel of the Fates. I mean, I have to make up for the niceness of the hugs, and whacking you with an empty cardboard tube sounds pretty epic.