I’ve been dedicating as much time to Mass Effect 3 as I can, but when it comes to dedicating time to blog about my experiences, well that’s a WHOLE ‘nother story. BUT NEVER FEAR (because I know you fear’d), I took many-a-photos of the gaming session that took place 13 days ago, which is where I left off in my log.

After almost boinking Specialist Taylor (good GOD) my mission was to investigate an Ardat-Yakshi monastery. Apparently some shit was going down and it was my duty to see wtf those crazy Asari were up to. When I arrived I found out that the reapers had been, like, spawning themselves inside Asari bodies, creating these disgusting looking nipple-y abomination things. Or I could refer to them as their real name; banshees. Whatever. 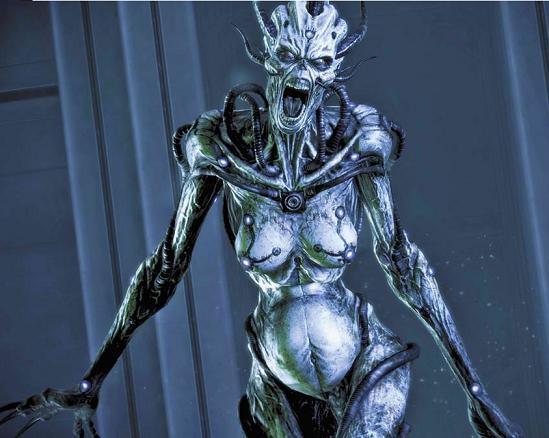 After finding a PDA, I found out that commandos had placed a bomb inside the Great Hall of the monastery in order to KA-BOOM the entire structure. SWEET, right? I mean, whenever there’s a problem the simplest solution is to blow everything up. Anyway, I eventually ran into Samara (Samara the asari, not Samara as in the stringy-haired-creepy girl from The Ring) and she told me she had two daughters, Falere and Rila stationed on the monastery. Apparently Ardat-Yakshi runs in the family. I REMEMBER WHAT HAPPENED LAST TIME I DEALT WITH YOUR STUPID DAUGHTER, SAMARA! 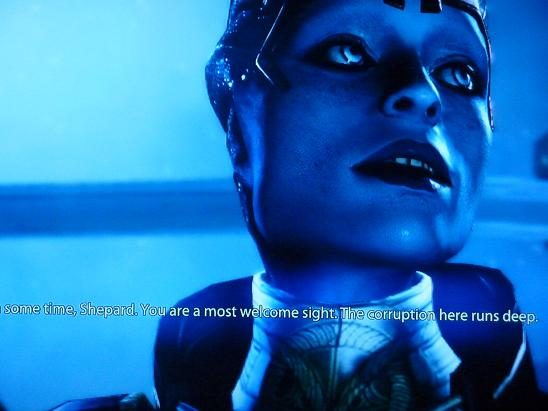 After killing stuff I ran into Falere. She saw Rila get drug into the Great Hall and had been trying to get in there herself so she could be all heroic and shit. After killing more stuff I made it into the Great Hall, where I saw the bomb and Rila – but Rila had already began succumbing to the Banshee disease (or whatever the hell you want to call it.) Falere, in her failed attempt to be the aforementioned hero, was at her side, trying to wake her up, save her, etc. Instead of waking up, Rila uh, tried to choke Falere. It was kind of awkward. But she then had a moment of sanity and told us to set the bomb and run.

So run we did. 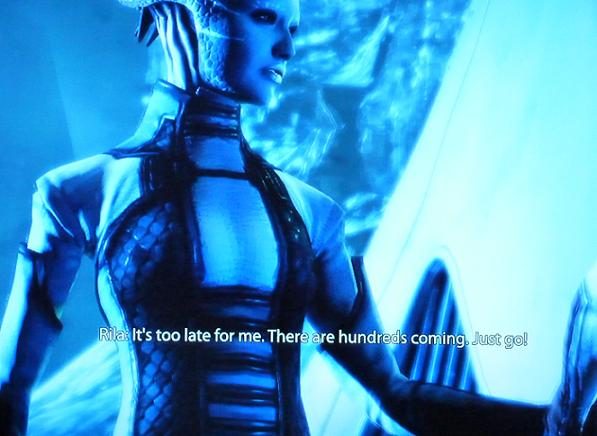 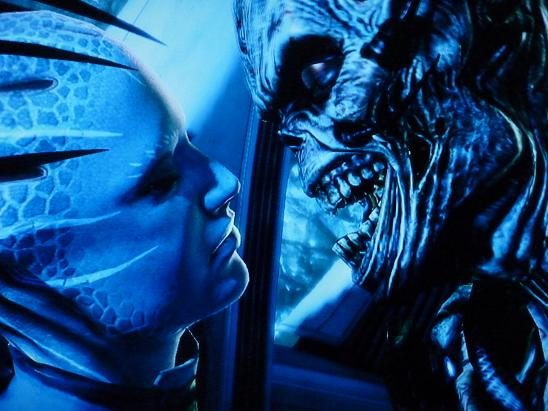 While Rila was being slowly killed by the Banshees, she blew the monastery to pieces. Let me set the scene: Poor Falere’s home was just destroyed, she witnessed mutilation of her people and her sister just sacrificed herself. This sounds like a good moment for Samara to step in as motherly figure and be all “OHAI daughter, never fear, I am here to love and nurture you.”

Instead Samara announces that good ol’ Rila needs to die since she no longer has an Ardat-Yakshi monastery to live at. Because, you know, it was just blown up.

BUT THAT’S NOT ALL. Oh no. Then she freakin’ drops the “By the Justicar’s code…there is only one way to save Falere” bomb AND SHE PULLS OUT A GUN AND PUTS IT TO HER HEAD. Like, Samara was going to kill herself because if Samara is dead, she won’t have to kill Falere. Thankfully a paragon button-prompt popped up and I was able to stop Samara from blowing her brains out. 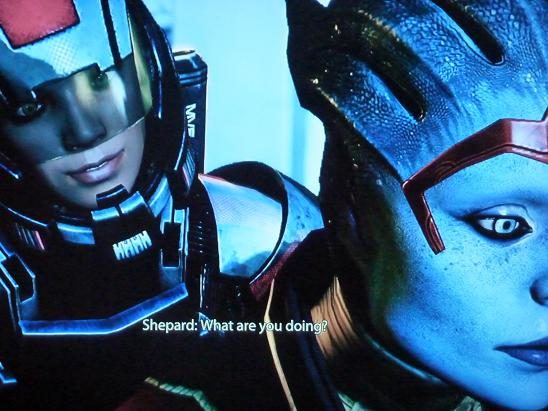 Poor Falere. That chick is going to have serious issues.

Anyway, Samara agreed to leave Falere at the destroyed monastery for some reason or another while she goes ahead and concentrates on the Reapers. But when the Reapers are destroyed she’ll come back for Falere. Whatever that means. Hopefully there’s a nice Ardat-Yakshi monastery Falere can go to. Otherwise it’ll be all, “Hey daughter! We saved the galaxy! But uh, now I have to kill you!” ::BANG::

My actions earned me a team of Asari Commandos.

After all was said and done, I got hammered with Dr. Chakwas. Thankfully we did not engage in a sexual relation that would have put my “relationship” with Kaidan at risk. I put relationship in quotes because this is one fugggggg’d up relationship. 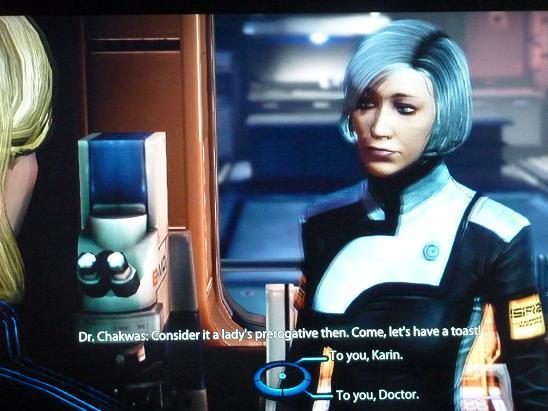 Then I met up with Miranda at the Citadel – she won’t tell me what is going on with her sister; the only thing she’s telling me is that her father is involved. Cool story bro. She wanted to meet up because she wanted access to alliance something-or-another, and I gave it to her, but hesitantly. Miranda is acting kinda shady and I know she’ll do a-n-y-t-h-i-n-g for her sister. OH. She also confessed to wanting to insert, like a control chip into Shepard while she was being rebuilt in ME2 and that she later regretted the decision. Thanks, brah. I hope this isn’t one of those “let me tell you everything before I suicide all over the place” sort of talks. 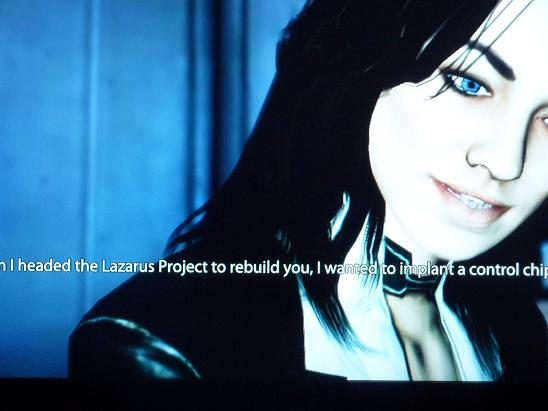 Whatchu got in store, Miranda?!