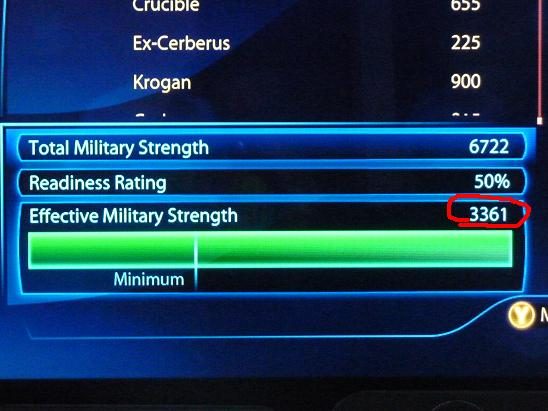 Because my galactic readiness was only at 3,361 I played ME3 multiplayer until it was up to about 4,500. And THAT, ladies and gentlemen, is when my Xbox 360 decided to permanently crap out, forcing me to settle for a refurbished console. The cocktard. AND as I’m sure you and the entire universe knows by now I waited a few months to hook up my refurbished console, thus ignoring Mass Effect 3 for far too long.

What does this mean?

Well, besides the obvious “YOU SUCK!” it also means when I went to check my galactic readiness it had dropped BACK down to 3,361 — apparently the points you accrue via multiplayer diminish over time.

Although I was bummed because I lost my points, I wasn’t too stressed because I remember having a really good time with Mass Effect 3’s multiplayer. And ZOMG, you guys, my memory served me right; I think I might be addicted to the MP. I LOVE LOVE LOVE the sense of comradery — although I wouldn’t recommend playing with a headset as people can get butthurt when you defeat the brutes, banshees, etc and get the points. I was called an “bastard asshole” once or twice. So maybe I should rephrase that. Whatever. Maybe another day. So yeah, I’m not playing with a headset anymore (there’s only so much artardedness I can take) but because everyone’s ultimate goal is to win against the AI I’ve only had one or two matches where my squadmates were douchebags. Other than that, everyone has been a real peach to play with. (Millions of peaches, peaches for me…)

Anyway, I dedicated all day to MP and had an absolute swell time doing so — except for that one time when host quit, the match glitched, the wave didn’t start over and I lost 18+ minutes of point building. That was the suckage.

NOW I MUST DO THIS THING THAT IS OUTLINED BELOW. ::puffs chest out:: 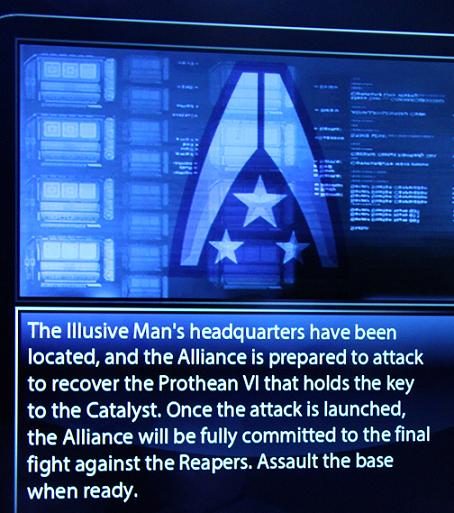 OOH! Also, this is super exciting. So after my first few matches I went to Twitter:

Who are these fine people who responded to me?