I was perusing the SM64 Fan Remake page and found the above video. Watch, friends. Watch and get warm ‘n fuzzies.

I LOVE me some Super Mario 64, and I have some serious freakin’ fond memories of playing it during my elementary and middle school summers at my grandma’s house with my cousin, James. Except I was a total asshole and pretended my asthma inhaler controlled the dust devils in Shifting Sand Land. Seriously. I’d take a puff of it and be like, “JAMES! Look what I just did!” Hahahahahaha such an asshole. 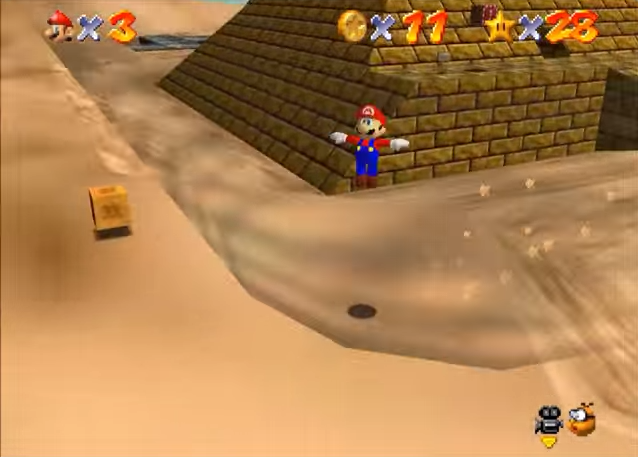 Back in my day I also enjoyed in-game LARPing. (“Back in my day”? What does that even mean? Geez.) The main castle courtyard provided an AWESOME place to do that. I would, uh, pretend Mario was a gymnast  (don’t give me that look — you know he can flip jump and twist like no other!) and Lakitu would be recording him for some reason or another. Then when Mario was all GOOD ‘N SWEATY from his gymnastic workout he would take a dip in the moat and cool down.

Bottom line, I would totally support an HD remake of Super Mario 64, official or not. I may not in-game LARP anymore, but it’s still a helluva fun game.