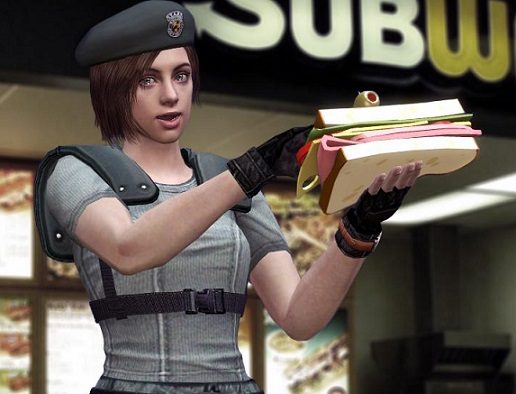 Soooo Capcom is worried that a percentage of these gamers, the ones in their 30s and 40s, are going to outgrow games altogether as they age which would mean bad news berries for Resident Evil. SO WHAT DOES CAPCOM DO?!

“The longevity of the “Resident Evil” title also comes with problems. The main user group is now in their late-30s to 40s, and the average age is also going up as the series goes on with an increasing possibility that some percentage of the existing users will outgrow games altogether. Therefore, there is a constant need to gain new users, and the creation of opportunities for exposure in fashion magazines was carried out as an example. However, obviously game information is not carried by fashion magazines.

Therefore, we have created opportunities for receiving coverage in fashion magazines by collaborating with fashion brands which are popular among young people. We are also actively working on spreading name recognition among non-gamers through expansion in other industries, including the “Halloween Horror Night” event in alliance with Universal Studios Japan (USJ) and the opening of the “Resident Evil Café and Grill S.T.A.R.S.” (a “Resident Evil”-themed restaurant) in Shibuya PARCO, Tokyo. These collaborative events are opportunities to be enjoyed by non-gamers as well, so it is important to plan them so that anyone can enjoy them and not aim them at a section of our core gamers.” 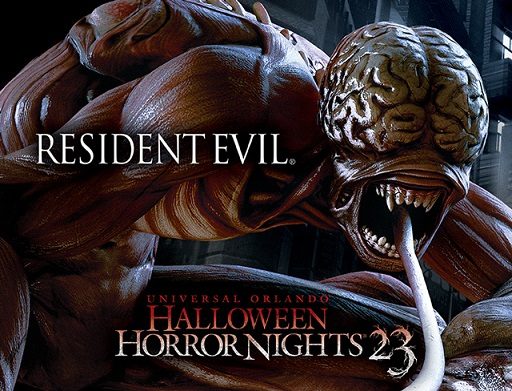 Huh. Okay, so I think it’s really cool that Capcom is branching out with the Resident Evil franchise and doing fun things and whatnot (anyone who knows me knows I love any and all things Resident Evil, hell, I flew to Universal Studios FOR the Resident Evil haunted house), but having a Resident Evil Cafe in Tokyo or a Haunted House isn’t going to convince gamers out ‘here in these western parts to purchase the next Resident Evil title. The series is faltering because of the reputations of the games, and I can’t help but think these promotional shindigs aren’t going to carry enough weight to boost those sales numbers up as high as Capcom would like.

If Capcom were to release ONE killer “OMG WE NAILED IT DUDEBROS!” title with Resident Evil slapped on the cover methinks a lot would change. I’m not going to kick a dead horse here, but Resident Evil as of late has tried to be something it’s not. It’s not an action, Gears of War-esque third person shooter. At it’s core, Resident Evil is survival horror, but that core is being covered up by crazy, unnecessary game mechanics in an attempt to appeal to a larger audience and…and…and I won’t kick a dead horse.

Bottom line: Advertising to a new audience is swell. But there’s a bigger issue here that should be addressed, and it’s the games. THE GAMES! The things that make us want to buy more of your products! GIVE ME GREEN HERBS! GIVE ME RED HERBS! GIVE ME DOCUMENTS TO READ! GIVE ME INTENSE, AGONIZING CORRIDORS WITH DEAFENING SILENCE! GIVE ME VIRUSES! GIVE ME LABORATORIES!

It sounds like Capcom is listening, though, so let’s keep our toes, fingers and other body parts crossed for the next installment.