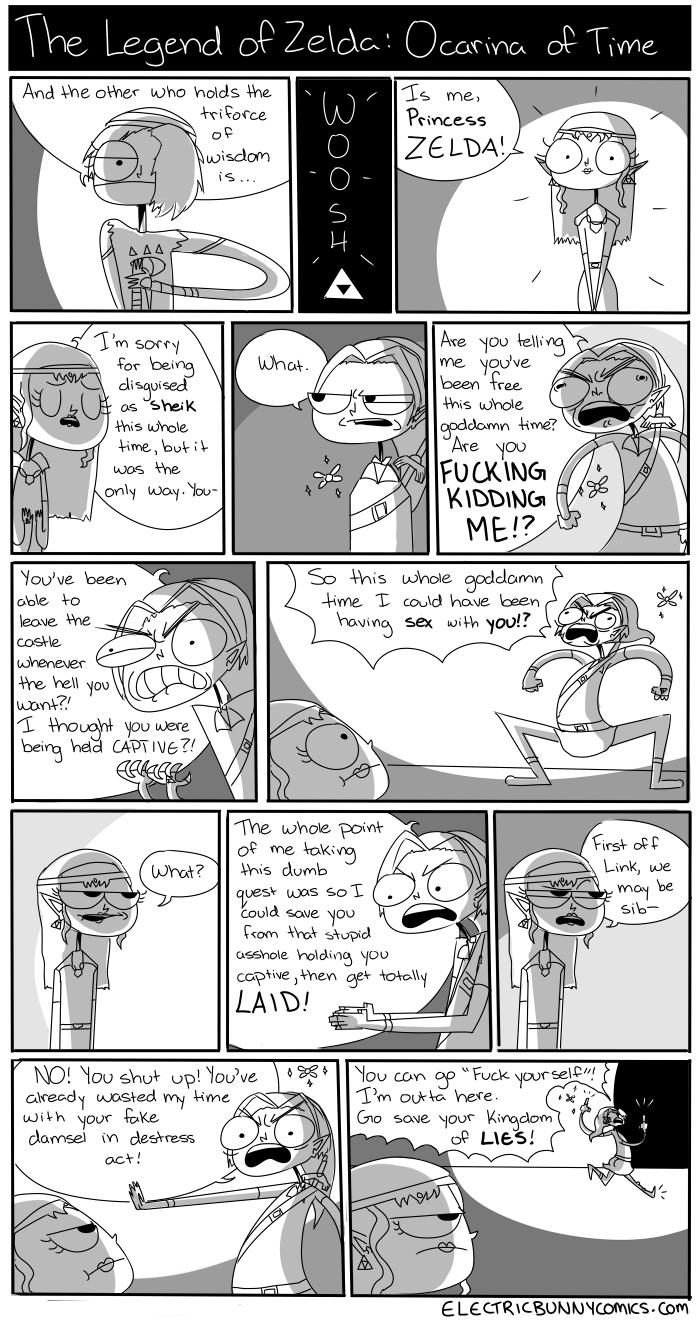 What Link fails to realize is that he HAD to take on the quest otherwise Ganon would have like totally taken over the land of Hyrule and uh DUHHH that’s not good for nobody you selfish Hylian bastard. GAWSH.

I always dig these parody comics. After all, if you believe in parallel universes and shit there haaaas to be a Link with an ulterior motive somewhere in the megaverse. And the want, motive and desire to get laid is very believable. So, let’s say in some other parallel universe Link truly gets pissed at Zelda for lying to him (a valid reason) — what then? Where does he go? What does he do with his life?

Perhaps he leaves his Hylian ways behind him and becomes the first accepted non-native Gerudo man. After all, a Gerudo man born every 100 years is not frequent enough man meat for the ladies of the tribe. Or maybe he becomes handy with a milker and a pitchfork and assumes a quiet life in Lon Lon Ranch. Maybe he goes drastic and gets fin implants and becomes a Zora.