SO THIS IS PRETTY COOL.

If you have an Oculus Rift you can download this bad boy’s beta right now. ZeldaVR’s beta limits players to the overworld and first dungeon, but it’s due for full-glory launch in March of 2014 for the amount of zero dollars.

It should be noted that a few folks — including the narrator of the above video– have complained of nausea and all that good stuff, which is to be expected when you’re whipping your head back and forth and looking at dem, erm high-quality graphics. I’ve heard improvements have been made, but I know the first time I dinked around with the Oculus at PAX 2012 I was a bit queasy for a few hours. That kinda sucked. I mean, the tech was AWESOME but it definitely made my tummy do flips. 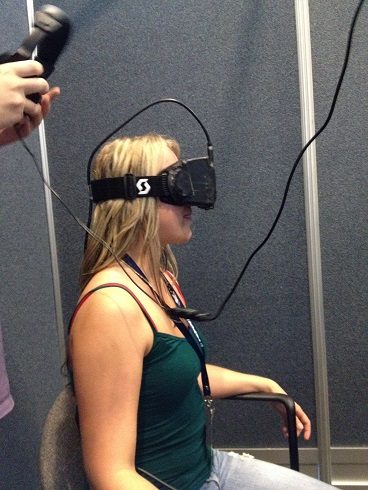 Last month I read a rumor (so it’s totally legit) that the Oculus will launch this summer for under $499. It was also recently reported that sales will be suspended due to shortage of components that are no longer being manufactured, so the brainheads are looking into alternate sources. SO. That summer launch could be pushed back. But still, I, like, really want one. Do you think you’ll pick one up? After all, we’re all rolling in the dough after buying these next-gen consoles. ;D