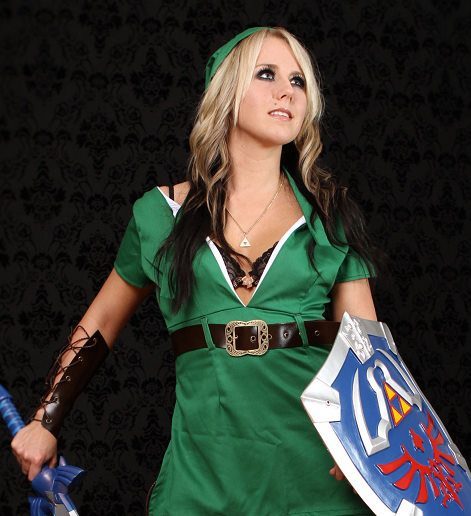 I’m still drowning in the game that is called “E3 Catchup” but I wanted to take a few minutes and let y’all lovely people know about an interview I was recently…uh, interviewed in! You can find it in its entirety it on NyNyOnline.

Nothing really comes to mind. I love being surprised by new characters, so I’ll leave the character design to the pros.

ALTHOUGH I will say I’ve written a few Final Fantasy/DBZ crossover fanfics in my day – someone from one of those stories could be interesting. Embarrassing, but interesting.

What gaming world would you live in?

Hyrule. Hyrule so hard. Ocarina of Time’s Hyrule, to be exact! I would conquer all of the temples. Then have some Lon Lon Milk and hit on Malon. Maybe later hang with the Gorons. Who knows?

Do you still (or maybe in the past) want(ed) to work in the game industry?

Of course! I feel like I’m doing that now. I’m able to attend cons as media, participate in some awesome giveaways, invited to certain events, etc. Of course I’m always striving to do more and get more involved. I WON’T REST UNTIL I HAVE A CLONE IN EVERY COUNTRY.