Poor Cole. Not only did his best friend of (seemingly) FOREVER betray him for a crack at having power, the only thing he loved was…well, killed. Dropped hundreds of feet from the air onto pavement. Uh, ouch.

I had a feeling this was coming. Kessler had made strange remarks to Cole in the past—like how Cole will have to suffer like he did and something or another about Trish—so it really wasn’t a surprise when she was kidnapped. But that being said, you better believe I busted my ass to diffuse those scattered bombs throughout the Historic District. FOR SOME SICK TWISTED REASON I THOUGHT I COULD SAVE HER.

In fact, when I had to make the crucial decision to either save the six doctors or Trish, I performed my first evil action and headed straight for Trish. EFF THE DOCTORS.

While I was scaling the building to reach her, Kessler kept saying how he was SO disappointed in Cole, yadda yadda yadda. So I finally get to her, and Cole yells, “TRISH!”…

…and this chick with a hood over her face was all, “TRISH? Who the hell is Trish? Get me out of here!” aaaaand my jaw dropped. Of course, I was then forced to watch Trish—who had been, y’know, chillin’ with the doctors this entire time–fall to her death. KESSLER YOU ASSHAT! You tricked me and made me question my morals!
So, like every other sane person would do, I manipulated the system and uh shut the PS3 off and restarted the mission. But this time I was going to save Trish. I couldn’t bear to let Cole live this crazy life by himself. ::cue the D’AWWWW::

Again, I diffused the bombs throughout the district and when I was prompted, I went after the doctors, knowing damn well Trish was one of them.

Anyone who had played inFamous is probably laughing at me right now.

When I saved the doctors, Trish suddenly became the OTHER girl hanging from the OTHER building.

So the bitch is doomed from the start, it seems. On the bright side, she approved of Cole using his powers for the greater good. I wonder what she would have said if I had been playing as an evil bastard all along. 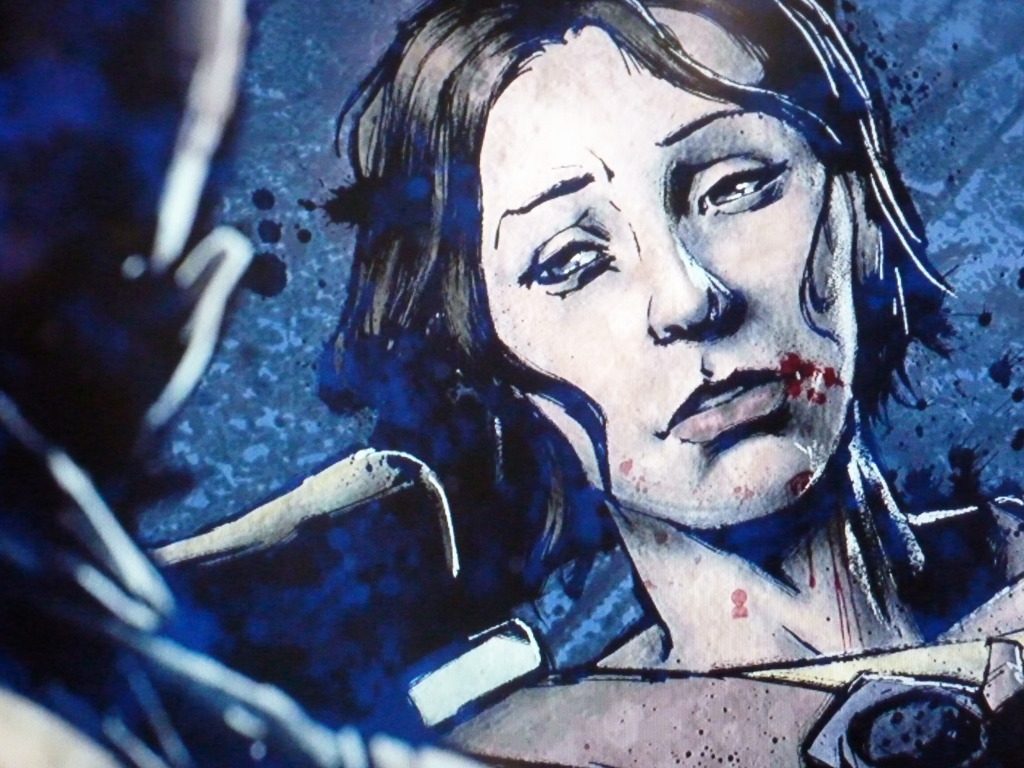 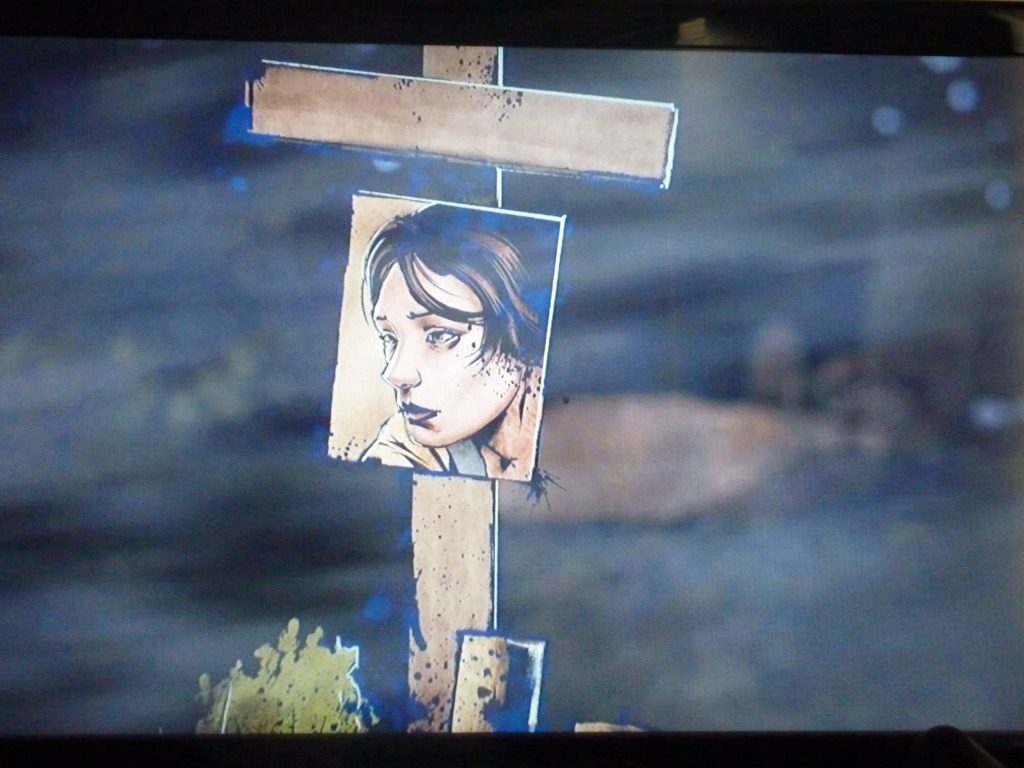 Not long after, Miss/Mrs (?) Moya contacted Cole, apologizing. I don’t know who she works for anymore, but all I know is she wants the Ray Sphere. She says she wants to put the sphere away where it won’t fall into the wrong hands. I also want to know what the heck she wanted with John. It sounds like HE wants to destroy the sphere, whereas she wants to lock it away. I’M SO CONFUSED. 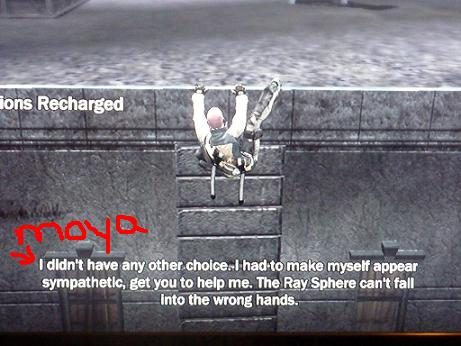 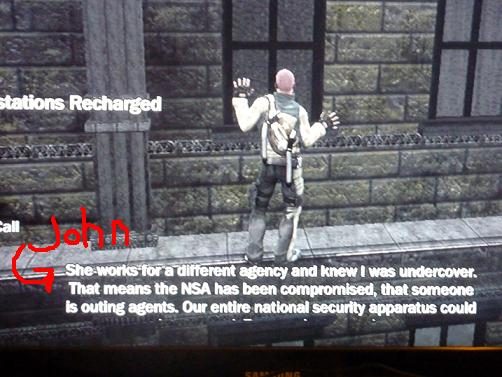 Guess who else called to chit-chat? A little ol’ friend of mine named Zeke. He briefly apologized about Trish, but it seemed he more or less called so he could whine about himself and his shitty luck: “Things didn’t go the way I had thought they would. Story of my life.” REALLY ZEKE? Gawd. Quit whining. To top it off, he seemed surprised when Cole wouldn’t talk to him.

Let’s see…I “destroyed” Kessler’s balloons. According to John, Kessler must have trained Sasha dry for all of that mind control reagent stuff. ALSO, they (they being Kessler and Sasha) had a relationship? I heard it from one of the satellites. CRAZY.

Now I need to meet John. We’ll see if he actually shows up. 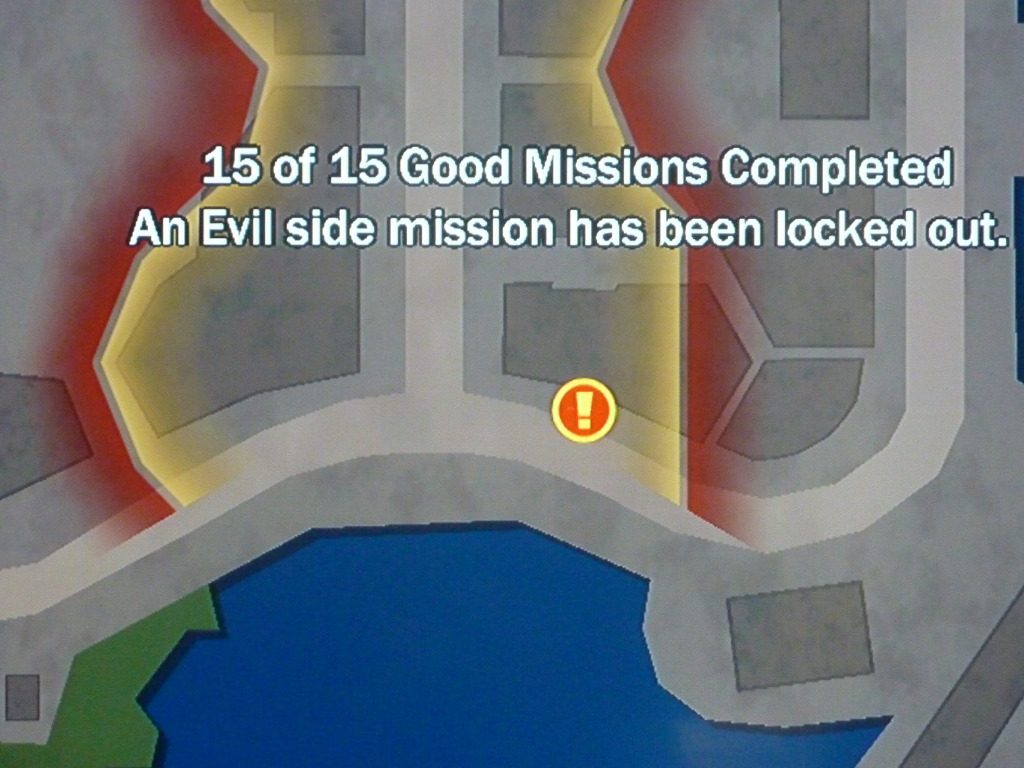 I’M SUCH A GOOD PERSON.