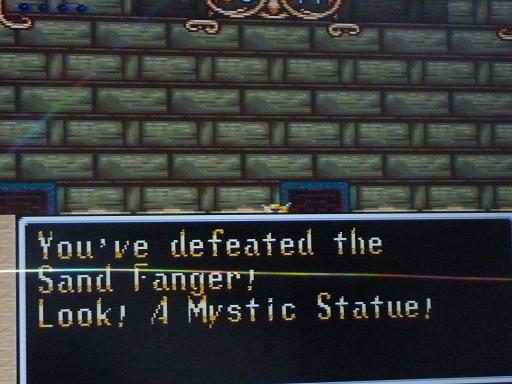 By the time I ran into The Great Wall of China’s – I mean, China’s Great Wall’s boss I hadn’t found Lance yet, but s’all gravy because I defeated this thing called a Sand Fanger and from it a Mystic Statue materialized. Isn’t it funny how that works? I mean, it’s like he had the damn thing sitting inside of his stomach and he was somehow able to survive all this time. And after I killed him it was like “OHAI TAKE ME!” ::floatfloatfloat::

Then I found Lance. He was, for whatever reason, standing at the end of a hallway. Lilly un-unfairied herself (poon) and confronted Lance – she said she had been worried sick about him, Lance apologized (or something) and told her that he was able to extract some, ahem, bodily fluids from the Sand Fanger to use to heal his father. Lilly then re-fairied herself (again, poon) for about 12 seconds before un-fairying herself and then told Lance that she loves him and that she wants to be with him forever. Lance then exclaimed that love was like “a million summer days!” and we rolled back to Watermia. Oh, love…

Once we were back in Watermia I participated in a drinking game. The game was as follows: there were five cups, one of which contained poison. You and your opponent would switch off drinking the entire contents of a cup until someone either ingested the poison, thus dying, OR until everyone was still alive and it came down to the last cup. Clever, Squeenix. Clever.

Thank GOD Will is psychic because the very freakin’ first cup I chose to drink was the one filled with poison – but Will stopped me from drinking that one. He was like, hey, dumb bitch, WRONG CUP. So I chose another, my opponent chose a cup, so on and so forth until it was my opponent’s turn to drink the very last cup. Since we were both still alive, it was obvious that the last cup contained poison. But instead of admitting defeat he, um, drank the cup and died. 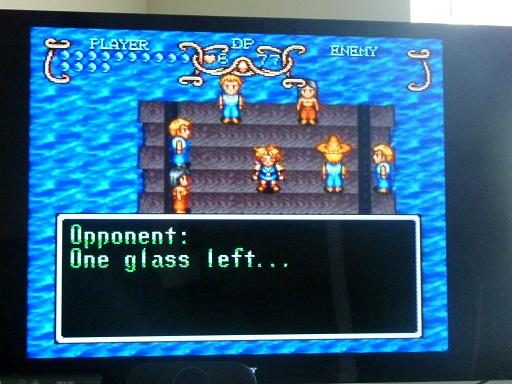 BUT this turned out to be a good thing because the deceased’s wife gave me four Kruks, which are weird camel-esque creatures. But seeing that I had six characters in my party and only four Kruks, two characters needed to stay behind or leave my aprty. AND WHO WOULD BE MORE APPROPRIATE LANCE AND LILLY?!!!

Ahem. Sorry, sorry. I just think this whole “I LOVE YOU!” spiel is silly. I know it’s a 1994 SNES title, but my God, I’ve seen little to no character interaction between the two, so it’s very eyeball-roll inducing. How am I supposed to believe you two love each other when you’ve shared maybe, what, 15 lines of dialogue? I mean, at least Will and Kara spent like 15+ DAYS together on a raft, and THAT was depicted before my very eyes. 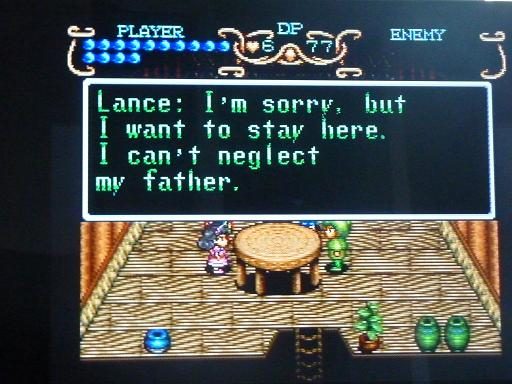 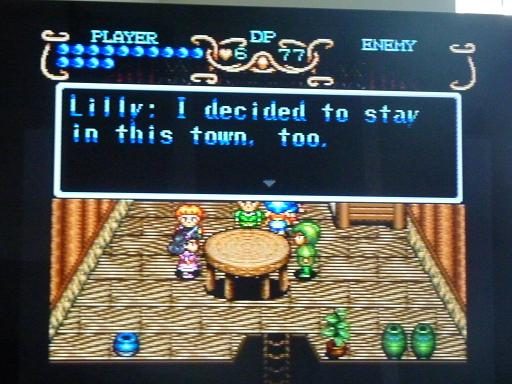 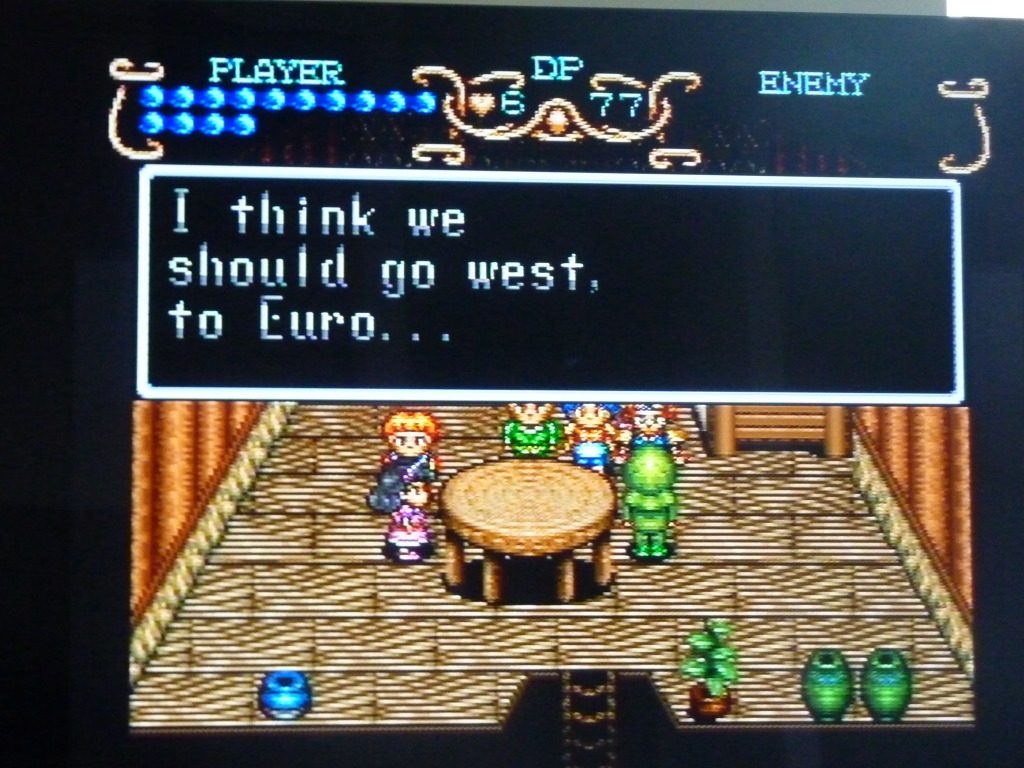 The four of us, sans Lance and Lilly, rode to Euro on our newly acquired Kruks. Neil’s parents were the big kahuna’s in Euro, and they ran some sort of…like, business. A trading company. I can’t remember the specifics except that it was shady and some of the townspeople were skeptical about the honesty of it all. There was also talk about this epic “teapot” at Mt. Kress that supposedly reflected one’s true form if the contents inside were poured on them. 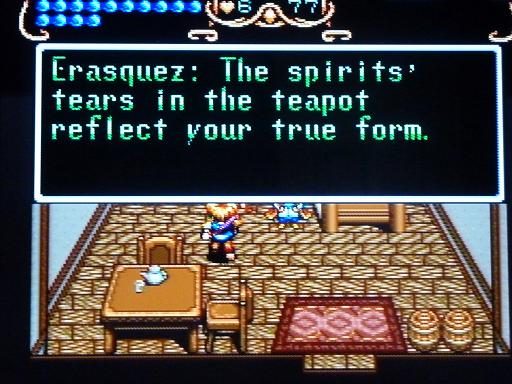