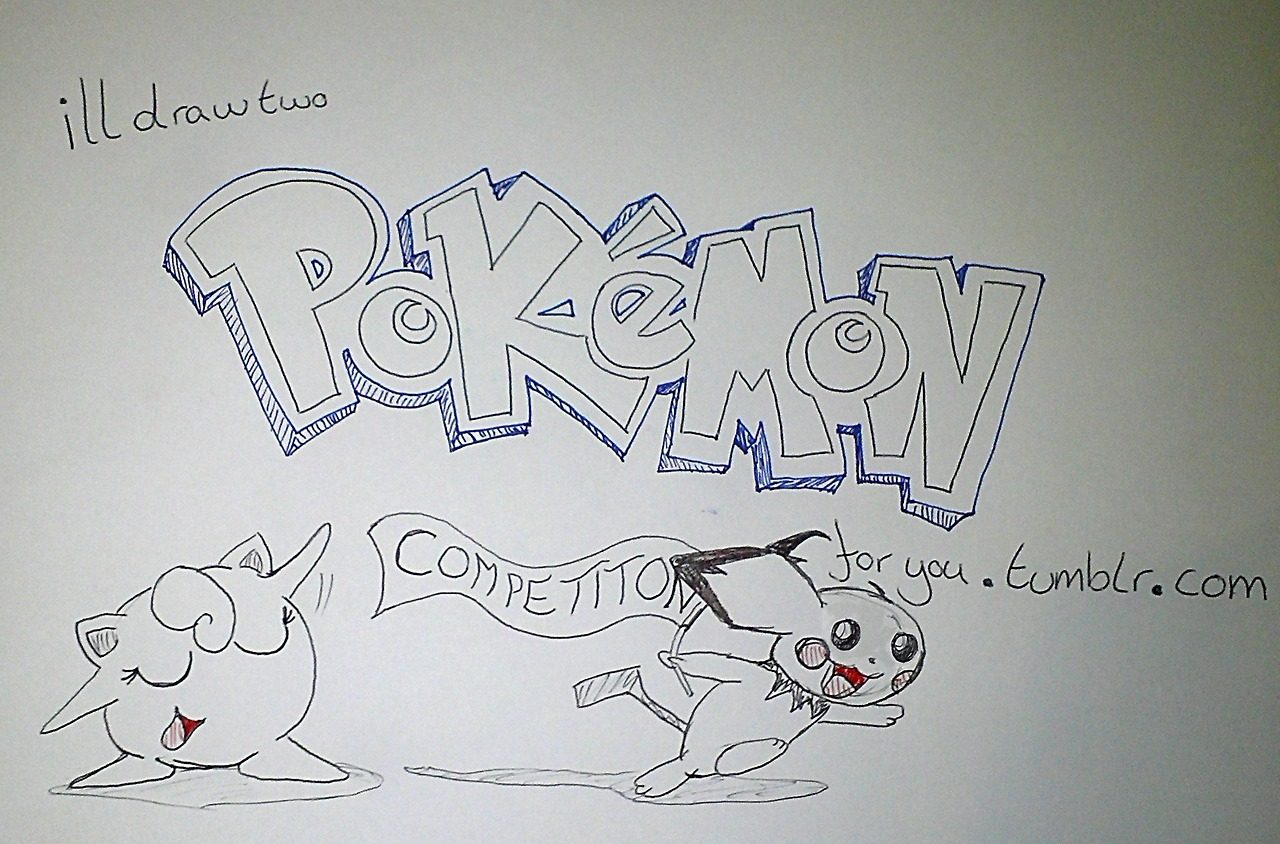 First of all, let me clarify that I will NOT be drawing Pokemon because, seriously, I’m the kind of artist that could screw up Jigglypuff, which is composed of nothing more than, like, a circle with two big eyes and a poof on its head. So yeah, there will be none of that.

HOWEVER, the talented artist behind illdrawtwopokemonforyou  has agreed to draw two Pokemon for yours truly. I thought it would be a fun idea to pass the creative responsibilities to you guys and allow YOU to decide what is drawn — and please feel free to be as rude and crude as possible. Hell, if you want the artist (David) to make me a part of the picture I’m sure he’d be willing to — just, like, don’t suggest sexual favors between Pokemon and I because that’s pretty much bestiality and I don’t roll anywhere near that way.

Here a few examples of his prior work:

“Please do a Sceptile in a Indiana Jones outfit swinging on a rope over a camp of soldiers firing at him while carrying a Gardevior firing a gun at the people below!” 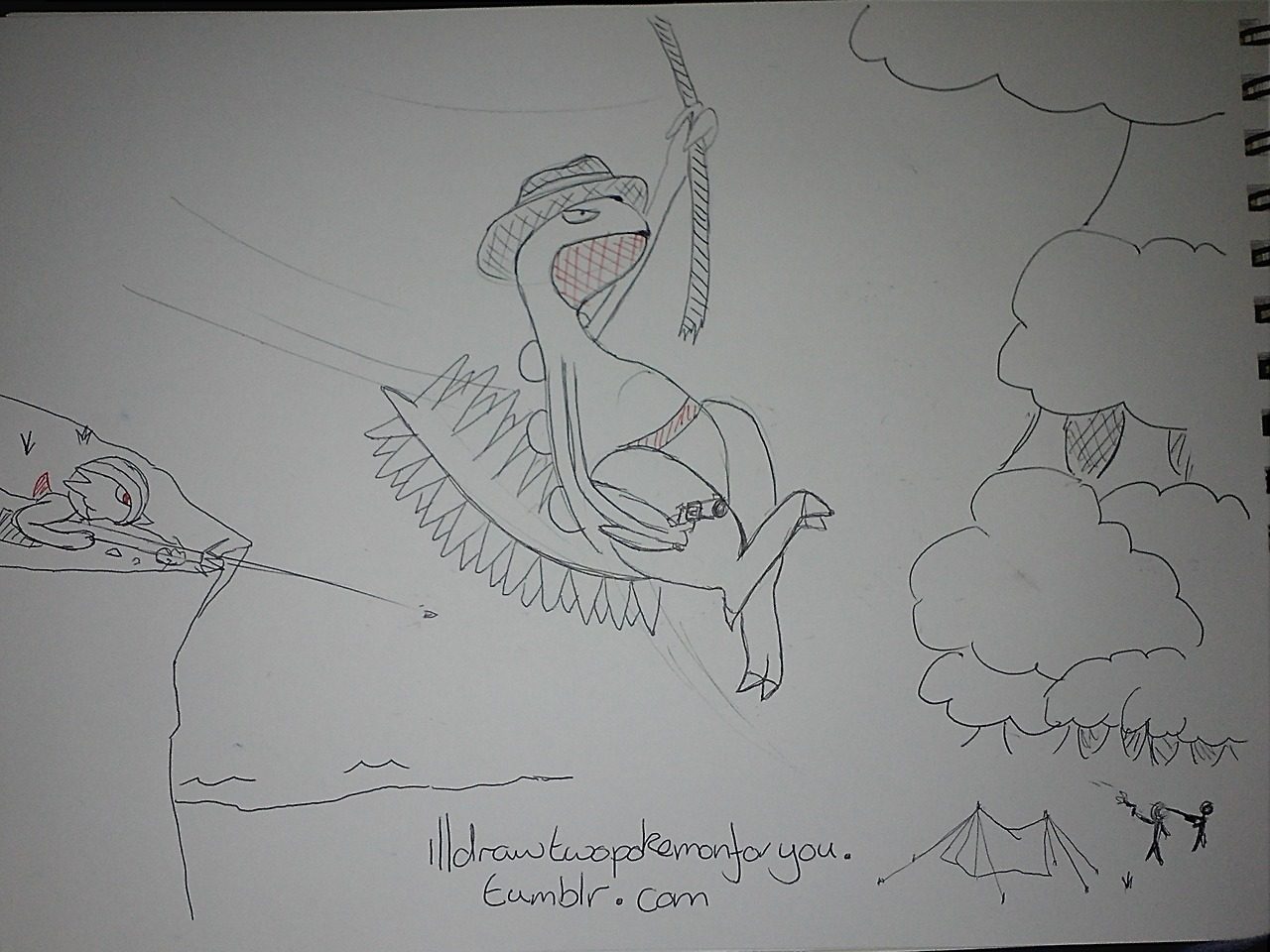 “Could you please draw a Pichu playing with a Jack-in-the-Box with a Gyrados as the little clown thing that springs out? Have the Pichu jumping up in fright as the box is popping open and the smaller than life Gyrados being as terrifying as it can be as it’s lunging out at the Pichu.” 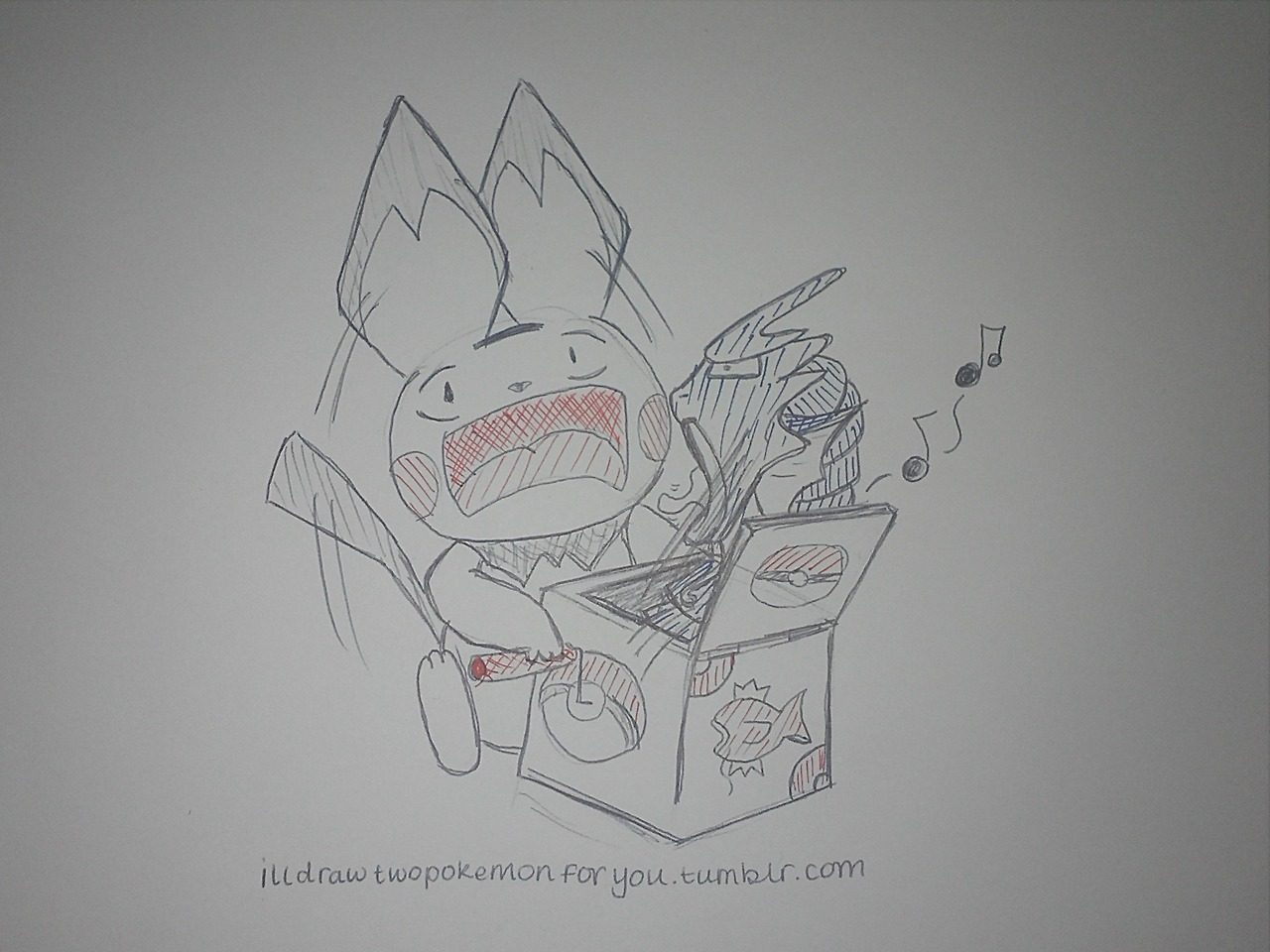 The finished product will be proudly hung in my woman cave, so make it good (and embarrassing)!